Dessie Hutchinson jumped off the ground like a cut-cat and if you looked at Rory Hayes, you'd have seen a corner back who was only delighted to have gotten a rise out of him.

We were a long way away, sitting in Semple Stadium's Kinane Stand but it wouldn't have taken a body language expert to tell that Hayes, smiling from ear to ear, felt that the psychological war had been won.

Hayes wasn't the only Clare man wired to the moon. Diarmuid Ryan was hurling up a storm early on and but his hurling wasn't the only thing talking. The Cratloe man won a free five minutes in and if you were listening you could have heard the roars over in Thurles town square.

END_OF_DOCUMENT_TOKEN_TO_BE_REPLACED

On the line, Brian Lohan was just as enthusiastic and when the Clare player's and management's passion came up for discussion on Monday's GAA Hour Hurling Show, Wooly, Conal Keaney and Damien Hayes came to the conclusion that this gamesmanship has been in hurling for years.

"Diarmuid Ryan won a free at the start and he shouted into the Waterford player's face," began Colm Parkinson.

"It was very aggressive but then again in the second half, Rory Hayes was goading Hutchinson after he'd won a free. You don't often see that in hurling and then it happened again when Austin Gleeson missed a point, Shanagher came over and goaded him. Gleeson went after him, gave him a bit of a dunt and Shanagher just dived onto the ground. 'Jesus,' I was thinking 'Hurling people won't like this kind of stuff." 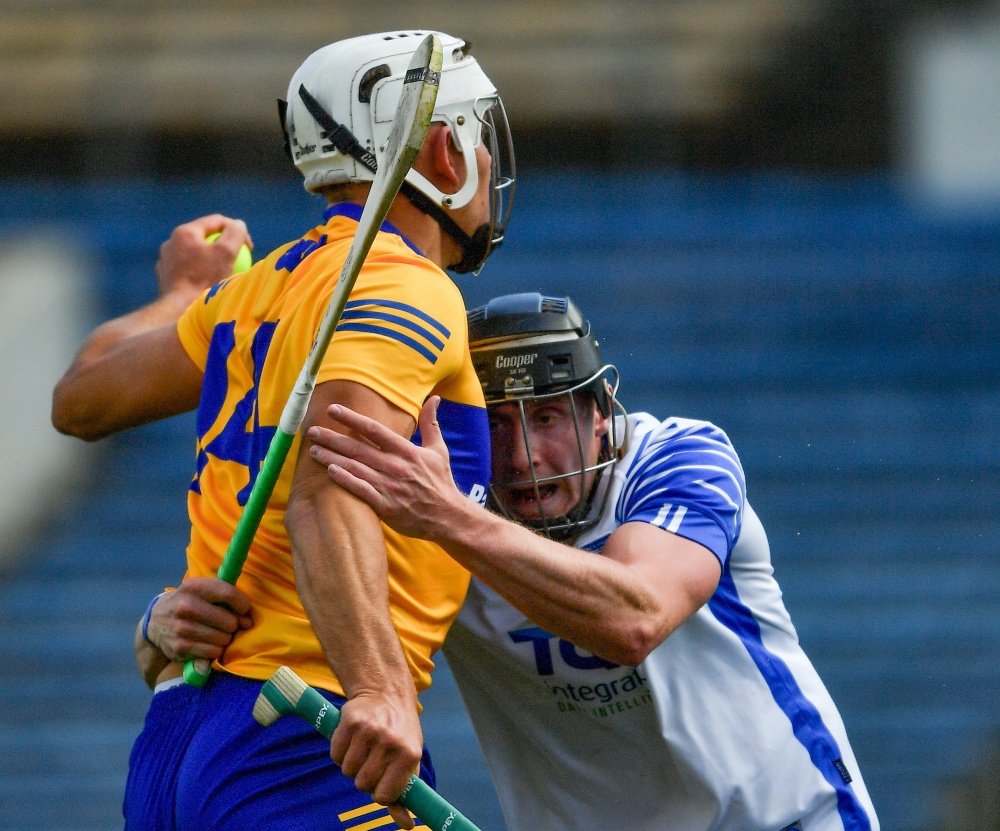 END_OF_DOCUMENT_TOKEN_TO_BE_REPLACED

Conal Keaney wasn't one bit surprised or disappointed to see it because in his 20 years playing for Dublin, if he learned anything he learned that you give as good as you get.

"I think that kind of thing happens all the time in championship and I think it's good to see it. Clare were just really up for the game and any advantage they got, they made sure Waterford knew about it. It kind of set the tone for them and you could see it in the players, that they were representing Brian Lohan, that they were up for this game."

Keaney argues that as long as this goading/sledging doesn't cross the line, all's fair in love and war.

"There are definitely players out there who would think about that. They'd be thinking about what they can say to certain players to see if it can upset him. I think that goading/sledging, that's been going on for years. You don't see it as much in hurling because of the helmets, but there's definitely as much going on as in the football. You'll say what you have to say to put a lad off.

END_OF_DOCUMENT_TOKEN_TO_BE_REPLACED

"Just say I was marking Damien and he missed I'd be like 'Jesus, I can't believe you're still on here! Are they not taking you off?' There's an element of enjoyment to it especially when you're after being jeered by a lad, and then you score a point on him. You go back in with a smile on your face then!" 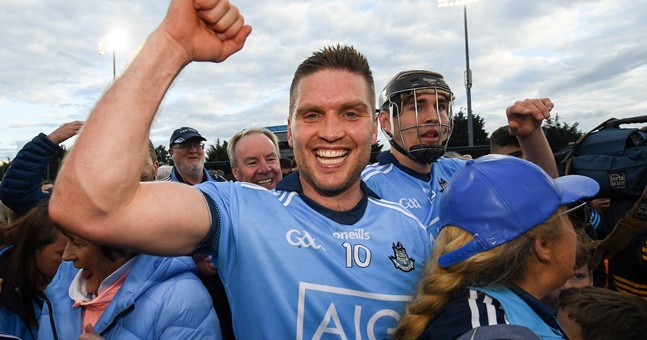 Damien Hayes, with a tongue-in-cheek, says that you couldn't be up to those townies with Shanagher and Hayes hailing from the Clare town of Shannon.

"You'll get that from townies, you wouldn't get that from the country boys! That never happened in Portumna so it didn't! Look it, I see it as no harm at all. Them lads probably got lots of it in their day. It was from Brian Lohan having them driven, having them motivated to the last and it just showed that they were up for it.

"That kind of thing has been going on for years, jumping in front of lads and roaring in lads' faces. It always depends who does it. Some lads do it and they get away with it and there's a blind eye thrown to it and then another lad, maybe a more high profile player does it and there's a big deal made of it.

"I don't have a major issue with it. I'd have more issue with a lad pulling across a lad's hand when he's striking the ball."


popular
“Players flourished when Roy Keane left” - Rio Ferdinand on why Keane was a 'detriment' to Man United
The moment Israel Olatunde realised he qualified for the Euro 100m final is what it's all about
Wexford, Waterford and Kilkenny down some good men as Australia calls
Jurgen Klopp reacted like everyone else to Darwin Nunez headbutt red card
"I went up to the Italians and gave them a big auld shoulder" - Paul O'Donovan does it again
Jamie Carragher on the two Man United players Erik ten Hag can't trust
"I cannot believe how Nunez thinks he's going to get away with that!" - Jamie Carragher
You may also like
3 weeks ago
Finian Hanley take on contentious Kerry free may settle some Galway arguments
3 weeks ago
Darran O'Sullivan on the post-match gesture that shows what Jack O'Connor means to Kerry
3 weeks ago
JJ Delaney on how Brian Cody kept him grounded after Hurler of the Year honour
3 weeks ago
"We were known as stab city, the butt of everything. Of all the things JP has done, he has made everyone so proud to be from Limerick"
1 month ago
McCarthy still harder than a brick wall
1 month ago
"He was getting a bit disillusioned" - How Damien Comer rediscovered his fire
Next Page