March 1, the countdown is on.

Michael Murphy spent his off-season in the snow of Clermont Auvergne. Lee Chin spent his on the ice-rink.

Shane Williams, funnily enough, spent his in colder conditions than the rest of them - in Donegal. 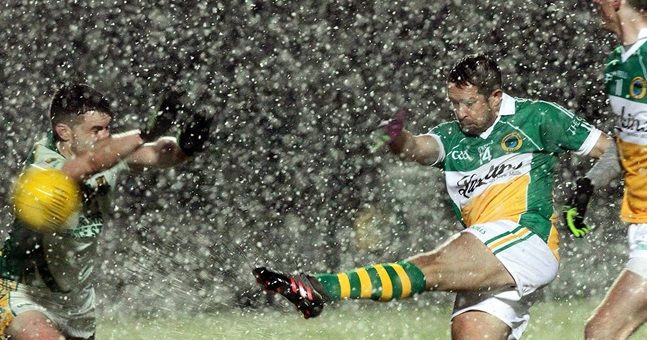 AIB GAA's renowned #TheToughest Trade documentary is fast-approaching and the excitement is palpable.

We already know that a Welsh rugby legend can kick four points through a north-west storm with an O'Neill's ball.

We already know that Michael Murphy can take a thumping rugby tackle like a champion.

Now, we get to see the full experience in two installments of #TheToughest Trade. Ahead of the first episode on March 1, Michael Murphy teased about whether he can make it with the oval ball.

Lee Chin, meanwhile, is adapting to a completely different stick - and a whole new type of footwear. 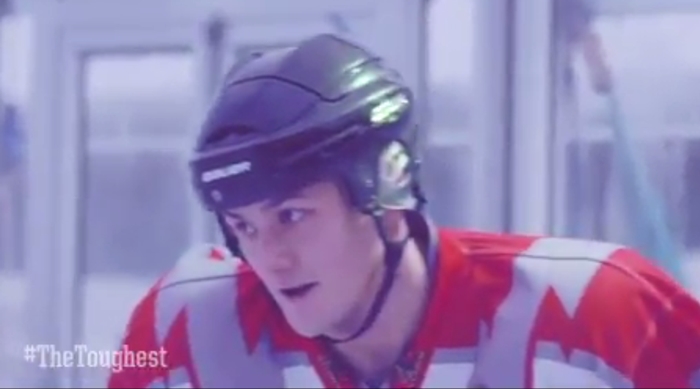 "The ice wouldn't be something that I'd be very used to," the Wexford man sounded nervous enough.

"It's crazy, there are a few rough boys in that game and it's going to be tough."

In AIB GAA's latest promo though, he looks like he's moving comfortably. Murphy? Well, a dead ball is a dead ball as far as he's concerned.

Check this out and keep March 1 and March 10 free. It's going to be some watch.

#TheToughest Trade, where 2 former professionals and 2 amateurs trade places to see what life is like in the others boots/skates. Tap for 🔊 pic.twitter.com/cfNxnZpewa


popular
The SportsJOE 12 o'clock quiz | Day 104
James Haskell on text exchange with Peter O'Mahony after Ireland's victory over Scotland
"Shane was just gifted. He could play centre back, centre forward, he had everything"
David Beckham recalls how a trip to Ireland got him in trouble with Alex Ferguson
The SportsJOE 12 o'clock quiz | Day 103
"The academy boys have turned into small monsters over the past few weeks" - Peter O'Mahony
"I have more work done than any player in Ireland" - The Trevor Giles tribute show
You may also like
6 months ago
QUIZ: Name the 32 counties from these club championship winners
1 year ago
'The Iceman' inspiring Neil McManus to get the best out of himself and the Glens of Antrim
1 year ago
The club that started the year with no manager and ended up in an All-Ireland final
1 year ago
Quiz: Which classic club GAA player are you? Take the test to find out
1 year ago
Dr Crokes have a simple way to produce good footballers but not enough clubs do it
1 year ago
The best club football 15 in recent history
Next Page