The GAA task force set up by John Horan to 'fix the fixtures' could be undermined by John Horan's plans for a tiered championship.

A vote will be taken at Special Congress today for the introduction of a new tiered structure that would see Division 3 and 4 counties excluded from the football qualifiers - unless they reached their respective provincial finals - instead, put into a B tournament.

But that idea threatens to lay to waste to the work of the GAA task force who are proposing radical changes to:

Currently, there are 11 teams competing in Leinster, 6 in Munster, 7 in Connacht and 9 in Ulster and it means that some counties have to arbitrarily win four games to reach the All-Ireland quarter-finals whilst others could have to win as little as two.

With John Horan's new plans for a tiered championship, it compounds that wound further given Division 3 and 4 teams would have to reach a provincial final to keep themselves competing for Sam Maguire. That means it would be easier for some teams (win one game for example) to save their A status than it would be for others. 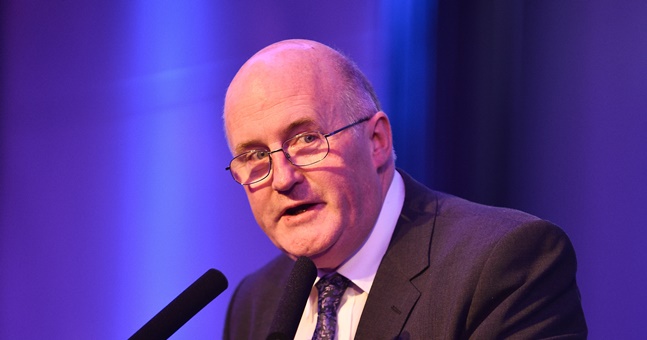 The rush to push through this tiered championship at this afternoon's Special Congress in Cork is more worrying given the nature of the work the task force are doing.

The Irish News have learned that plans were afoot to create four provinces of eight teams for the football championship.

'The lowest placed Ulster team in the National Leagues would move into the Connacht championship, while three would move out of Leinster – one to Connacht and two to Munster. The championship would then be played on a round robin basis,' Cahair O'Kane writes.

Other plans involved analysing different types of structures and ways to free up the club calendar to work with the inter-county season.

There are other proposals among the task force's work, none of which are likely to be implemented if the GAA push ahead with their tiered championship idea at today's Special Congress.

popular
The SportsJOE 12 o'clock quiz | Day 140
"There's times I do think I probably have let people down but in fairness, I have got good support from back home"
Getting 20/20 in our Champions League quiz would be a miracle
Frustration boils over for Shane Lowry at PGA Championship
Only a Champions League fanatic would get full marks in this quiz
Jonny Hayes and Aberdeen teammates apologise after Covid cluster shutdown
Robin McBryde on training session that sent message to Leinster's international stars
You may also like
3 weeks ago
Clubs set for ticket mayhem with no more than 50 supporters per club
3 weeks ago
Dublin club Man O'War suspends all training and matches after positive Covid-19 test
1 month ago
"I thought, 'What better time to get my experience than in a global pandemic?'" - Síofra Ní Chonaill
2 months ago
QUIZ: Name every All-Ireland football winner of the last 33 years?
2 months ago
Antrim's greatest day relived as TG4 unveil stunning schedule for June
2 months ago
What is the sport they are playing in Normal People?
Next Page