VIDEO: Lacrosse players in Canada try hurling for the first time and they're in love

"Oh, you can use your hands? That changes everything!"

They're both hard-hitting, they're both frantic and they both require tremendous stick work. 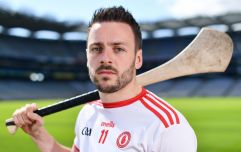 END_OF_DOCUMENT_TOKEN_TO_BE_REPLACED

Both are steeped in long, long history as well, each apparently used as an alternative to battle way back when.

But some of our transatlantic neighbours have been sampling the fastest field sport on the planet as a substitute to their own first love, lacrosse, and it's safe to say that they're convinced. They get it.

With some American high schools adding GAA to their PE curriculum, hurling is taking off in Canada now.

Dublin man David Wogan has been living in Toronto for three years now and he took it upon himself to teach some of University of Toronto's lacrosse team the beautiful game. 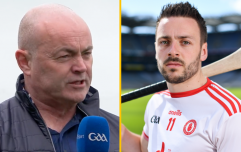 END_OF_DOCUMENT_TOKEN_TO_BE_REPLACED

"Every time I play hurling, I instantly get talking to a local Torontonian eager to learn more about the sport," Wogan spoke with SportsJOE. "I wanted to get Canadian athletes to try hurling, so I reached out to the University of Toronto lacrosse teams and they were naturals at it.

"They even talked about starting a tournament at the university: 'If you told everyone to come we could get a huge club going here. Anyone who has a stick in their hand or a ball on the ground could basically pick it up. We were hoping to get a game going, if we can get enough sticks together.'"

David Wogan created Play Hurling with the goal of spreading the sport to a global audience using video content.


popular
Kieran McGeeney on the defensive after post-match questions on brawl
Damien Comer targeted in brutal, chaotic Armagh and Galway brawl
Conor Gleeson's gesture to heartbroken Ethan Rafferty a tonic after sideline brawl
Shane McGuigan does a 'Sueey' Cristiano Ronaldo would be proud of after winning MOTM
Roy Keane makes good on bet after seeing Cork fall to Dublin
"That bit of a fracas nearly woke us back up again" - McDaid never doubted his boys in the shoot-out
Erik ten Hag 'orders specific grass measurements' and strict eating plan
You may also like
1 week ago
Limerick's Gearóid Hegarty jokes that the lads were 'disgusted' about their physiques being shared over social media
2 weeks ago
"There’s nothing worse than a bad winner" - Niall Moran took issue with Brian Cody's behaviour following Leinster final
1 month ago
Three hurling games, one Ulster championship clash, and an u20 All-Ireland final on TV this weekend
2 months ago
Late free drama as Lee Chin leads Wexford's great escape against Galway
2 months ago
"By the summer, it will be a luxury to get an ash hurl" - How the war in Ukraine is forcing hurley makers to shut down
2 months ago
Dessie Farrell puts to bed Con O'Callaghan return rumours
Next Page