After all that, UL take freshers title

For a while, we thought we'd never see the day. A venue dispute had the 2019 All-Ireland freshers championship up in the air for the guts of three weeks but after the associations, the colleges and the players came to an agreement, the final between LIT and UL eventually took place on Thursday afternoon in the Gaelic Grounds.

And it's a good thing LIT are a sporting bunch because barring their honourable re-fixture offer, they would have been undeserving champions of this competition.

UL ran out comfortable winners of this college derby in the Ennis Road grounds, annexing two final losses in a row as they defeated LIT on a scoreline of 3-17 to 1-10.

Oisin Flannerry of Galway, Cathal Ruane of Clare and Billy Power of Waterford were the goalscorers for the University, who led by only one at half-time, before stretched their considerable legs in the second half. 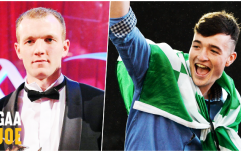 END_OF_DOCUMENT_TOKEN_TO_BE_REPLACED

The resolving of this competition will come as a big relief to Higher Education GAA, after it was for weeks enshrouded in uncertainty and in controversy.

It all started on March 13 - the date of the original fixture when with the original venue Mary I was deemed unsuitable for the game. A toss for home or away was then held and with LIT winning the toss, the game was meant to be played in their grounds. Yet with LIT as well as Cathal McAllister and his match officials showing up in Moylish, UL went to Mary I.

popular
The SportsJOE 12 o'clock quiz | Day 76
The SportsJOE 12 o'clock quiz | Day 75
SportsJOE 2000s Football Quiz | Round 4
Cristiano Ronaldo and Ronda Rousey among top 20 most charitable athletes in the world
Sadio Mane 'agreed terms with Real Madrid' before Zinedine Zidane's departure
Joe Rogan reveals the diet and training plan that keeps him so shredded
Dustin Johnson says cocaine was not the reason for his break from golf
You may also like
2 months ago
April club month a goner as virus threat causes longer delays
4 months ago
"If I didn't improve, I definitely wouldn't have got in anyway"
5 months ago
1-32 table of the most competitive hurling championships in Ireland
7 months ago
Cian Lynch's last five minutes in Limerick final will be remembered with the best of them
8 months ago
Feast of club GAA live on the box and GAA GO this weekend
8 months ago
Ballyhale post cricket score as King Con and Hedgo light it up in Dublin
Next Page