There's only one man to man-mark Tony Kelly

Tony Kelly had it all his own way against Waterford.

Playing centre forward but drifting like a barge, it was about as easy to predict as the Leinster football championship. But the Déise didn't change a thing.

Tadhg De Búrca sat back as he always does while Conor Gleeson and Jamie Barron played their own games in midfield. It was mind-boggling stuff with the best freestyle hurler in the whole country given the freedom of Walsh Park.

The Ballyea man duly went to town, racking up five from play in a performance that earned him his first ever man-of-the-match award in a senior championship game.

Tipperary will hardly be as naive.

The Premier County are not renowned for tailoring to the opposition's strengths, but Kelly's ability to run riot is stronger than anything they'll encounter this year and may just force Liam Sheedy to change tack.

A real confidence player, if Kelly gets an early point he'll let the shoulders back and he won't just go town, he'll come back with a pocket-full of highlights too.

Cheddar Plunkett reckons there's only one man for the job. Speaking on Thursday's GAA Hour Hurling Show, the Laois man dubbed Borris-Ileigh's Brendan Maher, the former All-Ireland minor winning corner back as the perfect player to shadow TK's every move.

"Brendan Maher has played midfield, will you delegate the likes of him so he actually man-marks Tony around the field? You might sacrifice a forward to do that for a period of the game (to allow it to happen)

"Tipp have players who can do that, particularly Brendan Maher. Bare in mind, Tony Kelly is out near midfield a good bit, but he also punches holes in your defence. You need a good tackler, a good defender, a very patient and resilient player. I'm just looking at Brendan Maher because he fits all of those things," says Plunkett.

"An intelligent player, if you could sacrifice him, he could certainly turn the tables on Tony and you could see him becoming frustrated," added Plunkett. 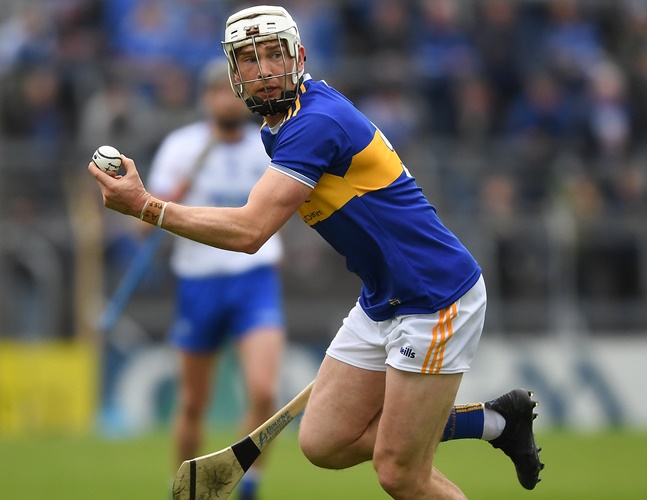 The good days are spectacular but when the ball doesn't break, the 2013 Hurler of the year can cut a peripheral, frustrated figure.

"There has been an awful lot of games where Tony himself has become very frustrated by moving an awful lot but not getting enough possession. The next time you see him then, he's on his own 14 or 21 - you're going to be happy enough to leave him there, he's not going to hurt you back there.

In Kilkenny, Conor Fogarty could probably do a similar job, as could Johnny Coen for Galway. In Tipperary, the man is Brendan Maher.

You can listen to this debate, and much more from Thursday's GAA Hour Show here.

popular
The SportsJOE 12 o'clock quiz | Day 77
The SportsJOE 12 o'clock quiz | Day 76
SportsJOE 2000s Football Quiz | Round 4
QUIZ: Can you name the Football Italia cult heroes? | Part 2
QUIZ: Can you name all 24 champions of the English football league?
Baz & Andrew's House of Rugby - Jacob Stockdale sets sight on Lions
The SportsJOE 12 o'clock quiz | Day 75
You may also like
1 week ago
"That's done at the end of a sprint, jumping off one leg" - Kevin Feely on the art of fetching
2 weeks ago
“Talent wise he’s as good as there has ever been in Gaelic football"
2 weeks ago
"You had no other choice but to get down and dirty with these boys"
2 weeks ago
"My fondest memory is definitely beating the Dubs in Parnell Park, that's just f*cking brilliant"
3 weeks ago
JJ Delaney tribute: A hurling legend made of different stuff
1 month ago
Arsenal S and C coach on how to keep it ticking over during the lay-off
Next Page