Passing the ball, Ciaran McDonald could write the bible on it.

The legendary Crossmolina figure didn't just pass it you see, he did it with grace, poise and above all, he did it with a post man's accuracy too. That's why he's idolised all over this country, it's why the good people of Mayo were falling over themselves with excitement as soon as James Horan named him as a member of the backroom team last year.

This year, we're seeing why. In a power hour of cutting football, Mayo ripped Galway apart with a sublime blend of athleticism, hunger and skill. What was most impressive about their Tuam Stadium whirlwind was that from one to 15, all of this was in unison. Pass and move. Head up, play ball.

Mark Moran was the star of the show and in his post-match interview, he praised McDonald's influence on the team before sharing McDonald's modus operandi, scanning far to near.

"He adds so much movement and just (helping with) the decision making as well, he's great to have in the team. He's a great impact there for the forward line, the space and everything - 'scanning far to near,' it's great to have him in..."

On The GAA Hour, the voice of reason Cian Ward talked about the belief this philosophy can create in a full forward line.

"It was interesting in the post-match interview," began the Meath man, "Mark Moran mentioned Ciaran McDonald and he talked about scanning far and scanning near, so basically what he was saying there is that when lads get possession, their immediate instinct is to try and get the ball in as quick as you can. If that's not on, then you can play it a little bit shorter, and that's very encouraging. I can speak from playing in the forward line because if you know the ball is coming, your movement is going to be good because you know it's going to be delivered..."

Colm Parkinson took up this point, adding that he'd like to have seen the team make more use out of their spearhead, the fox in the box Aidan O'Shea.

"Aidan O'Shea in at full forward full-time, no in and out and messing. We know James Horan usually prefers him at centre forward, played him at centre field last year..." 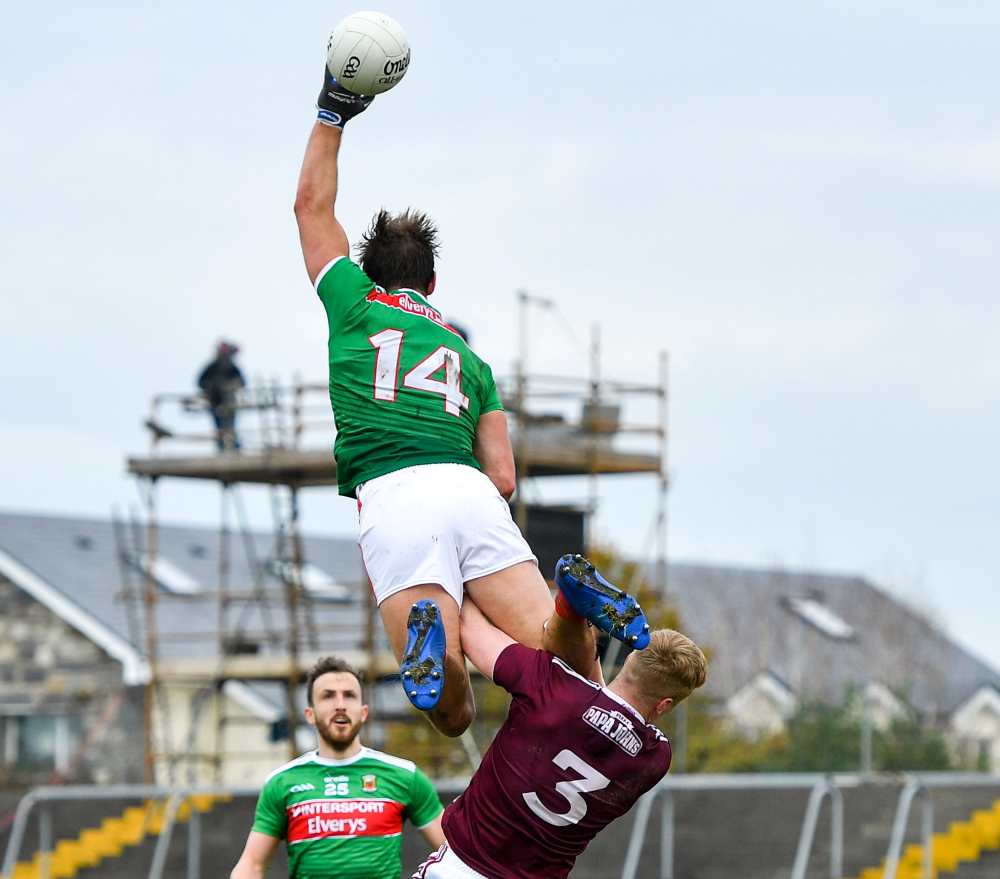 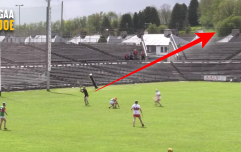 Mayo goalie scores a big whelp of a point from his own 14...with miles to spare

END_OF_DOCUMENT_TOKEN_TO_BE_REPLACED

"Definitely," says Conan Doherty, "It's chaos when O'Shea gets the ball inside and Sean Andy O Ceallaigh was really struggling on him. I felt like if they thought the high ball wasn't on, then they thought Aidan O'Shea wasn't an option. But he was out in front sometimes. I remember Donaghy took Aidan O'Shea to the cleaners because he just started winning low ball. If you're going to play Aidan O'Shea in there, you need to use him a bit more. He should be the fulcrum of that team..."

None the less, in O'Shea, O'Connor and the lively Tommy Conroy, Mayo have an inside line that will give the best defender's headaches.

"There's a nice bit of balance in that full forward line. Aidan O'Shea for his size, again I'd like to see him used a bit more. Cillian O'Connor for his accuracy and Tommy Conroy is a complete livewire. I like to see little dynamics forming in a full forward line and especially with O'Shea there, you're almost guaranteed the opposition will play a sweeper in there because they have to. Now you've a man free out the field who can cause overlaps...." 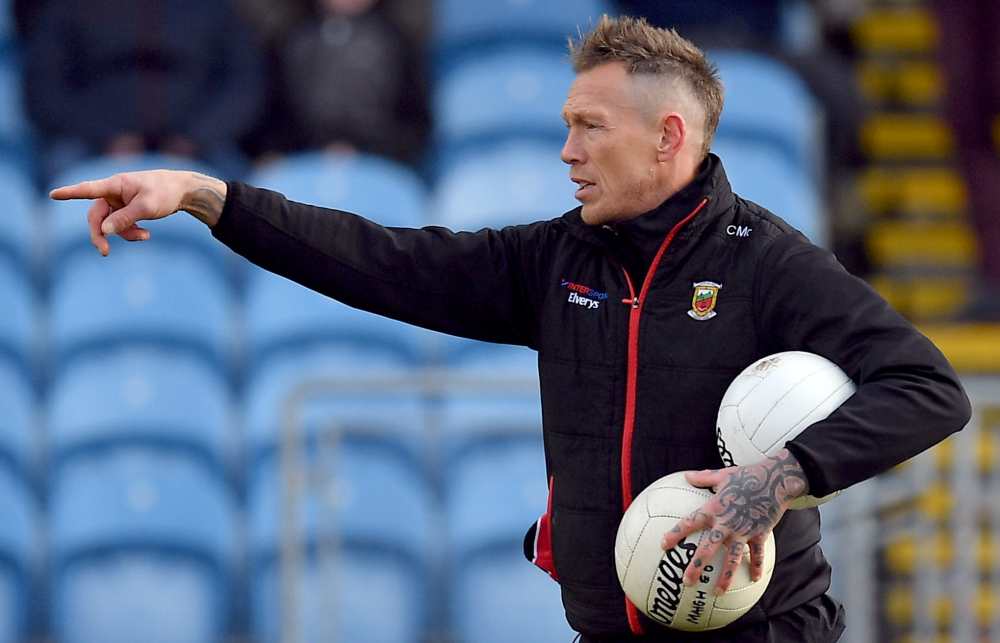 "Overall I'd have to compliment the Mayo management on the preparation they've done with the team," continued Ward, "They definitely didn't have them over-trained, there's a number of teams who looked over-trained at the weekend but Mayo were really on top of the ground all over the field, from their new players to their more experienced players. There was just a bit of vibrancy about them, they had that bit of cut to them..."

Mayo folk have had their fair share of false dawns so let's not to get too carried away here and remember that this was only a league game with no form lines going into it...but the signs are positive ones.

You can listen to Monday's GAA Hour here.


popular
Rory O'Connor gets Wexford out of jail as Shanagher throws it back
Alisson gives moving post-match interview after scoring late winner for Liverpool
Conor McGregor sends message to new UFC lightweight champion
QUIZ: Can you name these La Liga cult heroes?
'Stop, stop, STOP!' - Texas crowd left stunned as UFC legend has arm snapped
Burnley report Leeds' Ezgjan Alioski over gesture made towards Dwight McNeil
The SportsJOE 12 o'clock quiz | Day 352
You may also like
1 month ago
"It kind of adds to the ammunition for the people you're playing against."
1 month ago
"It certainly limited me, I was not at near full capacity" - Durcan's first half of steel and desire
2 months ago
"People that get All-Stars aren't just a cog in the wheel. These are the special, outstanding players"
2 months ago
25 years after her Mayo debut, 39-year-old Cora Staunton is still scoring for fun
2 months ago
De Búrca keeping positive as Fenton and Hegarty are the top dogs
2 months ago
Cavan make history as Dubs dominate the 2020 Football All-Stars XV
Next Page