"I still think they're a player or two short to really compete against a Dublin or a Kerry."

For the first time in nearly two decades, Mickey Harte won't be standing in the Tyrone dugout for the National League. Despite all of his success and unquestionable work ethic, Tyrone fans can't help but be a little excited for a fresh start.

It's not just the Tyrone faithful whose curiosity is peaked by this new-look side. Speaking on The GAA Hour, Colm Parkinson said: "Tyrone are a very interesting team because they have new management in Feargal Logan and Brian Dooher, so the big expectation with Tyrone is that they're going to open up and be a less defensive team.

END_OF_DOCUMENT_TOKEN_TO_BE_REPLACED

"The evidence of the 2015 U21 team (managed by Logan and Dooher) that beat Tipperary, didn't really suggest that, but I think the whole kind of push in the county is to change the style and they have the players to do it.

"Conor McKenna is a revelation, he will be at 11 with Cathal McShane at 14. Mattie Donnelly maybe in midfield, you might have Ronan McNamee at full-back, Rory Brennan or Paudie Hampsey at centre-back, like that's a fair old spine of a team to be challenging." 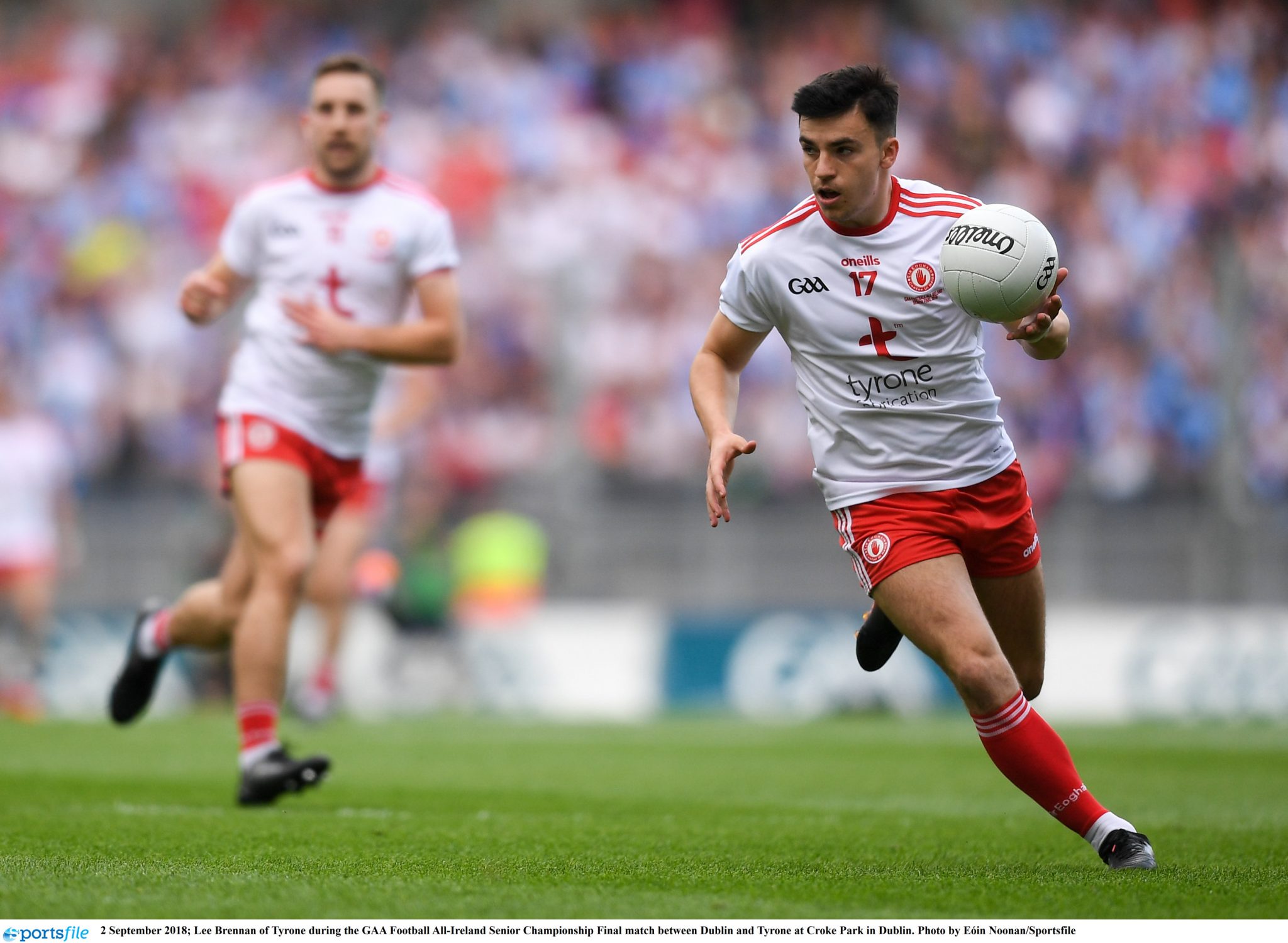 Lee Brennan returns to the squad after two years out

The forward line is what's really peaking people's interest though. Over the years, certain forwards have opted out of Harte's squads for various reasons, but with the opportunity of a clean slate, the panel now has a blend of some familiar faces along with the new ones.

"They have loads of options up front," Parkinson continued. "Paul Donaghy of Dungannon won a county final, I think he's going to start. He's a free-taker and they need a free-taker.

"Darragh Canavan, Lee Brennan, Connor McAliskey, Mark Bradley, Darren McCurry - they're all similar enough. Then they need some workers on the wings like Niall Sludden and Conor Meyler.

END_OF_DOCUMENT_TOKEN_TO_BE_REPLACED

"There's a lot of potential in that team, if they get away from the counter-attack football that's maybe a bit outdated now."

Dublin legend, Alan Brogan was also on the show and although he sees the reason behind all of the optimism, he still thinks there's a lot of work to do. 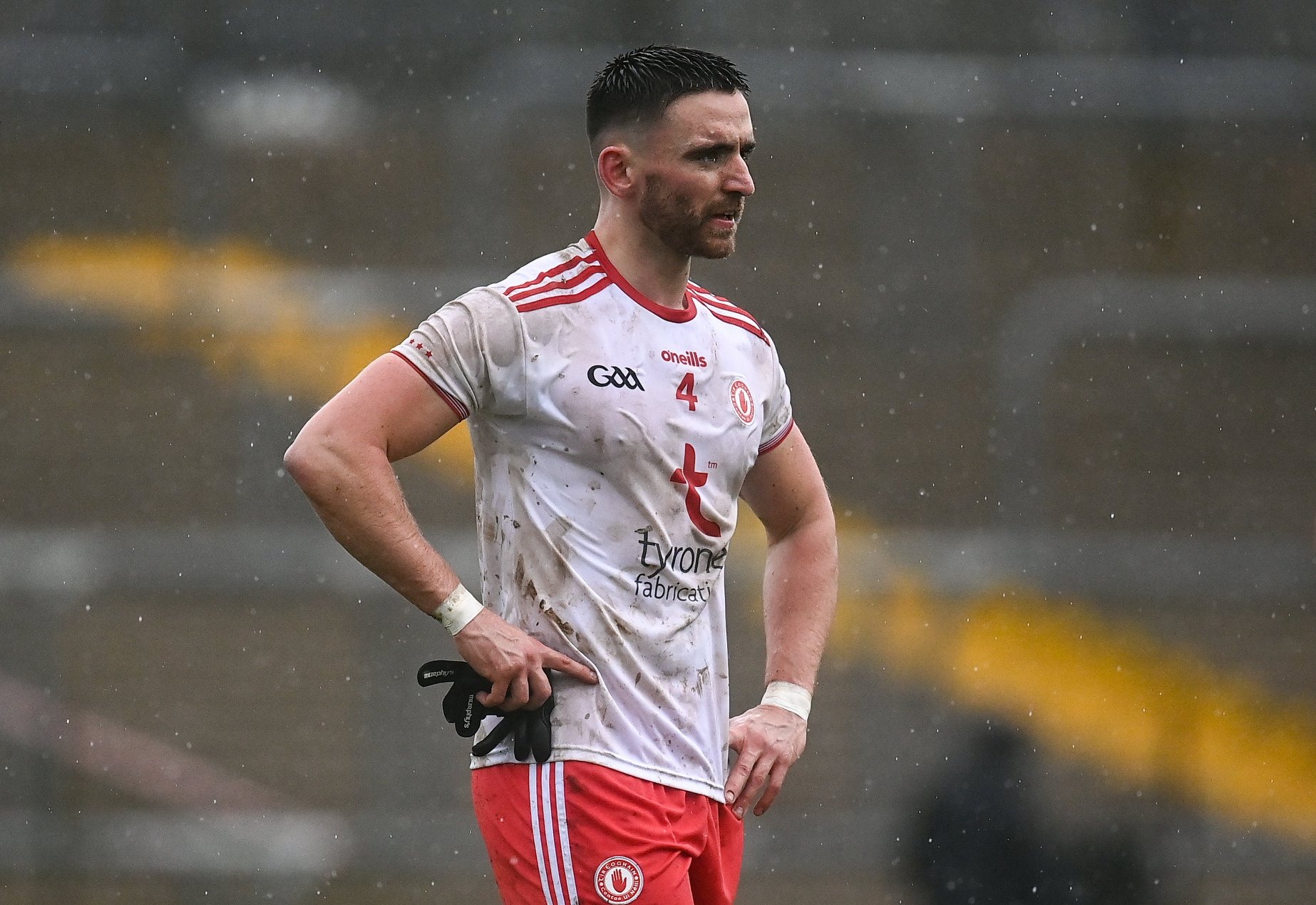 Pádraig Hampsey has been announced as the new Tyrone captain
Advertisement

"The Brian Dooher style of playing football wouldn't lead you to believe that they're going to be all out attack," admitted the former Player of the Year. "It will be interesting to see how the joint management thing works - obviously the boys must be very close and trust each other to go into that together.

END_OF_DOCUMENT_TOKEN_TO_BE_REPLACED

"I never doubted the footballers Tyrone have, I think they have very good footballers, but I still think they are lacking a player or two to really compete against a Dublin, a Kerry or even a Mayo.

"I think the two lads have a lot of work to do, they maybe don't have much time to implement the style that they want to but maybe that's a good thing. There's no doubt they have good forwards, they have a strong spine, but they're probably lacking a midfielder and maybe one or two others around the field."

Listen to the full discussion with Wooly, Alan Brogan and Paul Kerrigan on The GAA Hour now.


popular
"I never really cried or got emotional over what I've done as an individual. I couldn't give a s***"
Six golfers that could improve Europe's fortunes at 2023 Ryder Cup
"If I break my wrist, it's on f***ing both of you." - Koepka and Berger act the spoiled child
"I was off the grid" - Aidan O'Shea respond's to Mayo criticism after club championship win
The FootballJOE Pub Quiz: Week 7
'I won The Open by six shots in my home country, but this was the best week of my golfing career'
Garry Ringrose raves about four young Leinster stars to watch this season
You may also like
2 weeks ago
"There were murmurs that he didn't have it on the big days" - McCurry's redemption
2 weeks ago
"Why is he going for the top right hand corner?" - The GAA Hour break down Ryan O’Donoghue’s penalty miss
2 weeks ago
"I do think Dublin were complacent, you could even see it in their play" - Briege Corkery
3 weeks ago
"To us, I think that was a huge insult. How we got there was definitely not through luck"
4 weeks ago
'From a Tyrone perspective, I was glad to see Tommy Walsh take that shot'
1 month ago
"Hegarty looks like he's hitting with a pitching wedge. Diarmaid looks like he's going with the driver"
Next Page