You know the story. You bust yourself in pre-season, hit the weights, do the dead-lifts, order the resistance bands online and spend a fortune on protein shakes, even though you're still not 100% sure what they are for exactly.

Then suddenly you're at training or playing in a match, making an innocuous enough run or movement that you've made 100 times before and BOOM, SNAP, POP... it goes. 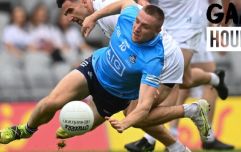 END_OF_DOCUMENT_TOKEN_TO_BE_REPLACED

The hamstring, the quad, the shoulder, the back, the knee, the ankle - suddenly, whatever muscle or joint it is that's been injured, is now at the very forefront of your mind. You can't remember what it even fees like NOT to be sore there, as the muscle throbs to the tune of your heartbeat.

You look at the manager, but you're not going to get much sympathy there and then it's the physio's job to spray some water on you and whack on Deep Heat, as you delude yourself into thinking that there's something in that little bag that will instantly cure a hamstring pull.

Even by just reading this you will feel the phantom aches of previous injuries, as you start to stretch your legs from under your desk just to make sure that you have definitely recovered.

Here are the top/worst common injuries that GAA players endure: 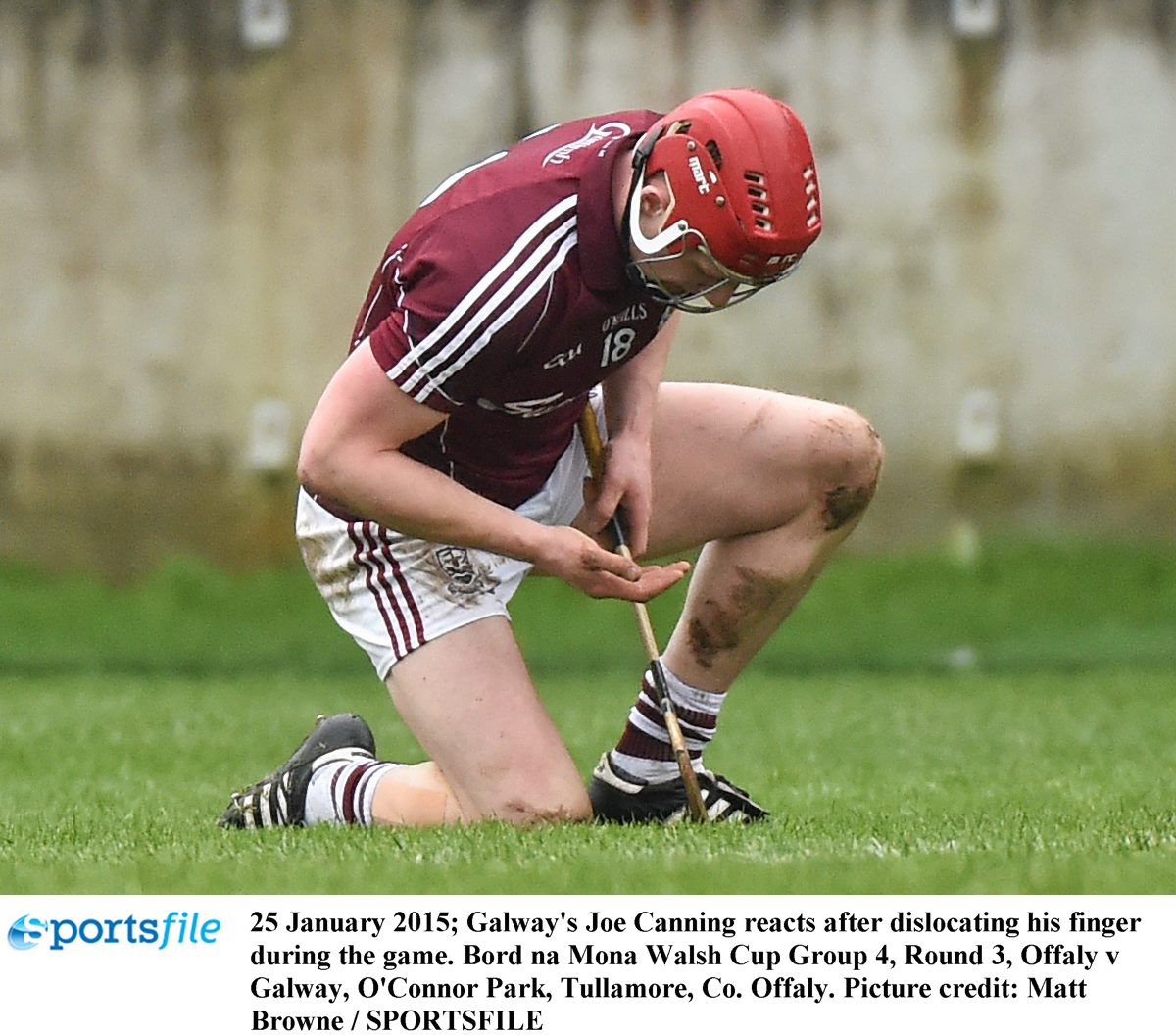 A simple hand-passing drill suddenly turns into a nightmare as the ball clicks your finger or thumb backwards and the swelling is almost immediate. For the next 2-3 weeks this will plague you as you feel unprotected catching a high ball and un-confident in throwing your hand into a tackle. The worst thing about this however, is that you will get none, zero, zilch, sympathy from coaches or fellow players. A "get on with it" or "sure it's only your pinky" is the usual response to any groans you may have. 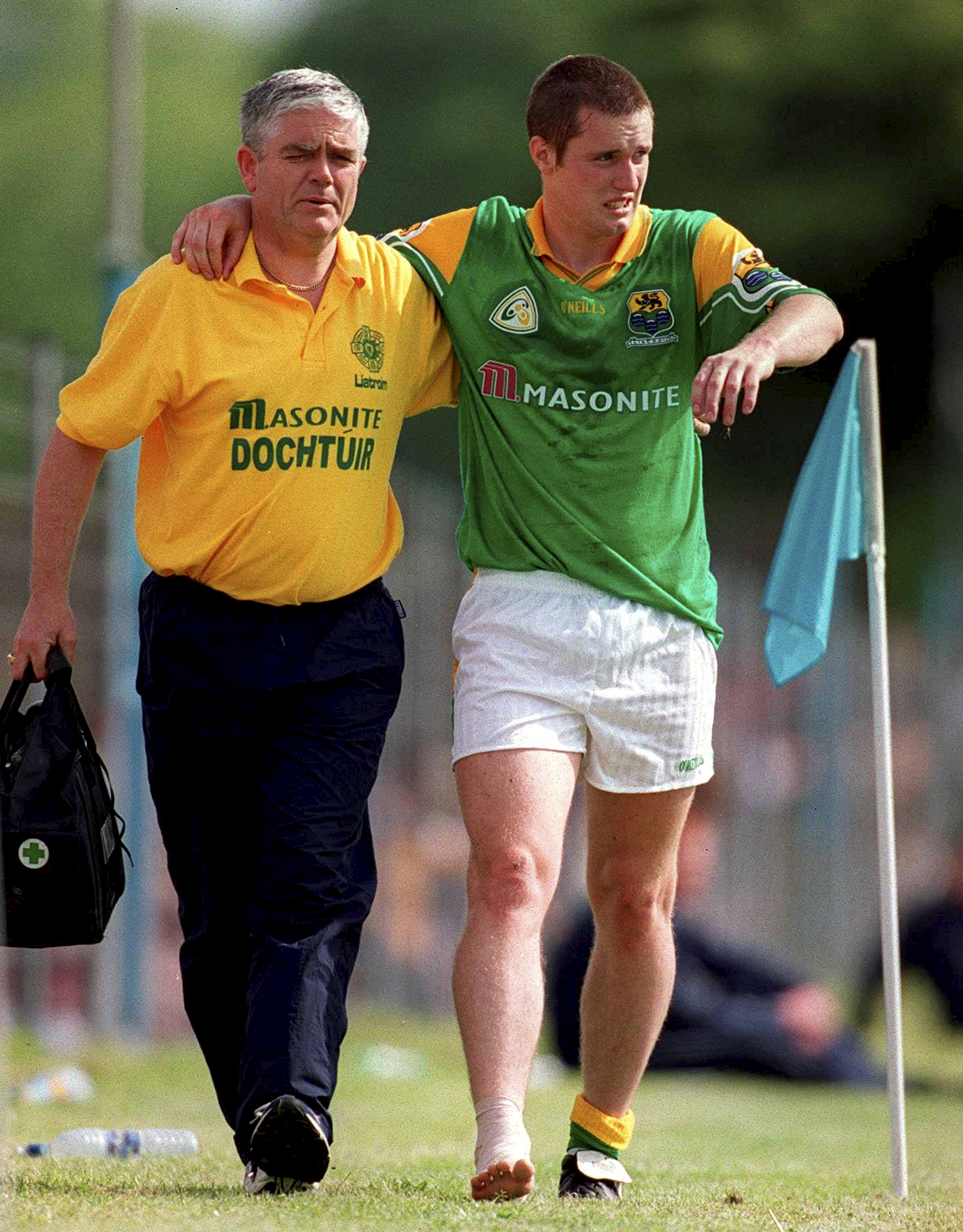 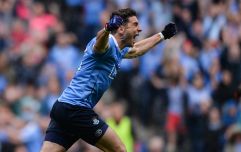 END_OF_DOCUMENT_TOKEN_TO_BE_REPLACED

Up you go for a handy enough catch, then just land as you normally would but, wow... what was that? Your ankle just did a thing and now you can't put any weight on it. You hobble to the sideline and kick the boot off to survey the damage, only to discover someone seems to have impregnated your ankle! It's the size of a golf ball and it's blazing hot. That's when someone informs you that should have kept the boot on because compression is important.. thanks. Get used to icing it on and off for the rest of the season. 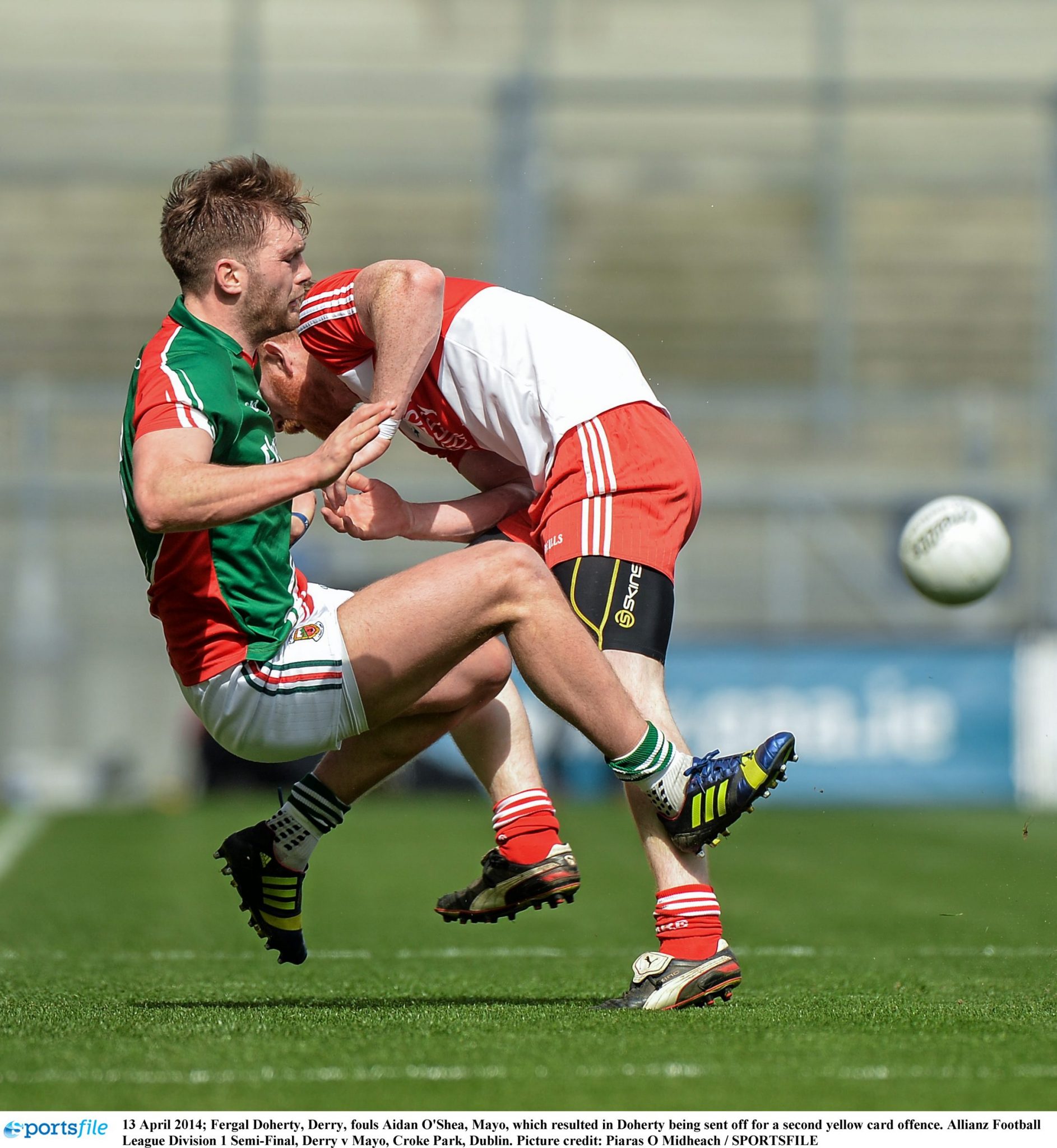 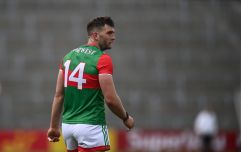 END_OF_DOCUMENT_TOKEN_TO_BE_REPLACED

That 50/50 shoulder to shoulder wasn't so 50/50, and it certainly wasn't shoulder to shoulder, as they crack you in the chest with a force that takes your breath away. You lay there, struggling to breath and for the next few weeks, every minuscule action - like getting out of bed or putting on your shoes - is coupled with a ripping pain in your ribs. Whether they are cracked, bruised or strained intercostal muscles, it's an absolutely infuriating injury to carry around with you. Of course, because no one else can visibly see the damage, you must just be faking it. 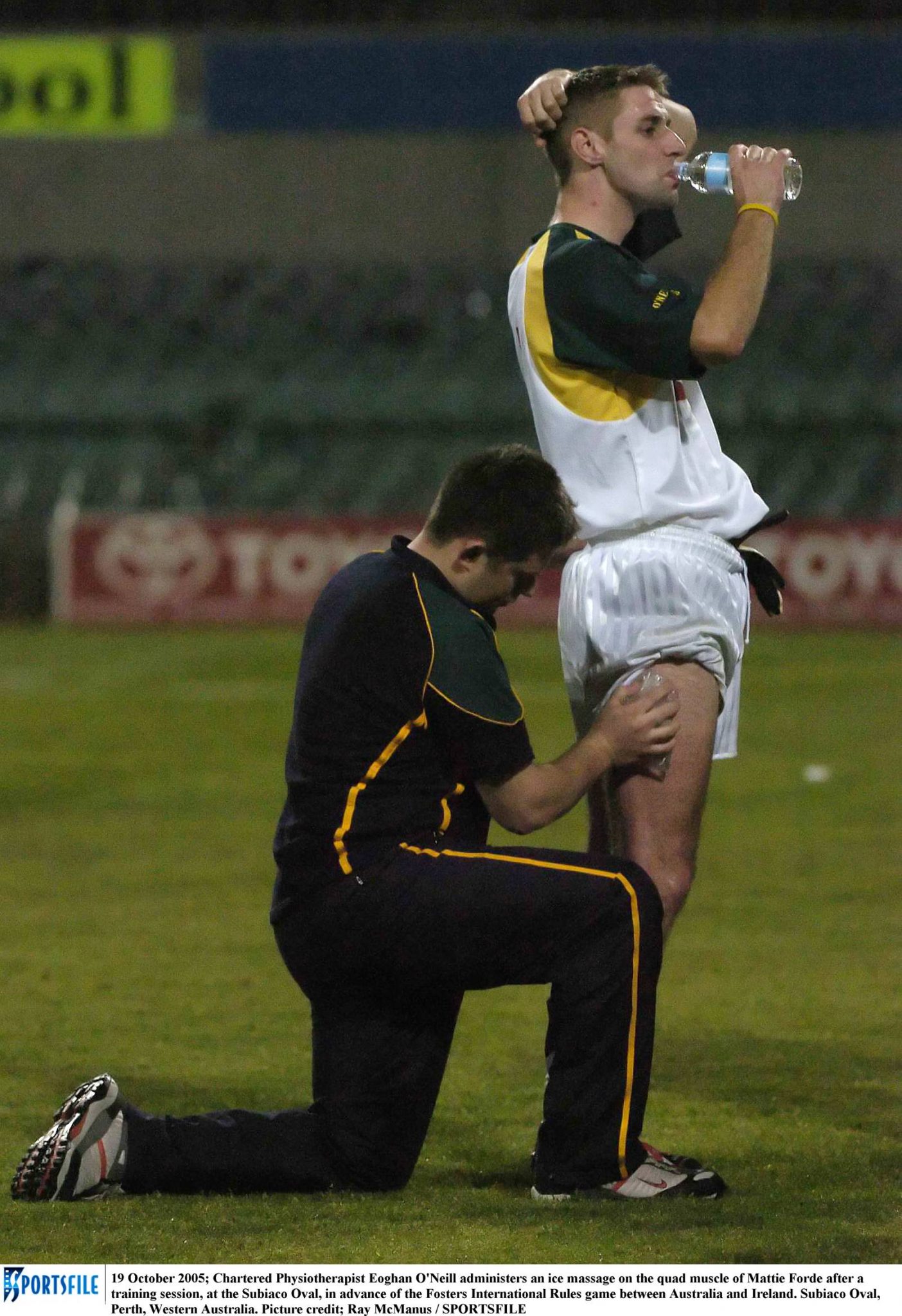 Kick-passing drills are often the catalyst for a pulled quad muscle; that or taking on a shot from a mad angle before you've even warmed up, to try and impress the lads/ladettes. "I should be taking the 45s, look, I'll show ya" and cue injury, followed by the manager's rant regarding common sense. There goes your 45s anyway. 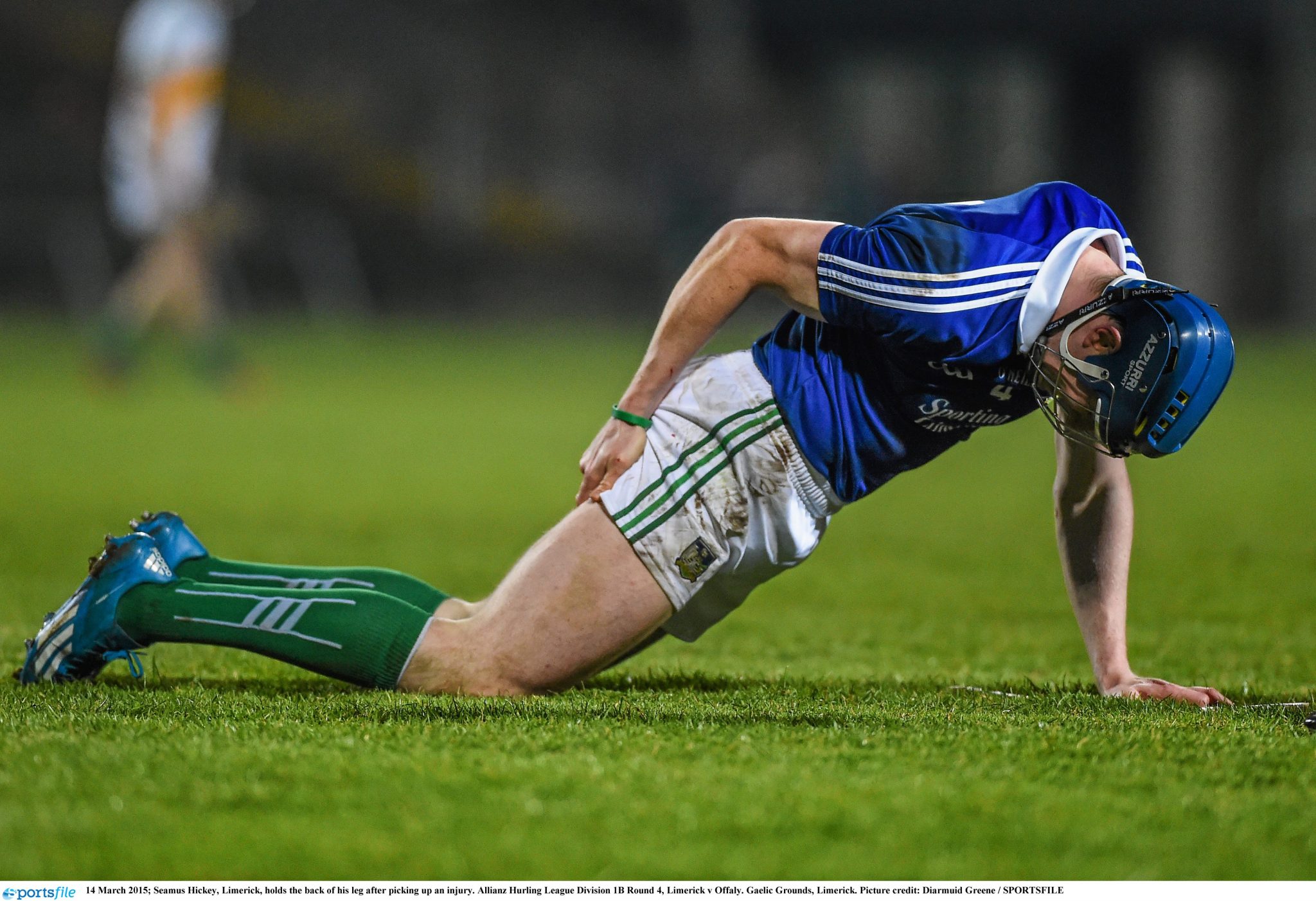 The curse, scourge, and plague of GAA players. It can happen at any time in any situation. The warm-up or the last two minutes of a game, it doesn't matter, no one is safe! Like a sniper shot from nowhere, it's a direct hit and you clutch the back of your leg as though you're catching it from dropping off entirely. It's a minimum of three weeks out and it can torture you the entire season if it's bad enough. It is officially the most annoying, consistent and relatable minor injury in the GAA.


popular
"It's giving the Kerry team a bad image. They don't look like footballers, they look like gurriers." - Liveline has peaked
Bundee Aki overheard in the stands after Faf de Klerk hit on Conor Murray
Eoin Murphy's calls from the goals show Cork they're in for a completely different ball-game
Gatland on his decision to start Bundee Aki, and drop Tadhg Beirne
"That's one of the best races I've ever had" - Coscoran kicks like a demon to seize the day
The SportsJOE 12 o'clock quiz | Day 377
Warren Gatland pulls Joe Schmidt into Lions Tour refereeing drama
You may also like
2 days ago
Michael Conlan dreams of fighting for a world title at GAA stadium
2 days ago
Pat Spillane talking about Tinder is peak Irish dad banter
4 days ago
Down u20 star dedicates Ulster victory to his late teammate in powerful interview
4 days ago
Aidan O'Shea on gym work, training over lockdown and the importance of younger players bulking up
4 days ago
"This could be a one-point game" - It's too close to call between Tyrone and Monaghan
5 days ago
Donegal's Brendan Devenney responds to Jim McGuinness' claims about the game being "soft"
Next Page