"That's done at the end of a sprint, jumping off one leg" - Kevin Feely on the art of fetching

Brian Fenton is one of the best fielders in the country.

Yet when Dublin faced Kildare in the 2017 Leinster final, the Raheny giant had no answer for Kevin Feely, the former Charlton centre half turned dynamic Kildare midfielder, who won nine out of the 12 kick-outs the pair contested that Sunday.

This was no flash in the pan.

END_OF_DOCUMENT_TOKEN_TO_BE_REPLACED

Ever since, the soaring Athy club man has established himself as one of the most prolific fetchers in the game, his aerial prowess underlined by the fact that Kildare often deploy him at full forward, in order to gain a greater harvest from his ruling of the skies. 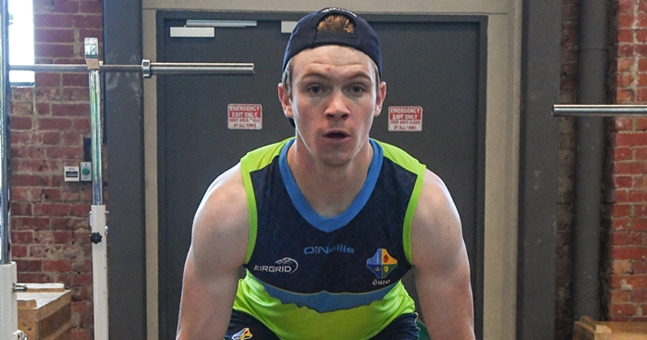 On Monday, Feely took a call on The GAA Hour Show to talk high catches and fielding tactics only, leading to a very in-depth discussion with Colm Parkinson about the art of the game's most thrilling skill.

It's a subject that Feely clearly, is very passionate about.

"I think you can definitely be coached but I think the timing aspect of it is more natural, you're born with it.

"It depends on your height too. Repetition is a huge part of it. To learn the art of catching the ball at its highest point, you nearly have to run under it a few times to learn what your highest point actually is. That's done at the end of a sprint, when jumping off one leg.

"To practice it really, you do more or less need a keeper kicking it out to you just to get that trajectory right. Then you can time your run to it."

END_OF_DOCUMENT_TOKEN_TO_BE_REPLACED

Feely often gets the timing spot on, and he puts some of it down to lessons  learned in the 2011 Leinster club final against Garrycastle, when the towering figure of David Shaughnessy schooled him with some wily tactics.

"When I was playing a Leinster club game in 2011 against Garrycastle, David Shaughnessy was still playing for them and I was given away a good few kilos, 18 or 19 kg I think. He might have been coming towards the end of his career but he was still a solid sized midfielder. 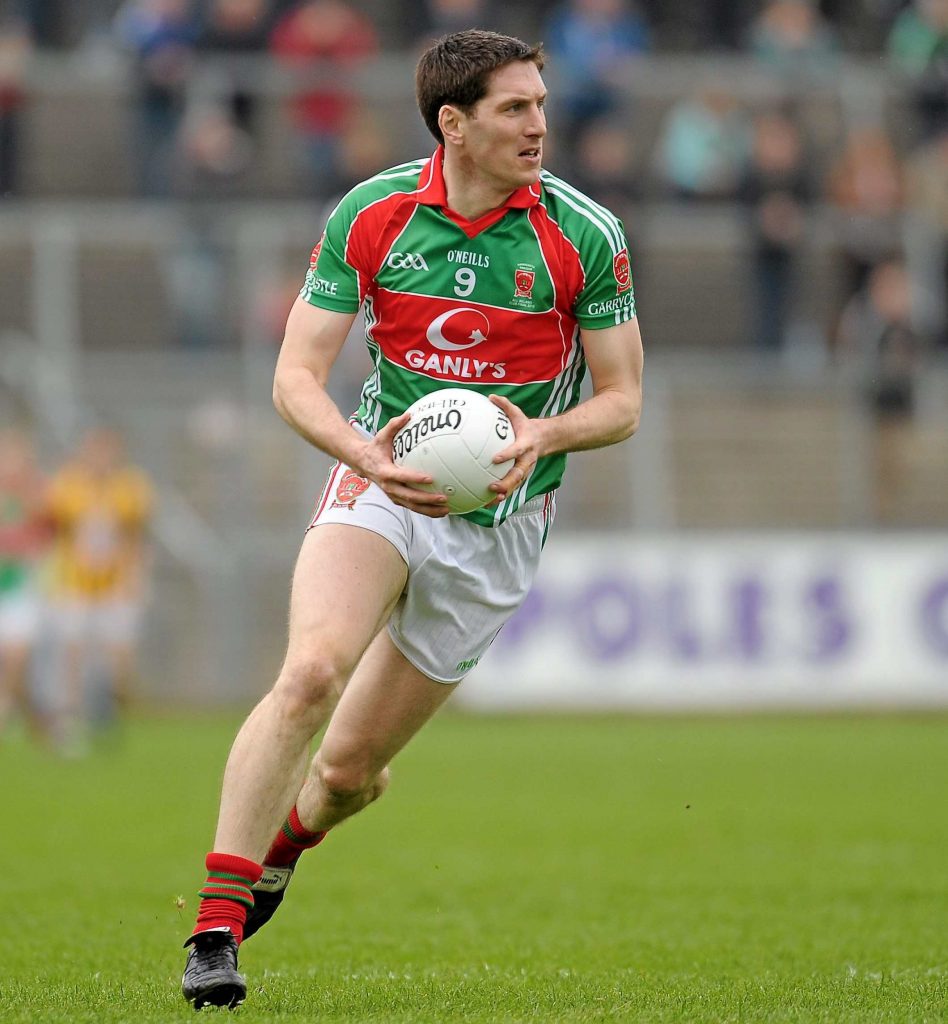 "He just let me jump for every single ball and held me off with one arm and broke it to the advantage of his teammates. That just taught me you're not going to get it all your own way in terms of jumping off one leg and getting to field it. That was a great lesson to learn and it helped me to bring it into my own game. Instead of going for the glorious catches, you have to be able to stand and wrestle sometimes too."

The ideal situation for Feely is to meet the ball at full speed, in full flight. To do so bang on, you have to run the risk of starting out a long way away, and even running under the ball.

"If you can start your run from far enough away, so that you're running into the ball without having to break stride...it's really hard for someone to break it off you. I learned that the hard way by marking Gary Brennan against Clare. I gave him a couple of yards and he was catching it in five yards of space...

"I'd nearly prefer marking someone who wants to stay in behind you to try and spoil you. It's harder for him to break it if you can get a yard or two ahead of him and meet it right.

END_OF_DOCUMENT_TOKEN_TO_BE_REPLACED

When discussing the most aerially gifted in the game, Feely name-checks Fiontán Ó Curraíon of Galway and Gary Brennan of Clare. Aidan O'Shea and Jack Barry are also tough men to get the better of.

"Aidan O'Shea is unreal as well. He's not as tall as you'd think but he still gets great hang-time off the ground. As a spoiler, Jack Barry is as good as you'll get. He's very hard to beat in the air.

You can listen to the insightful Feely interview here.


popular
Rob Kearney taught a classic GAA lesson when he tried to have the craic in second game back
Shane Lowry had no problem setting reporters straight at Ryder Cup briefing
The scenes in Newbridge as the biggest hit and hope ever knocks Moorefield out
Kieran McGeary on his relationship with Mickey Harte and his role in Tyrone's success this year
How one text message a teammate sent Kieran McGeary proves that Tyrone's success was a team effort
When Liam Brady lit into Brian Clough for his dismissive Mick McCarthy comments
"I just knew that Karen was going to be there with us... I absolutely adored her" - Maeve Kelly
You may also like
1 week ago
"Why is he going for the top right hand corner?" - The GAA Hour break down Ryan O’Donoghue’s penalty miss
2 weeks ago
"I do think Dublin were complacent, you could even see it in their play" - Briege Corkery
2 weeks ago
"To us, I think that was a huge insult. How we got there was definitely not through luck"
3 weeks ago
'From a Tyrone perspective, I was glad to see Tommy Walsh take that shot'
4 weeks ago
"Hegarty looks like he's hitting with a pitching wedge. Diarmaid looks like he's going with the driver"
4 weeks ago
"He might have got injured, but he'll be a delighted man now." - Casey's hips don't lie
Next Page