Sometimes, it can be hard to distinguish between the two. In rugby and soccer, the roles of coaches and managers are entirely different to the GAA.

In rugby, for example, the head coach organises training sessions, sets out tactics and game plans, picks the team and will be in charge of recruitment and retention of players. The manager is an assistant to the coach in all things related to team administration.

The GAA is so different.

It is the manager who composes team strategies, sets out a team's tactics, picks the team and subs, is in charge of disciplinary matters and putting restrictions on their players and so on. The buck stops with the manager. 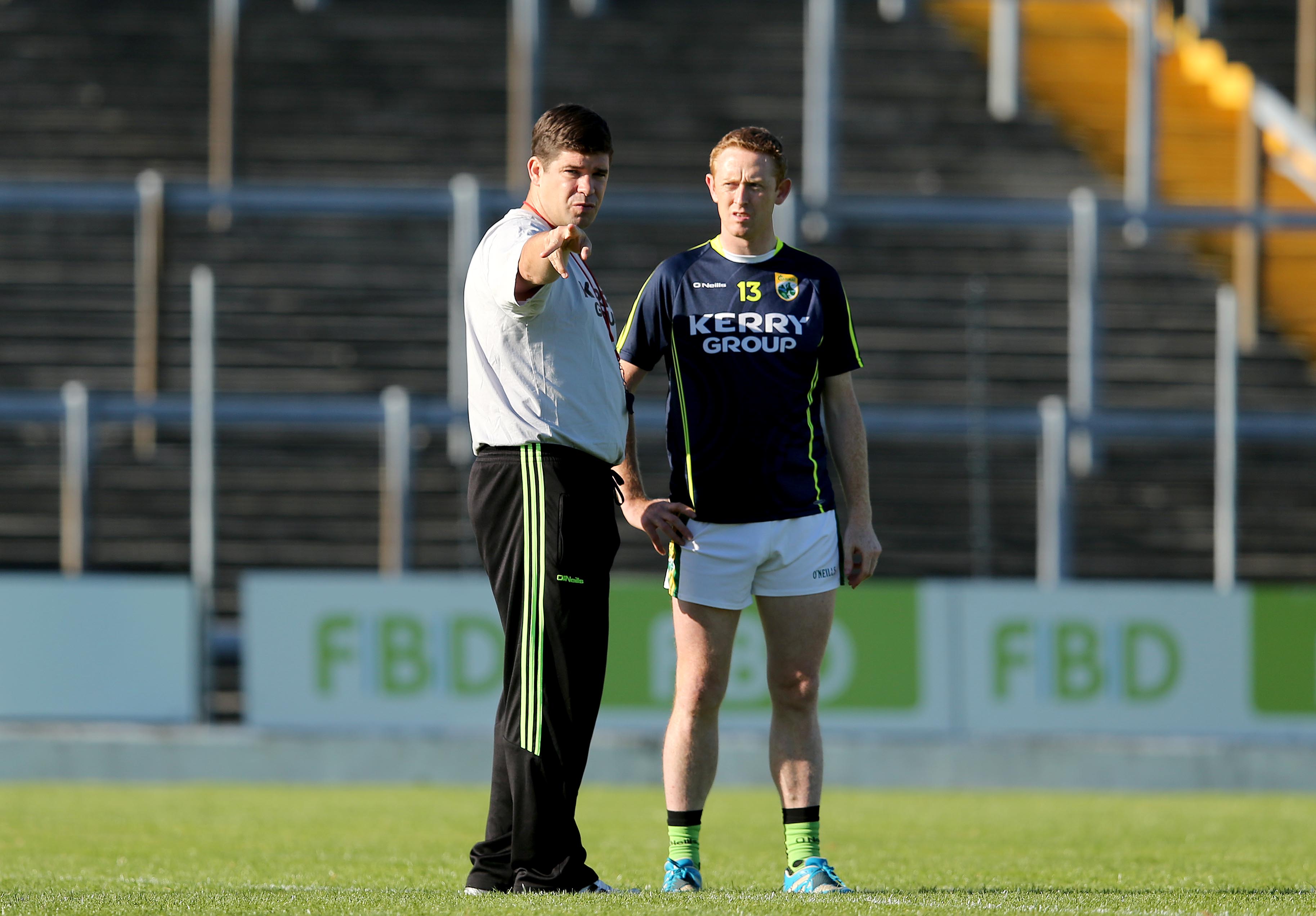 The manager comes up with the ideas, the coach puts these ideas into action.

Steven McDonnell spoke about these differences during The GAA Hour Football Show [listen below]. The main role of the coach is being able to put a manager's wishes into place on the training field, and a good coach will have these wishes so well practised and understood by his players, that they will see these training ground tactics translate to the pitch. McDonnell commented:

"Having been involved in management and coaching over the last number of years, there is certainly a huge difference. A manager lays the law down, they speak about the game plan, and instructs his coach what he wants him to do.

"The coach has to go and develop that game plan on the pitch and get it across to the players in a way that they understand it. Too often, what happens is, a coach tries to be the manager and doesn't play the role of a coach, and that causes confusion."

END_OF_DOCUMENT_TOKEN_TO_BE_REPLACED

McDonnell went on to claim that coaches should specifically focus their training sessions on the precise and minute details of the game plan that their team aims to play. A coach should ensure that every one of the drills they arrange, is directly related to the on pitch aims of the team.

It sounds simple, but it is something that is regularly ignored. McDonnell said:

"There's no doubt about it, and I'm a firm believer that every drill that you do in a training session must be related to the type of system that you want to implement on match day. How many coaches actually think about that? If you're playing a kicking game, what's the point in doing short sided hand-passing games?

"Crossmaglen are the best example of this...From underage up, all their club teams play a kicking brand of football and all their training sessions are about kicking and perfecting the kick pass."

There can be a crossover between the two roles at times. A manager is improving themselves if they are aware of how to coach a team and the drills and the manner in which to implement their strategies. For example, Cian O'Neill was previously a coach to the Tipperary hurlers and the Kerry footballers, he is now the Kildare football manager. 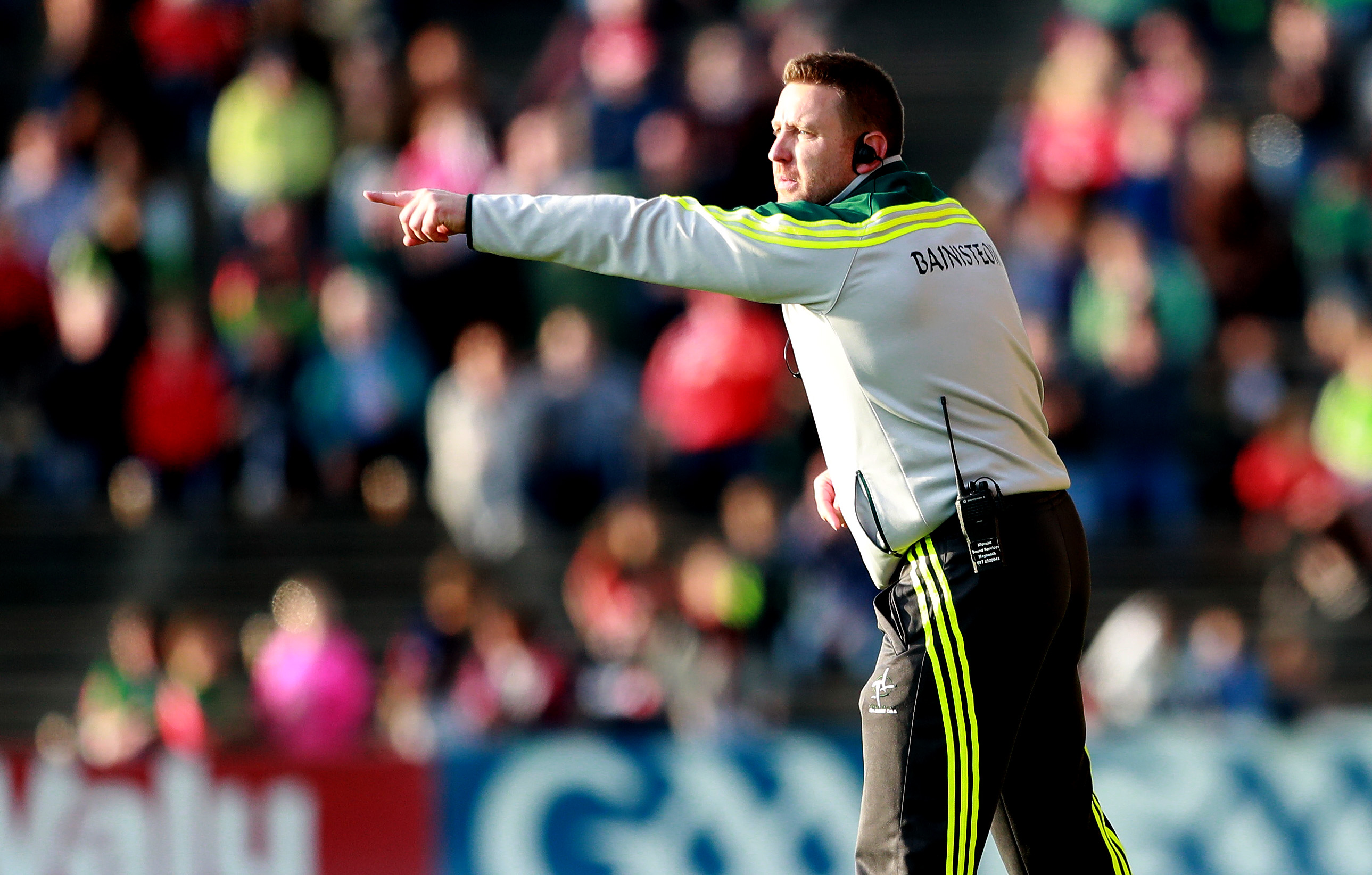 "A manager has to have a certain amount of common sense when it comes to coaching as well, they have to know and have to understand what they expect from their players as well."

McDonnell played under Paul Grimley for a number of years during his playing career with Armagh, and he claimed that Grimley, who was the team manager, had a comprehensive grasp of management and coaching. Grimley balanced the two well.

"Within a short period of time, we were certainly blown away by him because this was something new for me, personally. He was an excellent coach, he had an excellent manner with the players as well. He was a real team man. He was great at putting his arm around players, but great at instructing a player on how to play, and going about it on the practice field as well." 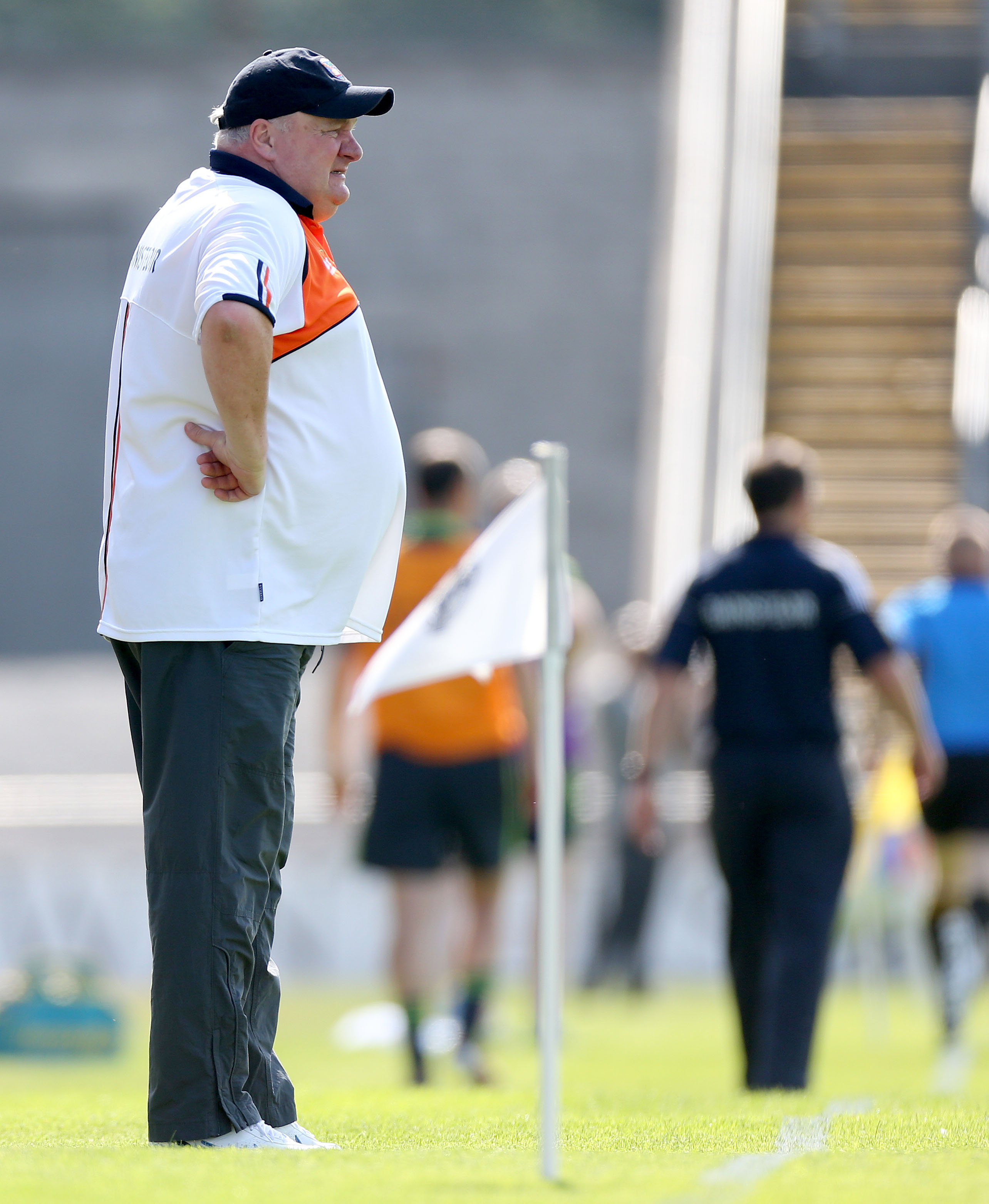 END_OF_DOCUMENT_TOKEN_TO_BE_REPLACED

Host Colm Parkinson claimed that the role of a manager is masterminding the tactical approach of a team. The manager and the coach will have a hugely dynamic partnership and will constantly communicate with each other. The coach is kind of a puppet to the wishes of the manager, but a very important puppet at that. They compliment each other.

"If I was a manager, I don't think I would go down coaching," said Parkinson.

"I would help but I don't want to be running around on the pitch after them... I want that separation from the players that they always have me harping onto them. I want someone (a coach) to do that dirty work for me but I'm telling him exactly what I want...The drills should be completely tailored to what your game-plan is, then go into a match...I want a coach organising these drills."

According to Conan Doherty, the most important duty of a coach is spotting things on the training field and informing the player what they should be doing in these instances and situations. A player will be constantly learning from their coach.

"My idea of coaching isn't just doing drills and getting them fit. I think the best bit of coaching is when you're on the pitch and you're playing 15 v 15, and you're stopping the game and you're going, 'Right, why the hell are you there? What are you doing there? You should be there' and pointing that out," said Doherty. 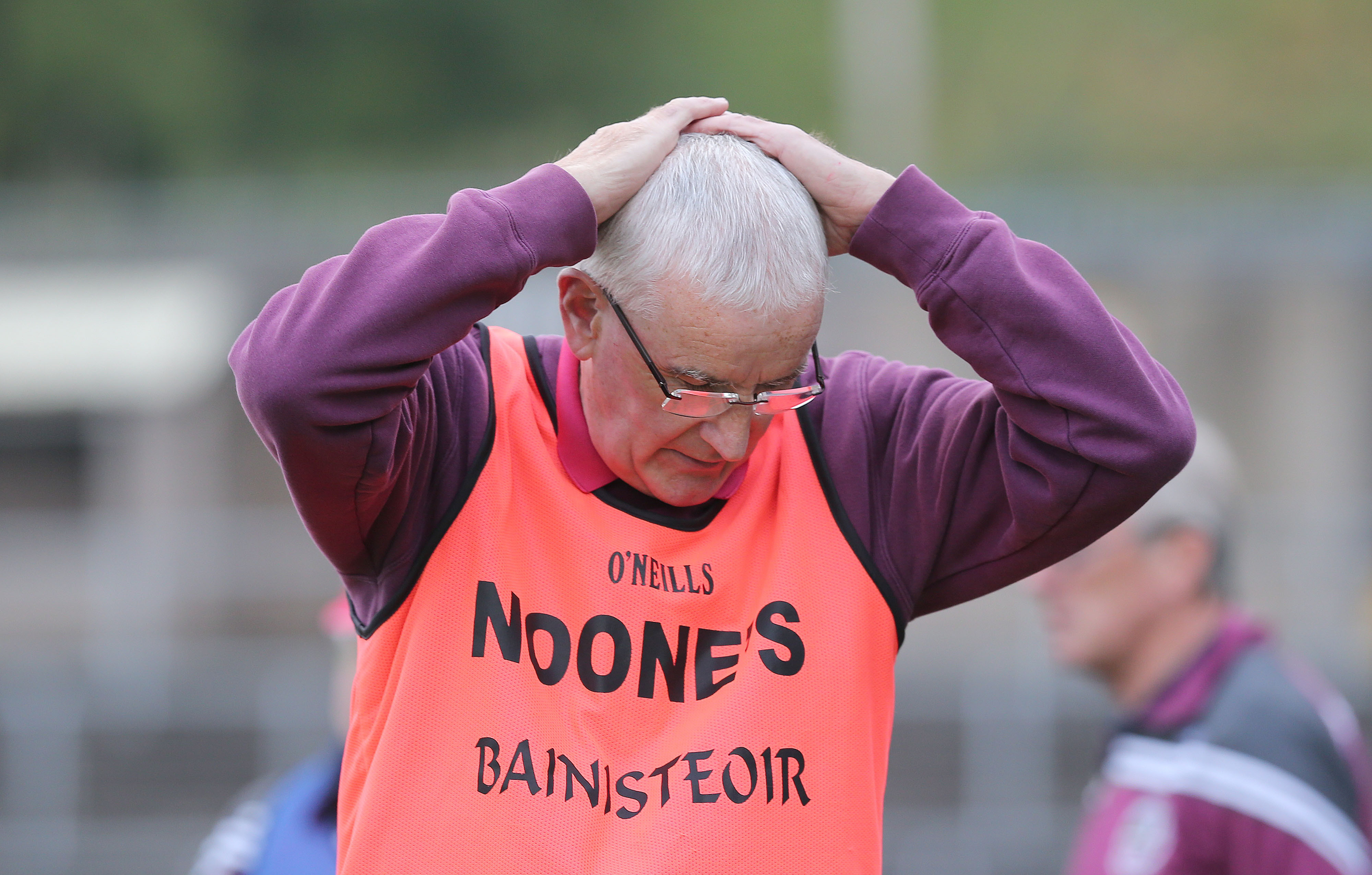 "I was lucky enough to have him at Jordanstown. It was great, it was just pure football.

"The first thing he ever said to us was, 'This isn't a fitness club, if you want to go running, go away. We're playing football, you can get fit with the football.'

"The advice that he was going through on the pitch (was very good). Him and Adrian McGuckian were just walking around the pitch and giving you little tips as you were going along."

popular
Danny Murphy's comments on BBC tonight prove some folks will never learn
Cristiano Ronaldo is not human. Not human at all
Four Ireland U20 stars that massively impressed in opening Six Nations win
"He looks the fool now" - Didi Hamann took exception to one magic Ronaldo moment
Only old-school fans will get 20/20 in this 1990s footballers quiz | Part 2
Damien Duff cracks out the hit parade after England hit the skids
Ronnie Whelan criticised for his commentary of 10th minute stoppage for Christian Eriksen
You may also like
6 days ago
Football fans are going to love these brand new Cadbury chocolate bars
1 week ago
Ireland's 2009 Grand Slam stars recall closest call in our rugby history
1 week ago
4 simple ways you can vastly improve the quality of your sleep
3 weeks ago
Calling all sports fans! This week's Powerball Super Jackpot is €348 million*, here's how to place your bet
3 weeks ago
The next generation of fitness trackers is here and it's an absolute game-changer for your health
2 months ago
Everything you need to know about this year's Fairyhouse Easter Festival and Irish Grand National
Next Page