"Sometimes a manager has to make those bold and tough calls." - Kerry's Paudie Clifford conundrum

Colm O'Neill and Nicholas Murphy were both on the Cork bench for the 2010 All-Ireland final.

They would have been two of the best players on the panel at the time but after years of trying to squeeze every star player into his team, Conor Counihan had to make a few tough calls. And they were the boys who missed out.

Jim Gavin, meanwhile, had to do the same thing with Diarmuid Connolly in the twilight stages of his career. A manager has to make tough calls.

END_OF_DOCUMENT_TOKEN_TO_BE_REPLACED

Sean O'Shea is centre forward on the Kerry team - he's too good to be moved out of there - and that means that if he wants to play Paudie Clifford, then the only other way Jack O'Connor can squeeze him into the team is as a corner forward who drifts out the field.

Some would say that, with his deep-lying role, Kerry lose their shape and their goalscoring threat. Others feel that he's too good to be dropped but either way, as it was on this week's GAA Hour Show, the question has to be asked.

"Kerry still don't know their best six forwards, and I don't think they know what to do with Paudie Clifford," said Darran O'Sullivan.

"Paudie's role is loose, it's free, but it's not that link-man that receives many kick-passes. A lot of the passes he gets are hand-passes. I always want to see him further up receiving kick-passes.

END_OF_DOCUMENT_TOKEN_TO_BE_REPLACED

"From Dublin's point of view, it will be a Murchan who just sticks to him and will make him go the other way. Conor Meyler did it last year and took him out of the game and like that, you lose a bit of structure with it. And if you play him on the wing, it doesn't suit him and with Kerry still trying to find that balance right coming into a semi-final, that's not ideal and I'd still have reservations there," he added.

"Kerry haven't got a whole pile of goals this year because players are too far out the field. I think there are still a lot of question marks with Kerry. I'd bring in Adrian Spillane." 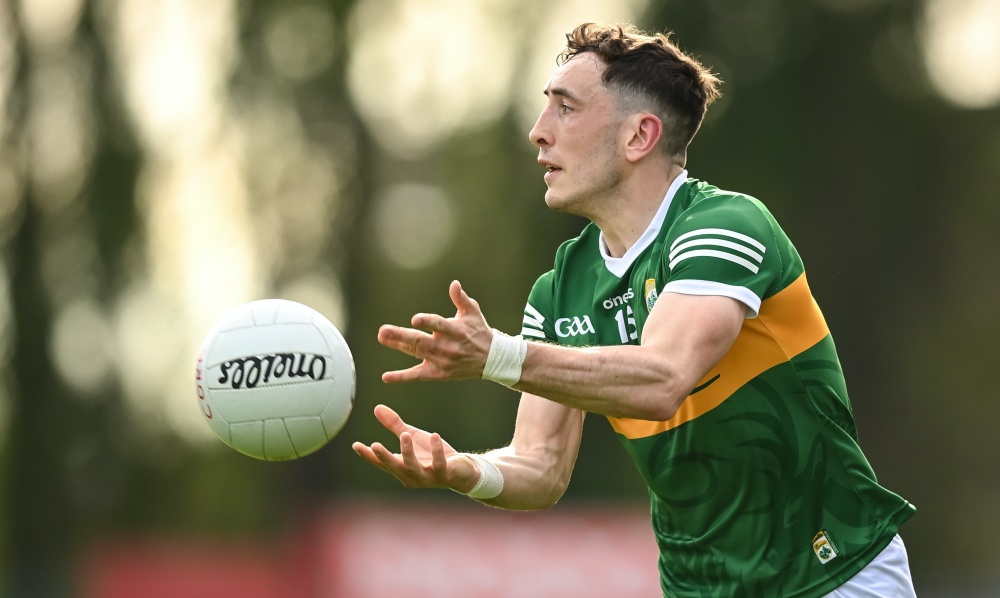 Cian Mackey, meanwhile, sees Clifford as one of Kerry's best six forwards, but he's unsure whereabouts he fits in.

END_OF_DOCUMENT_TOKEN_TO_BE_REPLACED

"He's one of them players, you can't have him in a regimented wing forward position. The only place you can play him is 11 or corner forward coming out. So do you have to...sometimes you look at the bench and you say 'that lad is way too good not to be playing,' but you can only pick the best six forwards and he mightn't fit.

"Take Cork in the 2010s. They had too many good players and they couldn't get the balance right. They had players on the bench and you were scratching your heads but that's why they only won one All-Ireland."

So, when it comes to Paudie Clifford, do you start him or don't you?

Here's how Kerry lined out in their quarter final win over Mayo.


popular
Antonio Conte 'banishes' four Tottenham players from first-team
"He can add something to our attacking line up" - Jamie Clarke signs for Northern Irish soccer club
Ranking the best county GAA songs of all-time (32-1)
"I’ve never heard someone say something as stupid” - Katie Taylor blasts Jake Paul's rematch comments
Barcelona allowed to register four new signings, but Jules Kounde misses out
Roy Keane makes three surprise picks in Man United's greatest Premier League team
"It was unfair on the Galway backs” - Tomás Ó Sé admits that Kerry benefitted from unfair rule
You may also like
2 weeks ago
Finian Hanley take on contentious Kerry free may settle some Galway arguments
2 weeks ago
Darran O'Sullivan on the post-match gesture that shows what Jack O'Connor means to Kerry
3 weeks ago
JJ Delaney on how Brian Cody kept him grounded after Hurler of the Year honour
3 weeks ago
"We were known as stab city, the butt of everything. Of all the things JP has done, he has made everyone so proud to be from Limerick"
1 month ago
McCarthy still harder than a brick wall
1 month ago
"He was getting a bit disillusioned" - How Damien Comer rediscovered his fire
Next Page