In all the excitement that counter-attacking football has brought about and in all the fluidity that modern-day athleticism has forced, it's too easy to forget sometimes that a defender should live and die by what their direct opponent has done.

It used to always be a case that a corner back's metric was how much the forward had scored but maybe that softened when teams started pulling back their attackers and defenders started becoming spare men and back-up assaults to the other posts.

In Slaughtneil though, they keep their football simple. Win your individual battle, beat your man and, if most of us do that, we should win the game. 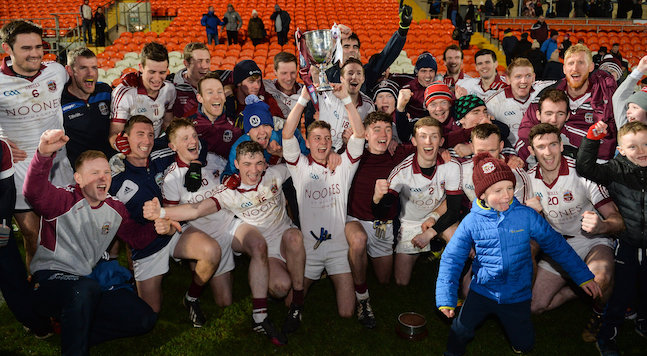 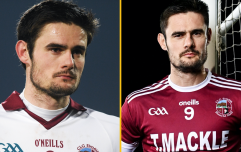 END_OF_DOCUMENT_TOKEN_TO_BE_REPLACED

Mickey Moran has propelled the Derry champions onto unprecedented heights with that philosophy which places the fate of the club in the hands of every player on the field. There's no hiding place, it's man on man, and if you don't get on top, you're a problem.

Now, Slaughtneil are in a habit of winning all these little battles in every play of every game and what that amounts to is that they win way more games than they lose.

Their footballers, for example, went from having won just one Derry senior championship ever to becoming the most renowned club in Ireland.

END_OF_DOCUMENT_TOKEN_TO_BE_REPLACED

But the secret to Slaughtneil and the reason the Emmet's have won every provincial championship in each of the football, hurling and camogie in the last two seasons is not something they try to hide. It's just a case of men and women fronting up and winning duels.

Karl McKaigue embodies that attitude and that performance level that's required in Slaughtneil.

END_OF_DOCUMENT_TOKEN_TO_BE_REPLACED

The Derry defender has been at the forefront of the success the club's footballers and hurlers have enjoyed over the last four years and his displays in the backline are critical.

Michael McMullan of the Derry Post has been watching McKaigue and Slaughtneil from the start of yet another campaign this year and he's noticed that, in 12 championship games in both codes, he's allowed just one player to score off him from play.

In 12 championship games across both codes - Karl McKaigue has scored 0-6 but held his direct opponent scoreless in 11 games ... only Danny Toner (B’galget) scored off him #GAA @GACSlaughtneil

11 times Karl McKaigue has held his man scoreless and we're not talking about any Joe soap, we're talking about some of the best forwards he could've met.

The Derry Post also kept track of who the Slaughtneil warrior was coming up against.

Tasked with county players and Derry legend Gilligan who was in ridiculously free-scoring form this year, McKaigue didn't concede one point FROM PLAY in the Derry championship.

When the calibre of player went up another level, so did the Slaughtneil guard, again not wilting even once in four Ulster games.

In Derry and against Dunloy, McKaigue didn't leak at all with the hurl in his hand either. The only time in 12 championship games of hurling or football that he did concede was in the Ulster SHC final when Danny Toner of Ballygalget hit 0-2. Funnily enough, McKaigue score three that day.

Slaughtneil can rest up until February now but, when they return, they have two more All-Ireland semi-finals ahead of them.

You may also like
1 month ago
Ulster ladies championship descends into chaos after late 3G change
1 month ago
All provincial first round fixtures confirmed as race for All-Ireland club hots up
1 month ago
11 first-time winners on what must have been one of the hardest All-Star teams ever to pick
4 months ago
Hawk-eye comes out on the big-time defensive after Shane Walsh free controversy
4 months ago
Hawkeye reported to cost the GAA up to €8,000 to operate at big Croke Park match-days
5 months ago
"He's just a piece of granite." - Grugan still leading the way for Armagh
Next Page