When one door closes, another one opens.

Sky Sports have ended their contract with the GAA, meaning that the rights to televise live games for the next few seasons are up for grabs, but so are the pundits.

In 2014 Sky Sports made the leap with the GAA to try and bring the sport to a wider audience, and not only grow its popularity, but enhance the viewing model that was already on offer from RTÉ and the BBC.

Ahead of its time in terms of streaming services, the GAA wanted to capitalise on the advanced streaming platforms that Sky used at this time. 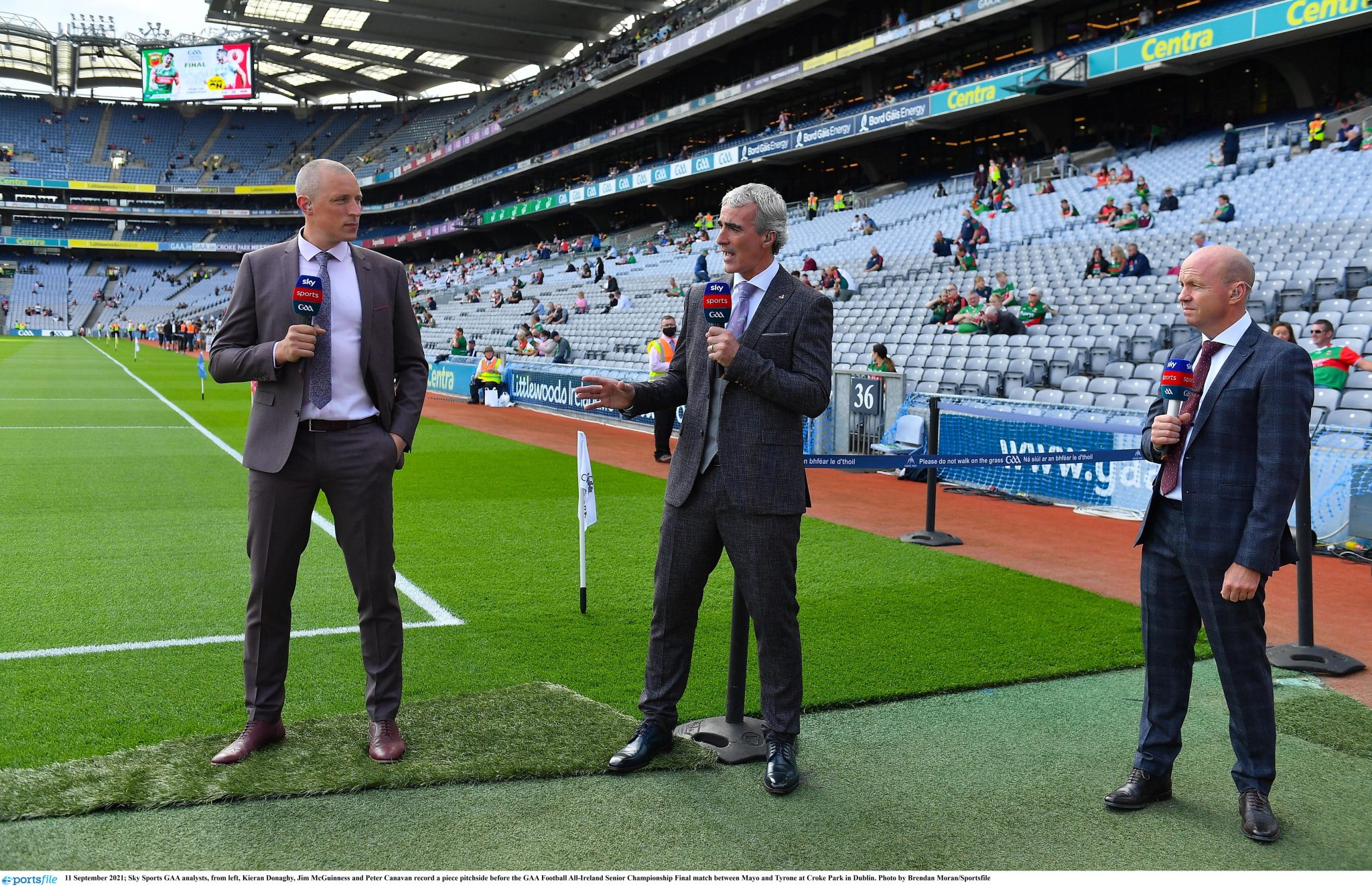 END_OF_DOCUMENT_TOKEN_TO_BE_REPLACED

In order to compete with the traditional homes of the sport and the iconic commentators that they had on retainer - such as Pat Spillane, Joe Brolly, Martin McHugh and co - they needed to bring in some big hitters.

Throughout their nine years involved in the sport, they have had several pundits give their takes on the biggest games, and now that Sky GAA is no more, the competition could be sniffing around to snatch up the talent.

The Tyrone legend is one of the most respected figures in the game and one of the first people that got on board with Sky's project back in 2014. 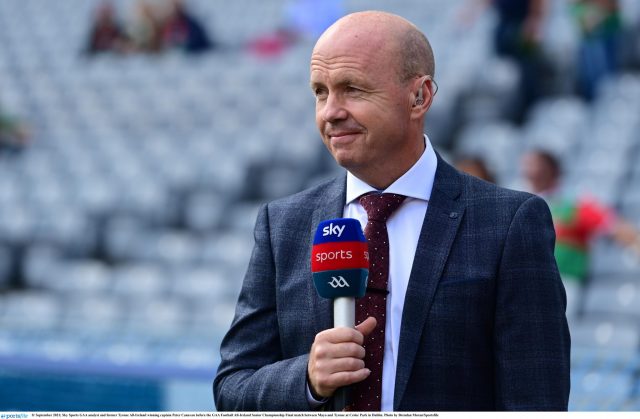 The two-time All-Ireland winner is intelligent, articulated and brings a plethora of personal stories and insights to the table. The former Tyrone captain already works with BBC during the Ulster games, so it's likely that they would be the ones to try and get him on a more permanent basis.

END_OF_DOCUMENT_TOKEN_TO_BE_REPLACED

There is no one in the GAA quite like the former Donegal manager. The 2012 All-Ireland winning boss very rarely does interviews, or reveals anything about his personal life when he's not involved in the game.

The ex-county star is so determined to keep his privacy, that he repeaditly changes his phone number to avoid being pestered by anyone outside of his inner circle. 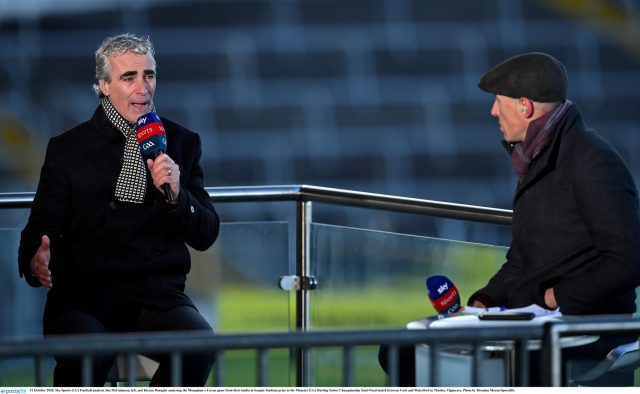 This means that his time on air with Sky is one of the few occasions a year where you get to keep up to date with the man who so drastically changed the way we though about Gaelic football.

People can't help but be curious about the enigmatic figure, and his attention to detail is second to none, making him a wanted commodity for broadcasters.

The Kilkenny legend is one of the most widely admired players ever to have played the game. He has been with Sky Sports since the summer of 2015 and is a natural on the screen.

Would be a popular choice by any broadcaster because he is well-liked and universally respected. 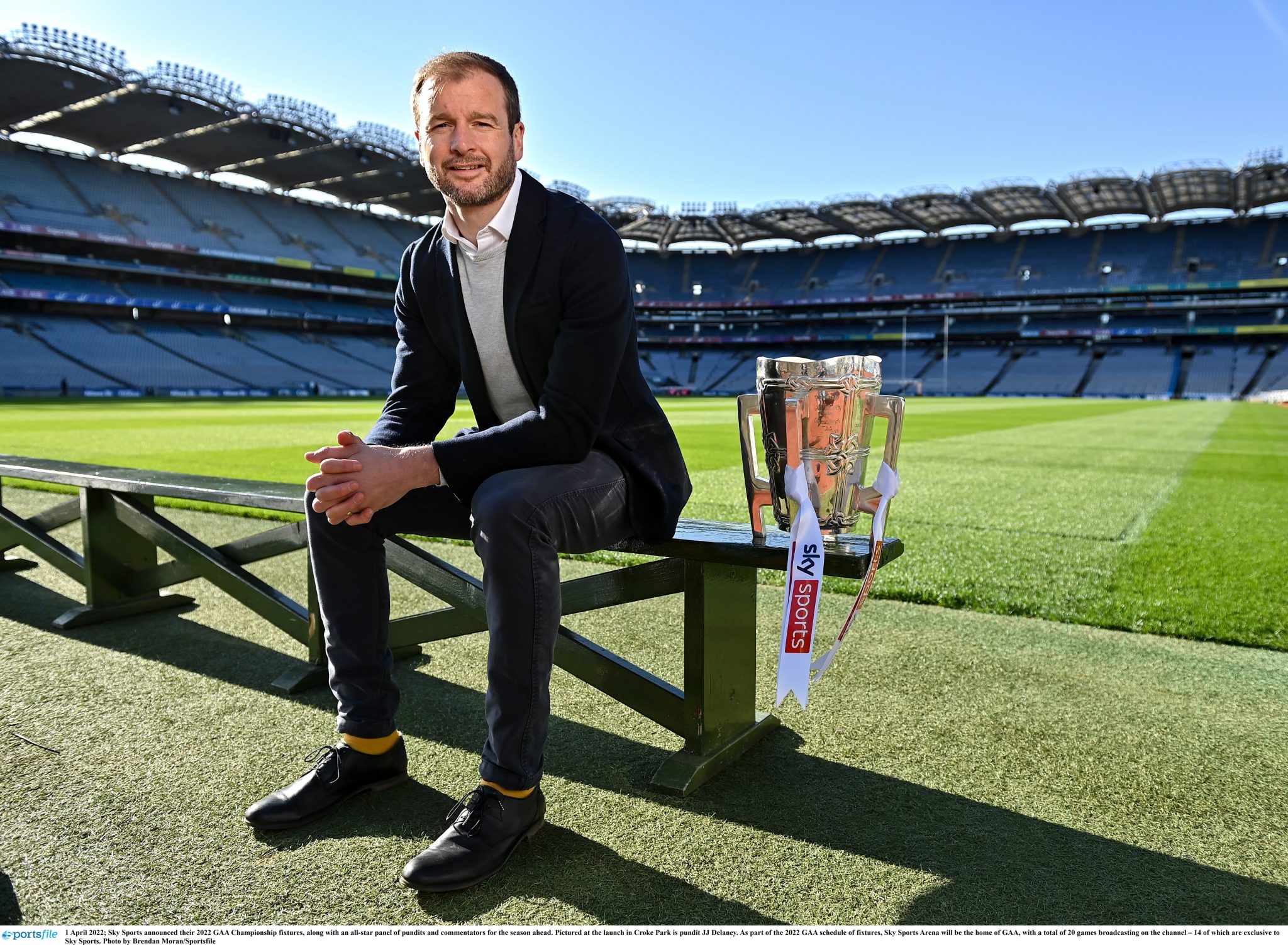 Now this is the big-hitter! Donaghy joined Sky fresh out of the game and instantly brought a fresh perspective to things. There was always a fascination surrounding him as a player, given his passion, talent, and unusual story that documents his rise the very top.

It also turns out that he is very analytical; a deep thinker of the game who loves to delve into the tactical side of things and explain why they are the way they are.

With that being said, he was never a choir boy on the pitch and isn't in the studio either. The Kerryman never backs down from a confrontation, and that often makes for great TV. 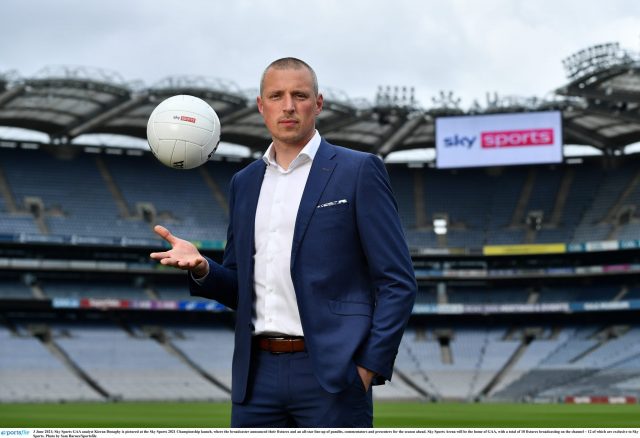 The Clareman was seen from a hurling perspective, as Sky Sports' main tactics man, and he often delivered tactical updates with the big screen at half-time intervals.

Sometimes, these tactical updates felt slightly forced, but Jamesie's knowledge of the game is unquestionable.

Another hugely popular figure in the game. Ollie was one of Galway's greatest ever hurlers and he transferred this experience into his punditry.


popular
Everton release brutal 59-word statement to confirm Anthony Gordon departure
Five confirmed changes and guidelines to have big impact on 2023 Six Nations
"Every team did it!" - Paul O'Connell on Roy Keane comment to Ronan O'Gara that he couldn't deny
"It's crazy to think Bundee Aki might come straight in and start against Wales"
Owen Farrell praises Johnny Sexton in revealing interview ahead of Six Nations
British publication urges Gareth Southgate to claim Evan Ferguson for England
"I think Tyrone are going to go down this year" - O'Sullivan unimpressed by 2021 All-Ireland champs
You may also like
6 days ago
Lidl launches One Good Club in support of youth mental health
2 weeks ago
O'Byrne Cup reduced to farce as Offaly withdraw from competition
2 weeks ago
Rory Gallagher expects Glen players to be back for Derry the week after club All-Ireland final
3 weeks ago
"That fecker, again?!" - A Dubliner's perspective of going up against Lee Keegan
3 weeks ago
The top five GAA players who never won the All-Ireland
3 weeks ago
Dessie Farrell reveals why Paul Mannion and Jack McCaffrey returned to Dublin
Next Page