When people look back at the story of 2022 season, the main protagonist has to be Galway's Shane Walsh.

The silky shooter was raved about one week and criticised the next. He exploded into life during the league season, and then was under the microscope ever since.

In the semi-final against Derry, it was clear that the Oakleaf county had put in place certain contingencies to nullify the flying forward, and based a lot of their plan on keeping him quiet. 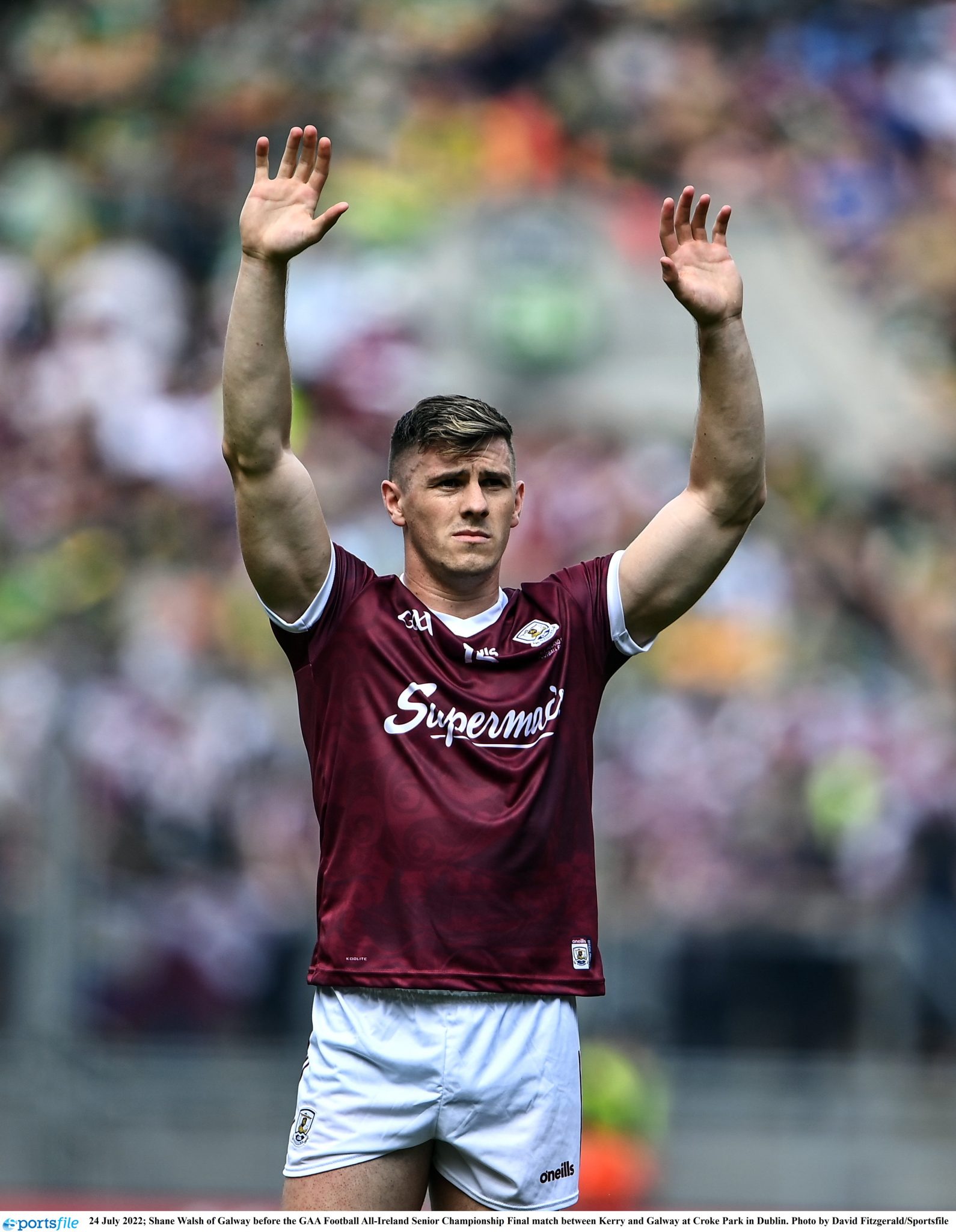 END_OF_DOCUMENT_TOKEN_TO_BE_REPLACED

This however, meant that his teammate and fellow forward Damien Comer was given the freedom inside to strut his stuff, and he put in a prolific performance that saw the Tribesmen reach their first All-Ireland final since 2001.

With Comer's exceptional display, and Walsh left to battle against the focus of the Ulster champions, pundits, journalists and ex-players were critical of the star man, claiming that he didn't stand up to the occasion.

None of this bothered the Galway Galactico, who understood that his role in that game meant he wouldn't be covered in glory, and as he collected his PWC Player of the Month award for July, he explained to SportsJOE why that was the case. 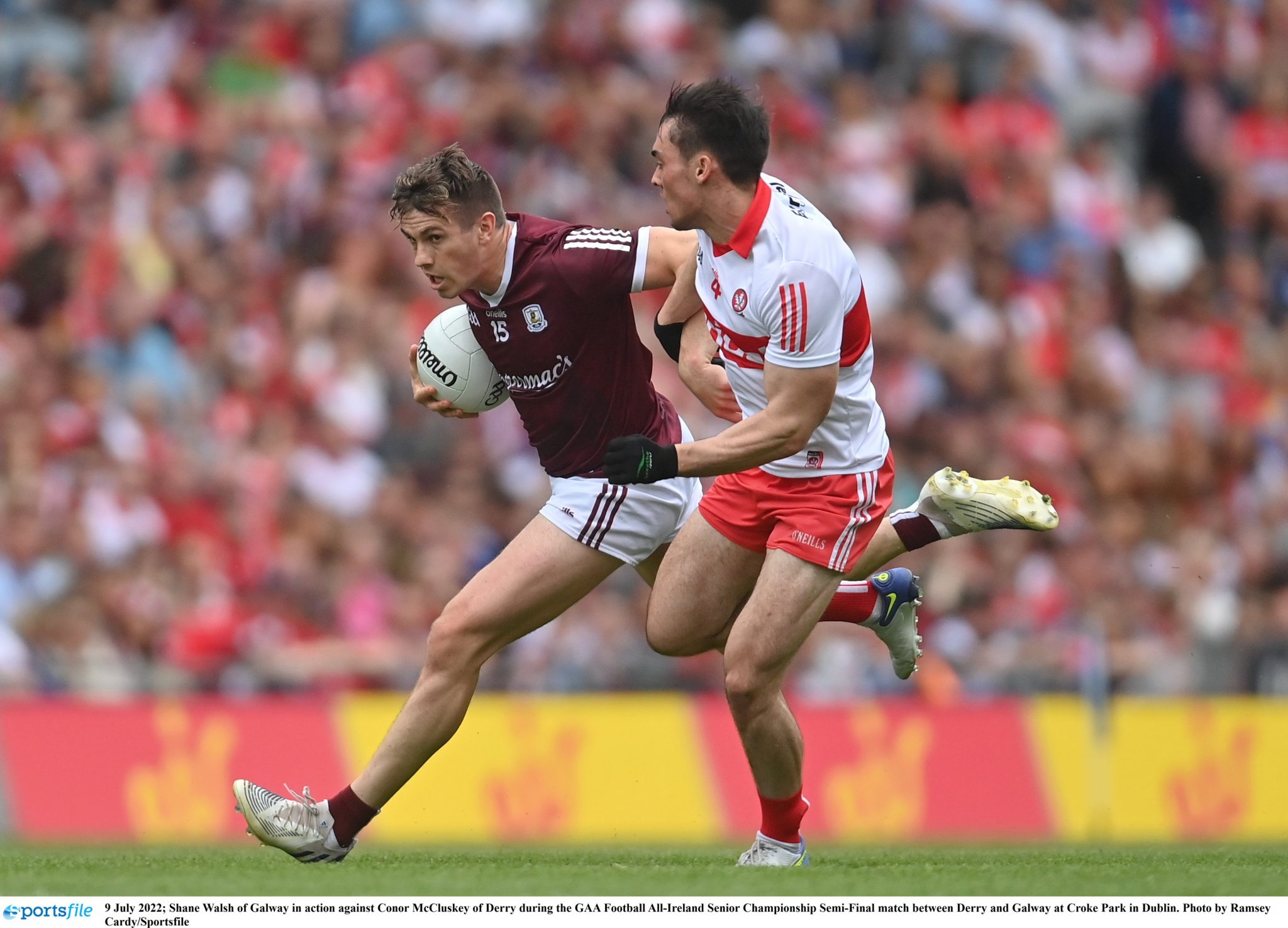 "Damo was on fire inside against Derry, and had they changed that and maybe alternated what they did to nullify that, then I probably would have taken a spin inside to shake things up.

"At the end of the day, if someone's on fire inside, you just have to keep feeding them the ball and if they don't change it, then that's their problem I suppose.

"I kind of enjoyed the different role that I played that day in the sense that I was nearly being coached more by Rory Gallagher on the sideline than I was our own management, because he was calling my name a lot in the first half in particular. 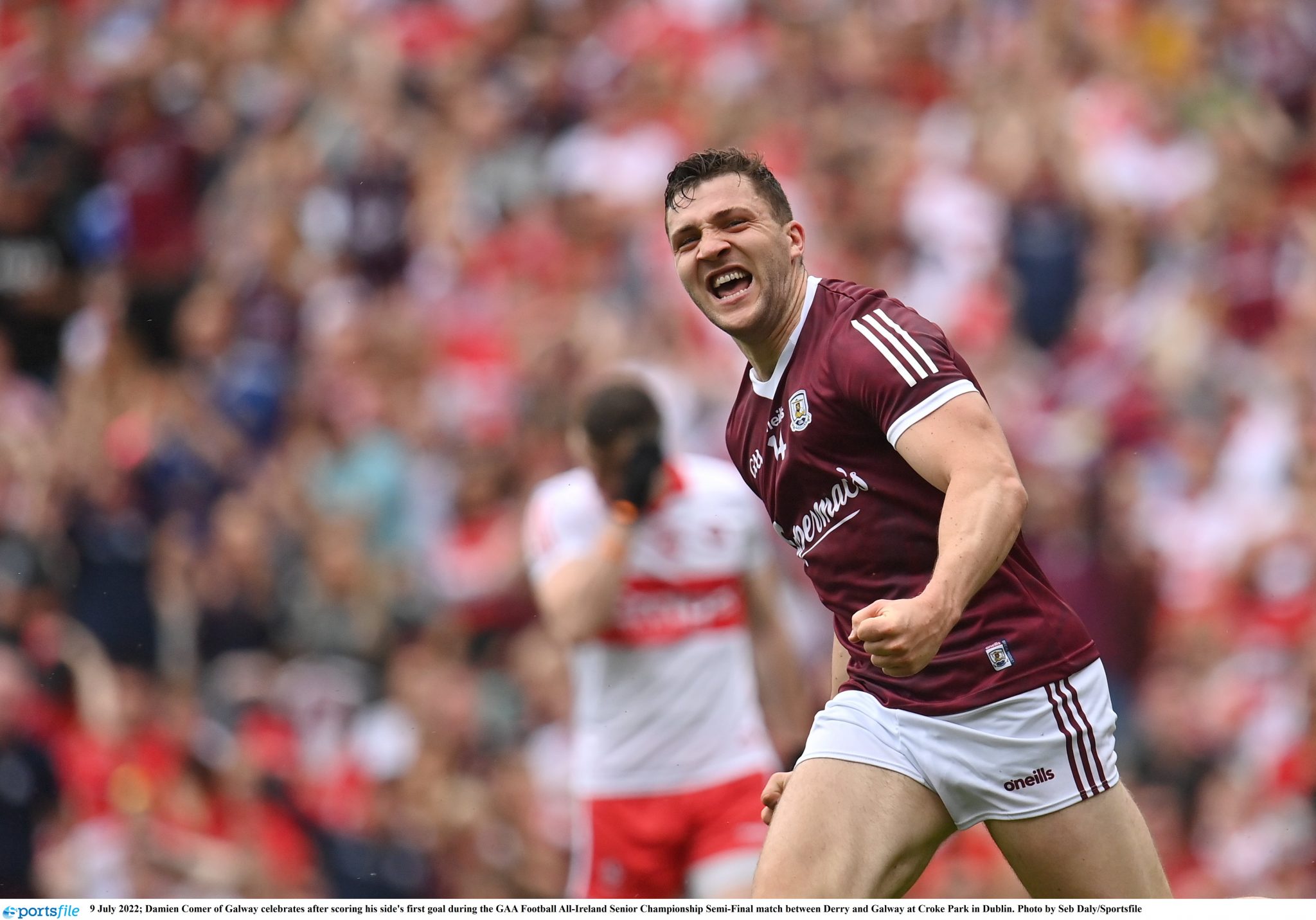 END_OF_DOCUMENT_TOKEN_TO_BE_REPLACED

"It was a funny game and we knew it was going to be tricky, but thankfully Damo was on fire and that's what it was."

Needless to say, Walsh soon put to bed any question marks surrounding his ability to step up in big games following his outrageous performance in the final, where he kicked nine incredible points.

However, any pressure that he may have felt going into the game, wasn't a consequence of critics, but from the expectations he had for himself.

"For me going into the final, the only reason I would have put pressure on myself was because I've been dreaming of this game since I started kicking a ball and they say I was born with a football in my hands, so to be dreaming about it for that long - I didn't want to let the day go by. 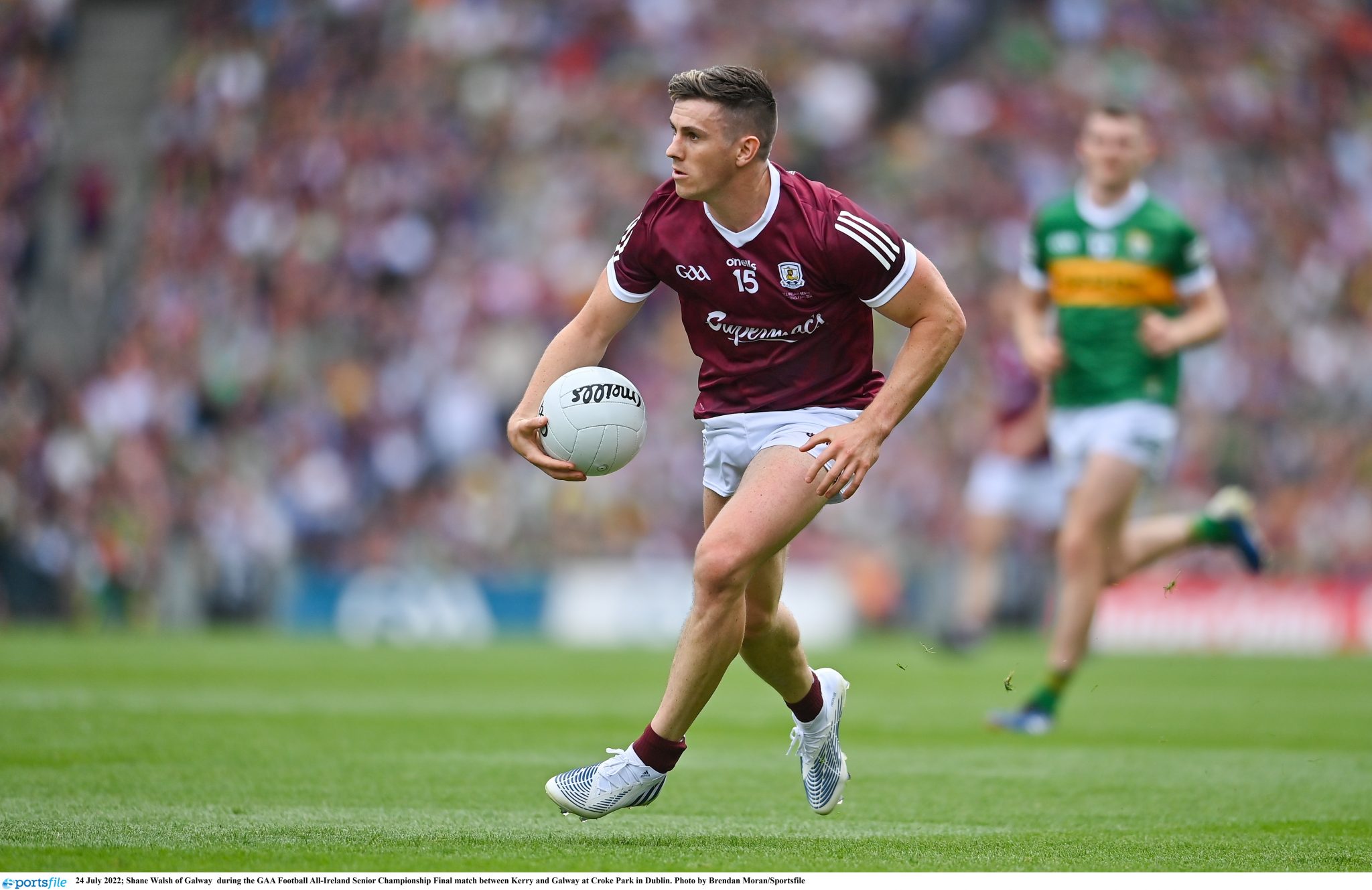 "In the other games I was fine to let someone else win the game for us, or somebody else to do the work for us, but the game plan probably changed a small bit in the final, which allowed me to be a bit more of a focal point.

"Up until the morning of that game I probably was putting that pressure on myself, but when I woke up that morning it was probably the best I've ever felt going into a game. 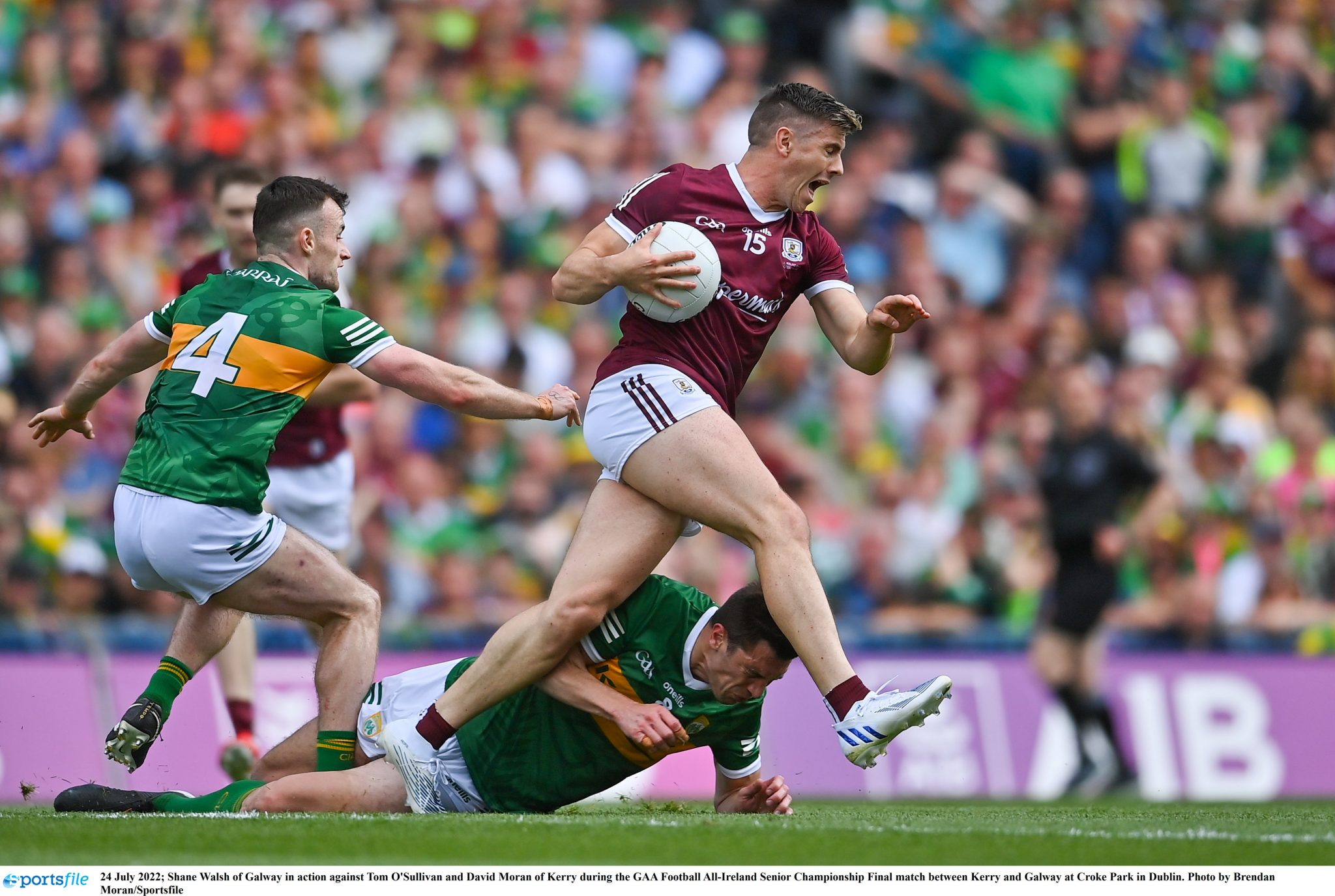 "I was relaxed and chilled. I was chatting to Sinead our nutritionist that morning, and I was very easy-going - she couldn't get over how relaxed I was.

"I just said that 'I know I am going to be fine today' and she was a bit stunned, probably thinking 'Jesus you should put some pressure on yourself to play' but at the same time, that was just the way it was.

"A big thing for me was knowing your 'why', like my family were there, and my family have bent over backwards for me to allow me to do what I do on a football field, and I wanted to make them proud. That's what means the most,  because family is everything." 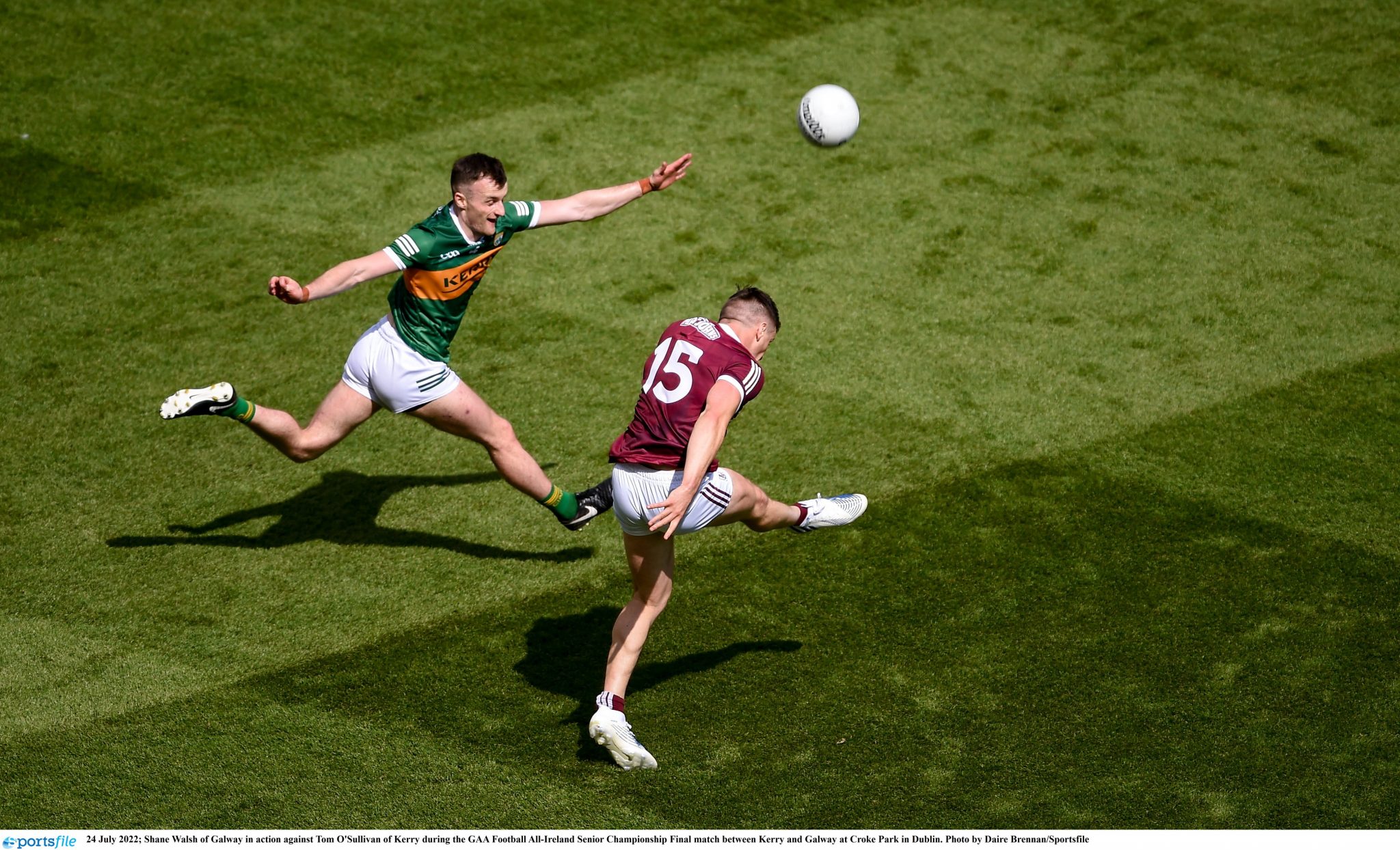 To have what was a near-perfect game, kicking scores from incredible angles, roasting a defender who had been tipped to be Player of the Year up until that point - one just needs to be in a perfect state of flow.

Walsh almost entered a form of just pure instinct, completely in the zone, where nothing was out of reach or impossible to try.

"I didn't see any of the scores back until the Monday after the game and if you were to tell me I was going to take shots from there I'd say 'I would [need to] be on stuff to go shooting [from there]'. 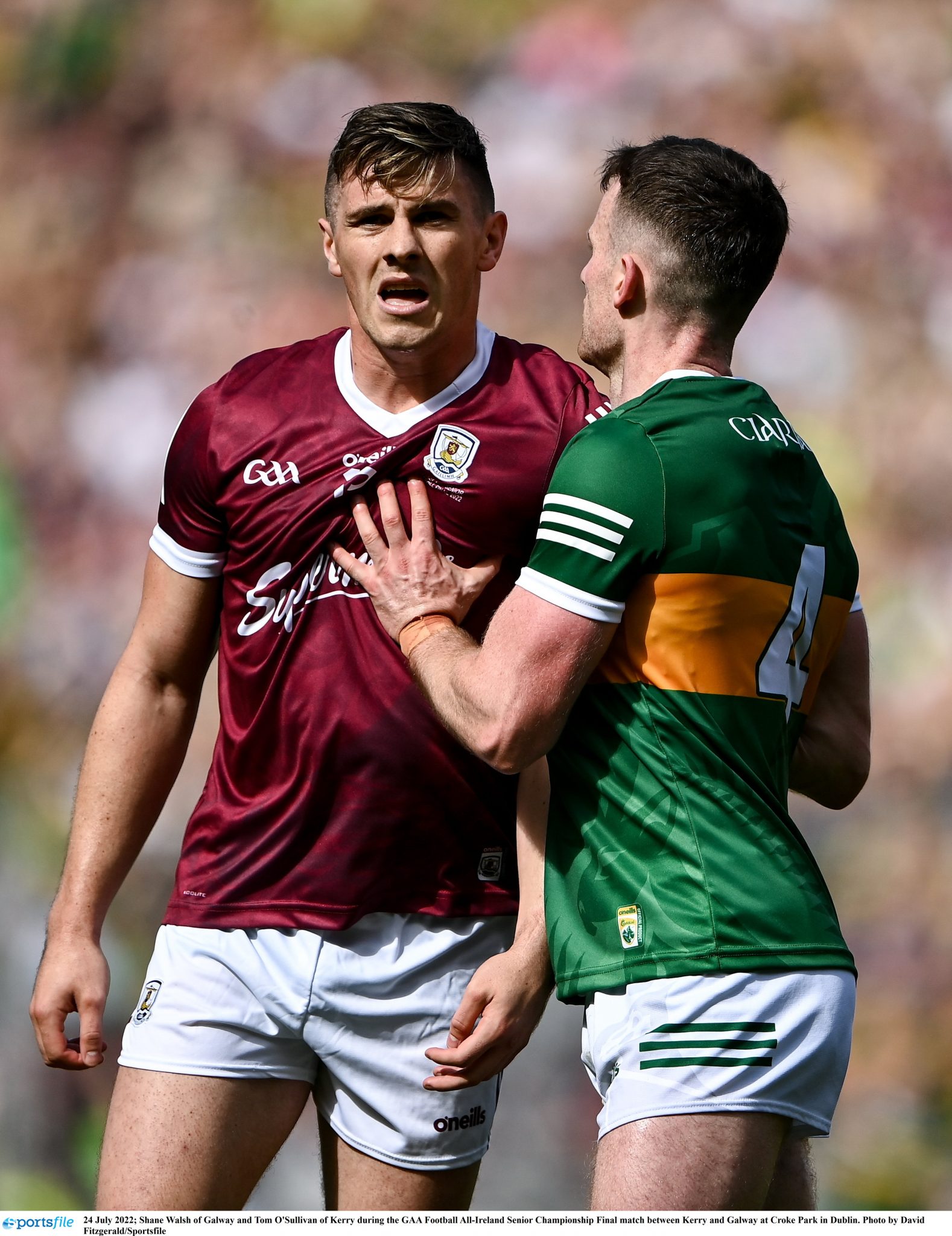 "Just on the day though, I felt sharp going into it, the first score went over and everything just seemed to go.

"The pitch seemed shorter, the goalposts seemed wider, and every time I got the ball I felt like it was on, but if I was to pick one score (as my favourite) - probably the one in the second half, the Hogan stand one."

Sometimes the stars just align, and although Galway ultimately fell short in the end, if you were to close your eyes after watching that point from the Hogan stand, you could have successfully made a wish, because you would have just witnessed a shooting star in all its glory.


popular
Ireland team to play Wales: Andy Farrell's XV, the big calls and bold cuts
Even Roy Keane felt Michael Dawson went too far with his remark to Tom Heaton
Roy Keane reminds everyone of his feelings towards Newcastle United ahead of cup final against Man United
Everton release brutal 59-word statement to confirm Anthony Gordon departure
Ireland's self destructive mentality kills Croke Park fight for Katie Taylor
True beauty of Fitzgibbon and Sigerson Cups lies in the hearts of weaker counties
"Every team did it!" - Paul O'Connell on Roy Keane comment to Ronan O'Gara that he couldn't deny
You may also like
1 week ago
Lidl launches One Good Club in support of youth mental health
2 weeks ago
Paudie Clifford had the only response needed after being cleaned out by vicious elbow
2 weeks ago
O'Byrne Cup reduced to farce as Offaly withdraw from competition
2 weeks ago
Rory Gallagher expects Glen players to be back for Derry the week after club All-Ireland final
3 weeks ago
"That fecker, again?!" - A Dubliner's perspective of going up against Lee Keegan
3 weeks ago
The top five GAA players who never won the All-Ireland
Next Page