"At this level, in an All-Ireland final, that's what you want to be doing"

Tipperary have a killer instinct and it's because they're led by the most cold-blooded assassin in the game.

Seamus Callanan hasn't left a championship pitch this year without rattling the net and none of their attackers - the Tipp Killers, as Derek McGrath would call them - are ever really happy until an umpire's sent searching for a green flag.

There's an insatiable appetite with the best forwards but there's method to the ruthlessness too. 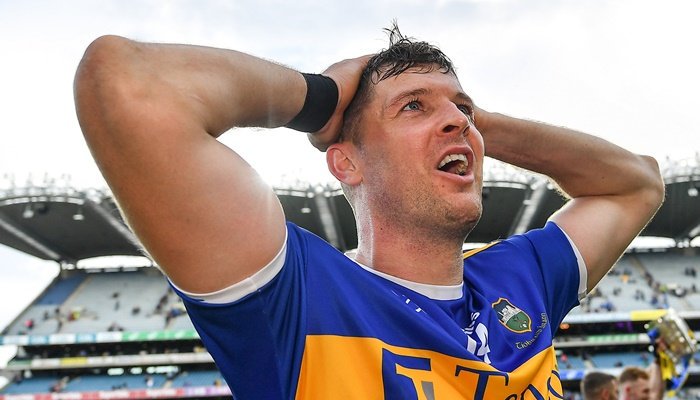 Tipperary have been in enough battles with Kilkenny through the years to know they have to take their chances whenever they even get a sniff of one.

Whilst the football fraternity bemoan every fisted score when a player refuses to think about three points and opts to hand pass over instead, there are also opportunities in the hurling to take your score. Take your points, your goals will come - and all that.

For Tipp, it's take your points and take your goals when they're on. And the Tipperary captain explained this stance on The GAA Hour with Colm Parkinson.

"One of our things would be to make the best position and give the ball to the man in the best position," Callanan could've clipped over an easy score as the Premier county flexed their muscles in the All-Ireland final but, instead, he drove a bullet pass into O'Dwyer. Goal.

"If Bubbles O'Dwyer is free in around the edge of the square, you give him the ball. If I was inside, he would give it to me.

"That's the way we operate and you have to try and be that bit ruthless."

They sniff it out and they find blood.

"The likes of Bubbles and Jason [Forde] and these guys, they're exceptional talents so if they get into positions, their vision is unbelievable. These lads are so good that, if there's a half a goal chance on, they're going to go for it, they're going to try and work something.

"At this level, in an All-Ireland final, that's what you want to be doing."

The full interview with Callanan is available right here: