"In ladies football, it's a free out."

When Meath came out for the second half against Donegal last weekend, they were forced to produce their best performance of the season.

The Ulster side had frustrated them, outmuscled them, and played some great football - Geraldine McLaughlin in particular was in scintillating form early on and causing havoc.

The champion's showed their metal though, and led by the incredible Emma Duggan, they managed to overcome Donegal and book their place in the all-Ireland final against Kerry. 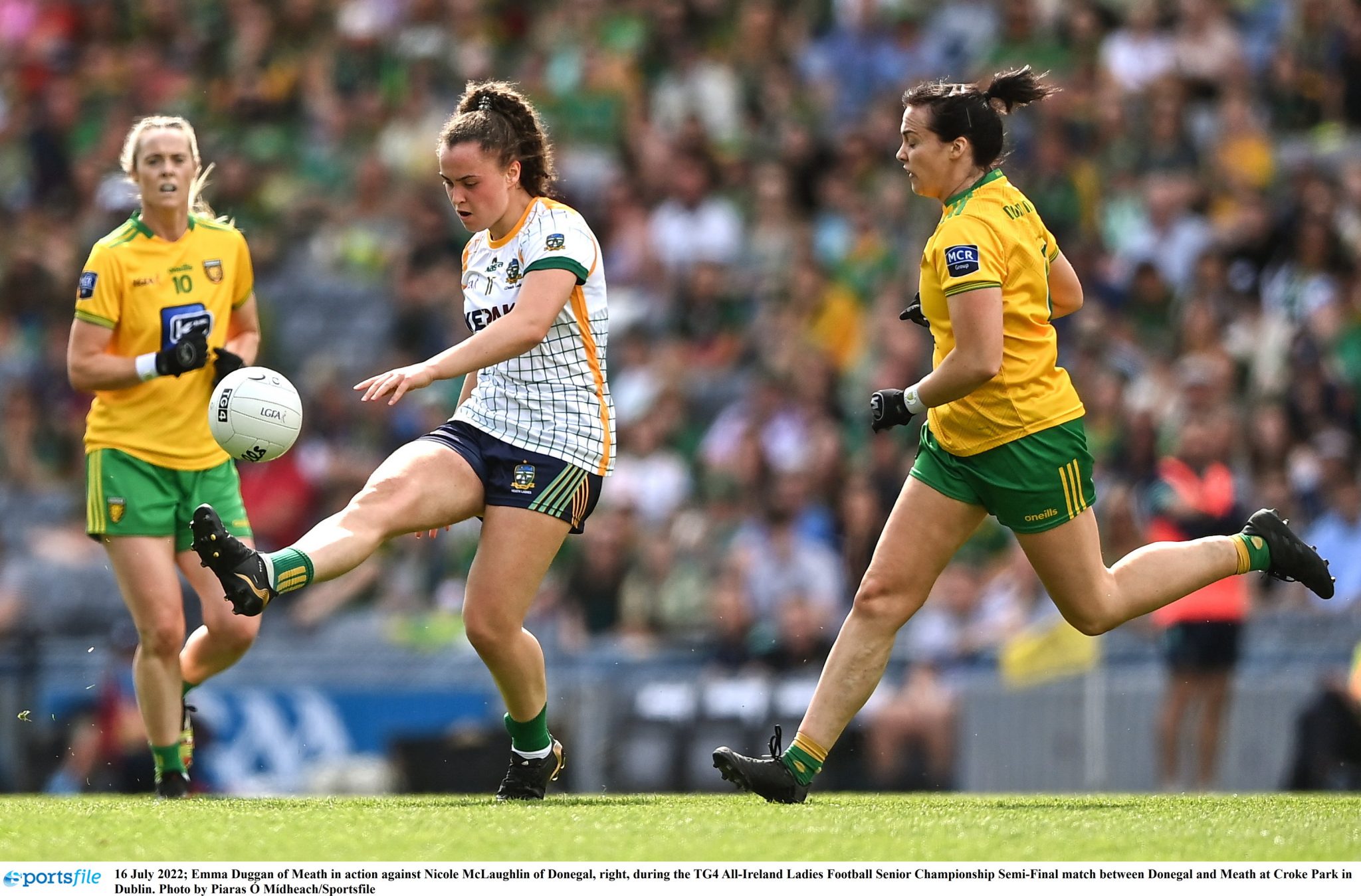 END_OF_DOCUMENT_TOKEN_TO_BE_REPLACED

However, they had to battle through a late rally from the opposition, who were working tirelessly to muster up an equaliser, and late in the game, Niamh Hegarty took the ball at pace, and made an attack through the Leinster side's defence.

That was until the forward clashed into full back, Mary Kate Lynch, who bravely went in full pelt, determined to prevent a score, but in turn ended up colliding with the number 11's head.

Both players went down hurt after such a big hit, and the referee awarded a free out to Meath - a huge call given the late stage the game, and just how precious possession was. 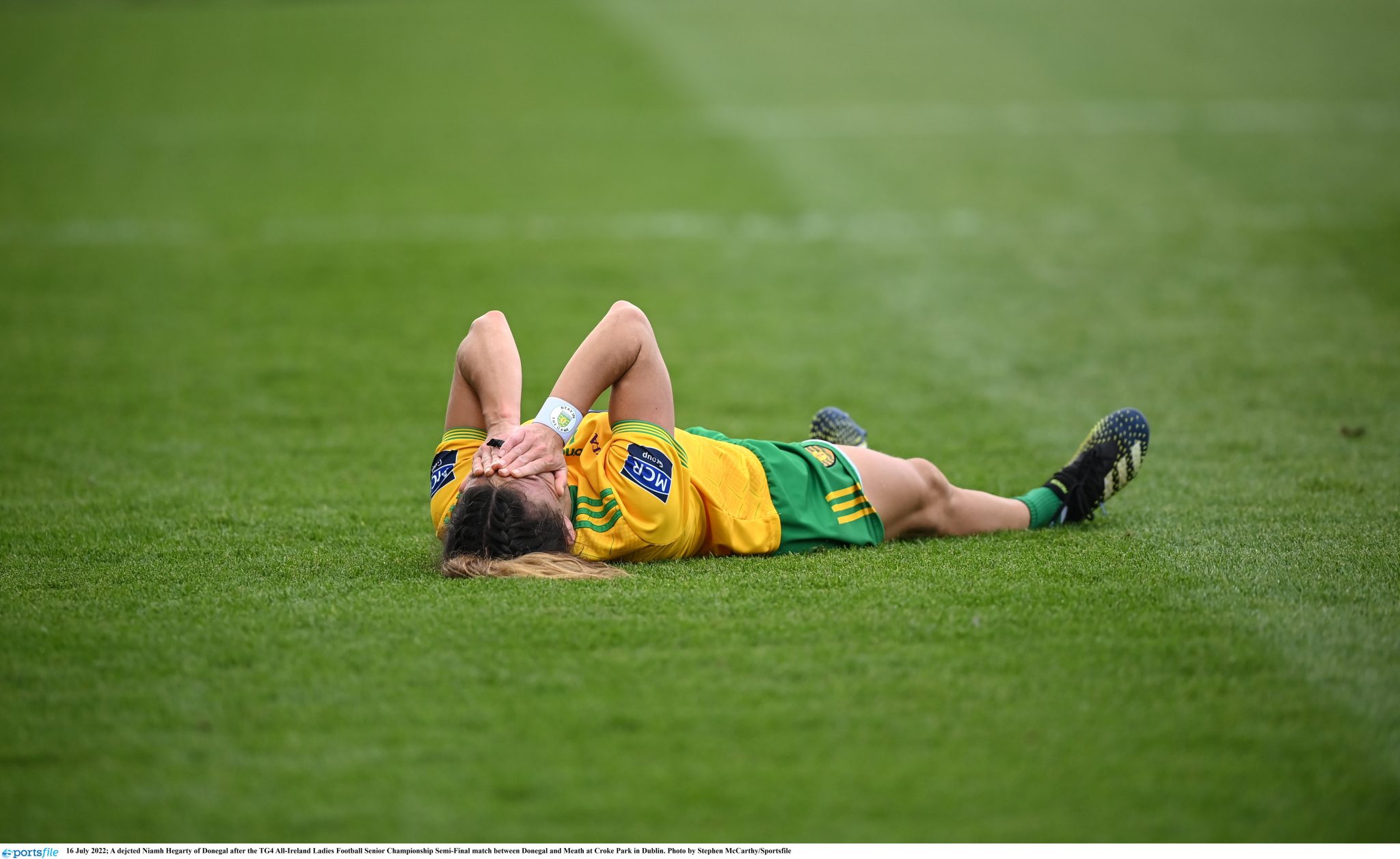 END_OF_DOCUMENT_TOKEN_TO_BE_REPLACED

Hegarty pleaded with the officials, pointing out her bruised head which was clearly marked, but to avail.

Evan Talty, manager of the Clare ladies senior county team, and entrepreneur who founded such coaching gadgets as the iGAA Coach tactics board, aired his opinion on the incident via Twitter.

"In Rugby Union this is a straight red card to the defender for contact to the head. In Ladies Football it’s a free out."

In Rugby Union this is a straight red card to the defender for contact to the head. In Ladies Football it’s a free out🤔 pic.twitter.com/cX23Bk9Ugr

Responding then to tweets who highlighted that they are different sports, and therefore have different rules, Talty posted a video comparing the tackle to a similar one made against Ireland's Gary Ringrose against the All Blacks.

"Yes there different sports, one has HIA protocols and years of studying collisions and one is an amateur sport with outdated rules," he replied.

"And this is not to say Meath defender did anything wrong nor did Donegal player. It was just 1 of many collisions in ladies football where attacking team is penalised and defence is rewarded for not attempting to tackle but take the body collision."

Yes there different sports , one has HIA protocols and years of studying collisions and one is an amateur sport with outdated rules pic.twitter.com/tFtJZegalt

There were suggestions that the free out could have been given for over carrying the ball but regardless, the rules around charging in ladies football are a grey area.

"Tackles or collisions aside it’s not a Meath or Donegal issue it happens club/county every game. But outside of silly lgfa rules don’t take away from the fact this Meath team are phenomenal.

"Go to the well every time and come up trumps. Unbelievable trust in the process," concluded the Kilmurry Ibrickane clubman.


popular
Peter O'Mahony riled by "petulant s**t" as Munster toasted by Dragons
Martin O'Neill doesn’t wait for a second invitation to settle an old score with Matt Doherty
Grim injury news for Seabelo Senatla after Bundee Aki's red card clear-out
GAA JOE Team of the weekend
55-year-old County Cork athlete beats Kaka in Berlin marathon to remember
James McClean's battle with John McGinn worth the attendance fee alone
Roy Keane wasn't having Ronny Johnsen's lovely gesture in Man United legends game at Anfield
You may also like
6 days ago
Two senior club hurling games and one football championship final on TV this weekend
1 week ago
"He would have been a phenomenal rugby player" - Jack Carty on Michael Murphy
1 week ago
Cormac Costello penalty, Johnny Cooper red card and Eoin Murchan masterclass as Na Fianna edge out Whitehall
1 week ago
Bernard Brogan wants GAA players to be more active in the media and GAA compete against other sports
1 week ago
Roscommon GAA propose lengthy ban for alleged assault on referee
2 weeks ago
Cian McConville finishes the job for Crossmaglen with the most divine of passes
Next Page