If Barry Dillon had to compare Rory Grugan to one player, ahead of all the others, the first man that springs to mind is Mattie Donnelly.

And from this Derryman at least, that's the biggest compliment Donnelly's ever going to get.

Dillon managed Donnelly during his time at the University of Jordanstown and, looking on from the line, he couldn't help but notice the Tyrone man's dedication to the game. He says that, from top to tale, Donnelly just lived the life of a footballer.

END_OF_DOCUMENT_TOKEN_TO_BE_REPLACED

He slept it, ate it, drank it and even though Trillick were an intermediate club at the time, Dillon wasn't one bit surprised when they went on, two or three years later, to become Tyrone senior football champions. Donnelly was the leader, and the rest of the Trillick boys followed.

"All the Trillick boys looked up to him. They saw that he was starring for Tyrone and that's why they started living like him and training like him. Next of all, they were Tyrone senior champions.

"It's the exact same with Rory in Ballymacnab," adds Dillon, who, as the Armagh club's senior football manager, would know exactly what he's talking about.

Ten years ago, he was in a much more difficult job. Back then, Dillon was part of the Derry under-21 management team that, having been drawn against Armagh in the championship, had to come up with a plan to stop Rory Grugan. It's fair to say that the shoe will be on the other foot later this year when the club championship rolls around and, knowing all he knows, Dillon will be a much happier man. 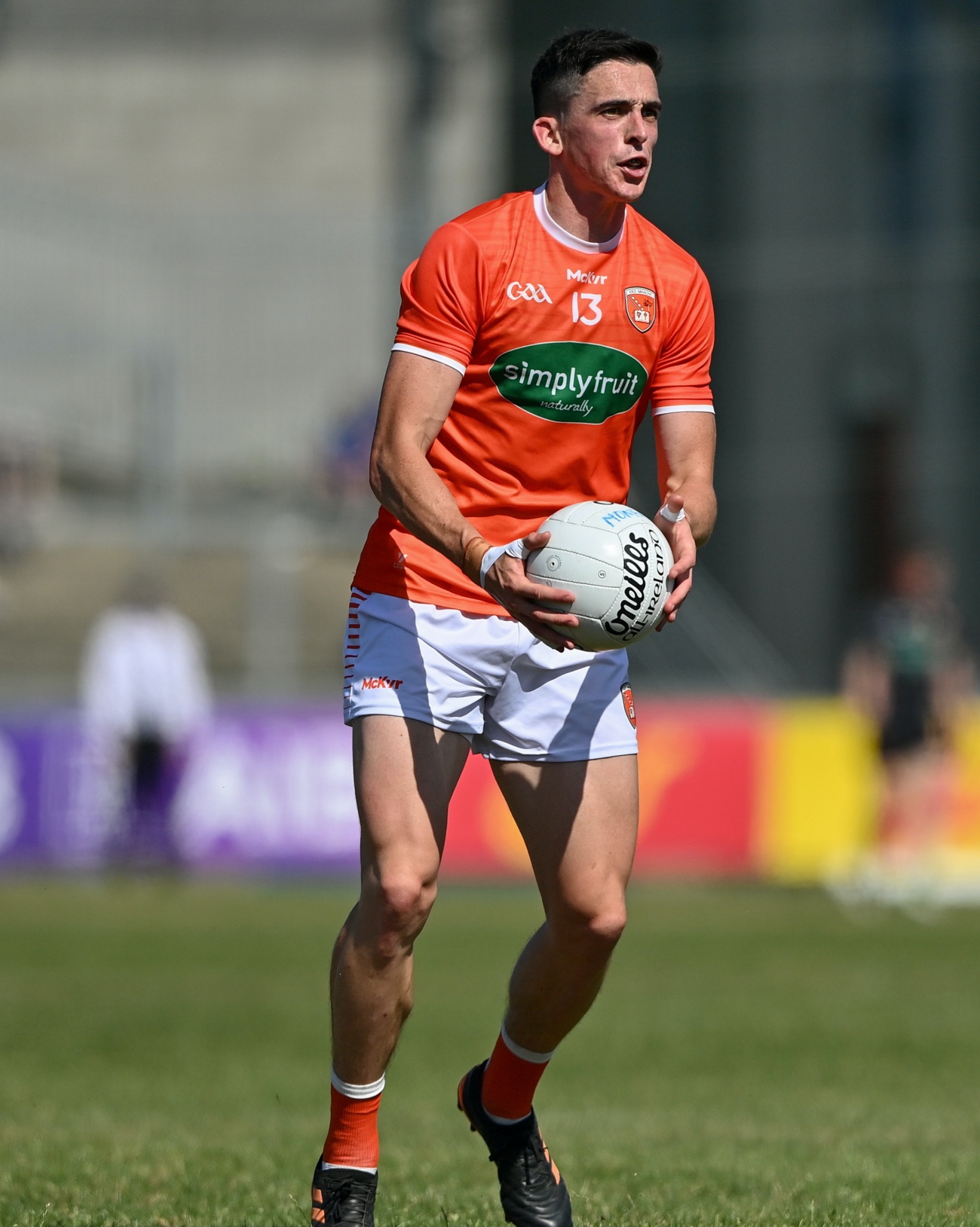 END_OF_DOCUMENT_TOKEN_TO_BE_REPLACED

Grugan was always well-regarded in Armagh, even when he was just a minor, but he's filled out in recent times and nowadays, he can mix it physically with the biggest and best of them.

"He was lighter framed back then, it was all style back then and you thought maybe you could get at him physically. We put a dog on him to mark him then like but that wouldn't work now. He's developed some amount since then. The amount of work that man puts in in the gym, and the condition he's in, he's just a piece of granite like." 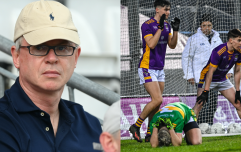 END_OF_DOCUMENT_TOKEN_TO_BE_REPLACED

And, as one of the game's great stylists, Grugan's skills have never been in doubt. RTÉ showed a great camera angle of his goal against Donegal where, between hitting the top corner and wheeling away, the man barely even blinked. You will notice it again this Sunday that, in possession of the ball, and even if things are going against Armagh, he'll still be as cool as a bucket of ice on a hot day.

"He's so focused on the pitch, he's a warrior, and everything's just like the next ball, next ball. No matter if you're ten up or ten down, he'll be going the same way. We saw that in the Ulster championship game against Donegal like and whenever the proverbial shit hit the fan, he was consistently good, he was their top performer that day too. And that's a real sign of a player."

"He's a real student of the game. Like, even with the club here when we'd have meetings, he'd come in and take notes with a pen and paper. He's that intelligent a player on the pitch and you can see like, this man has thought about his game an awful lot, he lives and breathes it like. I've never seen a man to just consistently make such good decisions on the ball, and that left foot, it's as good as anything there is in the country." 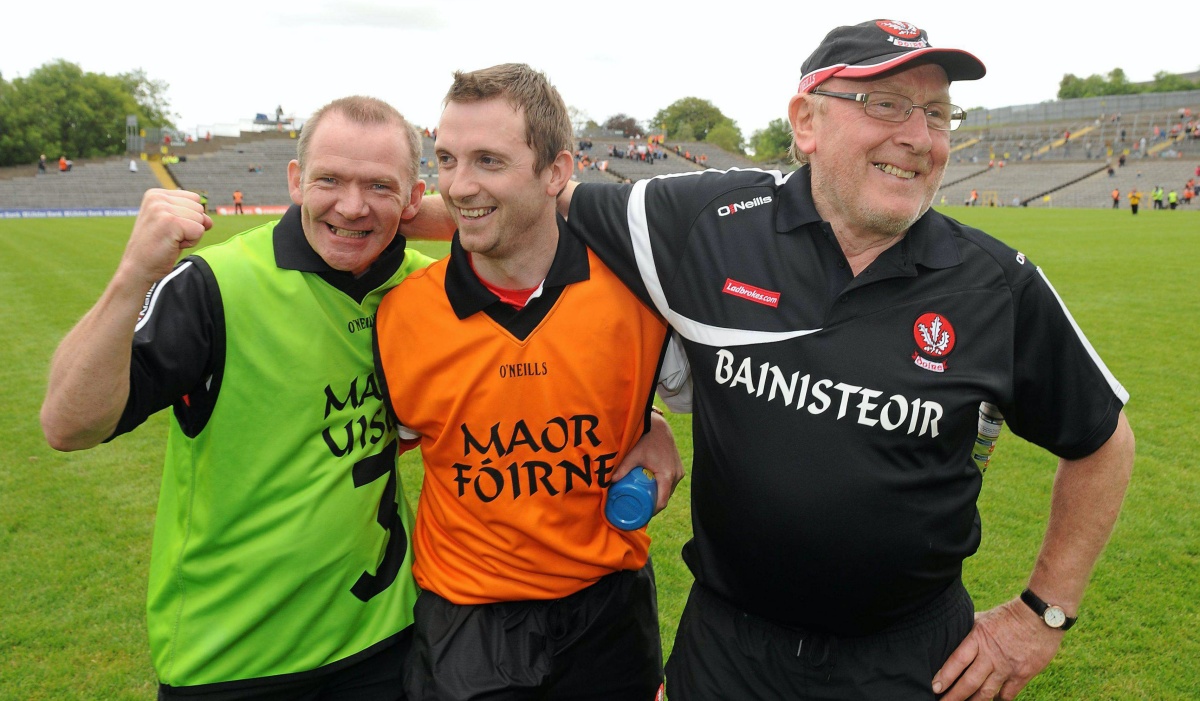 It's hardly any surprise that, between 2017 and 2019, Kieran McGeeney chose Grugan as his captain because, as Dillon tells us, he commands the respect of everyone he crosses paths with.

"His influence around the place is unreal. He still helps out with everything, he was there driving a fundraiser for one of our young lads at the start of the year. You know the way sometimes, you'd get a county lad who mightn't be about the place and people are kind of jealous of them but everyone thinks the world of Rory here.

"I think he half gave up the (Armagh) captaincy because he thought it was taking away from his own game and thought this would be better for the team. But whenever you see him playing there and Rian O'Neill is running past him and Rory calls for the ball, Rian gives it to him because you know he holds that respect for Rory.

Whatever about the pass, that finish was ice in the freezer from Rory Grugan 🧊pic.twitter.com/iRgXhMBIn2

And between the two of them, they'll go a long way deciding how long this Orchard summer lasts.

"But himself and Rian are a great duo. They work off each other well. Like I'm amazed, even at club football, without the county men, just how good their forwards are.  The standard throughout the county is as good as I've seen anywhere, but these two are top of the tree.'

"Rory knows that he needs Rian to get Armagh to where they want to go, and he'll give Rian all the service he needs. And he'll be happier to see Rian score than himself, but I would say too, for sure, that Rian O'Neill knows he needs Rory Grugan too.

"Liam Silke or Sean Kelly or Jack Glynn - these boys will have their hands full on Sunday."


popular
January transfer window 2023: Follow the latest updates live in our hub
Owen Farrell praises Johnny Sexton in revealing interview ahead of Six Nations
Shane Lowry confirms amicable split from caddie after four and a half year partnership
"Every team did it!" - Paul O'Connell on Roy Keane comment to Ronan O'Gara that he couldn't deny
British publication urges Gareth Southgate to claim Evan Ferguson for England
"It's crazy to think Bundee Aki might come straight in and start against Wales"
Everton release brutal 59-word statement to confirm Anthony Gordon departure
You may also like
1 week ago
'He’d be in that foul a mood he wouldn’t talk to you for 20 minutes' - brotherhood fuelling Glen’s journey
3 weeks ago
O'Rourke set to be without right-hand-man Porter for All-Ireland final
1 month ago
Mickey Moran gives a rare interview in TG4's brilliant Anton O'Toole documentary
1 month ago
"Today, we're Kings of Ulster" - Glen dethrone Kilcoo with defiant display
2 months ago
"I can absolutely say that I have never enjoyed a job more" - McKaigue revelling in new role as Slaughtneil GPO
2 months ago
GAA JOE Team of the weekend
Next Page