Two years interrupted by a troublesome back injury, Richie Hogan hasn't got a clear run at it in recent times. There have been moments of magic, of course there has, this is one of the most gifted and fearless competitors hurling has ever seen.

On Sunday, the magic was back. The Richie Hogan of old lit up Croke Park in the All-Ireland quarter final against Cork and what a glorious sight it was for hurling followers.

Just like he did in last year's last eight clash against Limerick, the Danesfort dynamo stepped up with another huge performance when the Cats really needed him.

It mightn't have started the best for him, Richie was beaten to a couple of early balls by Cork men but true to character, he didn't hide and kept on looking for ball. Hogan always put himself out there and as soon as he lashed over that first point after good work from Colin Fennelly, Hogan was away in a hack and that's when Cork began to fade out of the game.

That was no coincidence. Kilkenny's young guns took after their spiritual leader.

In the second half, the 30-year-old was inspired. In the very first minute of it, he gambled on a Wally Walsh break and the ball came his way. He lit onto it before cannoning one past Nash.

Kilkenny's Richie Hogan buries it in the back of the net! pic.twitter.com/MmTw2y1Pv0 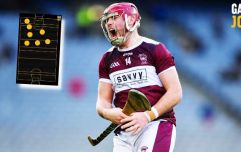 END_OF_DOCUMENT_TOKEN_TO_BE_REPLACED

A couple of minutes on and Kilkenny were looking to get him on the ball whenever they could. A long ball was sent in his direction and after a looping first touch, Hogan tore after it bravely.

The Cork lads were lining him up, Bill Cooper crunched him with a shoulder right into the head.

"That man there in your shot, I thought he was going to be in serious bother," said Brendan Cummins on RTÉ commentary duty immediately afterwards.

The impact was ferocious, the Cork man was subbed off a couple of minutes later. 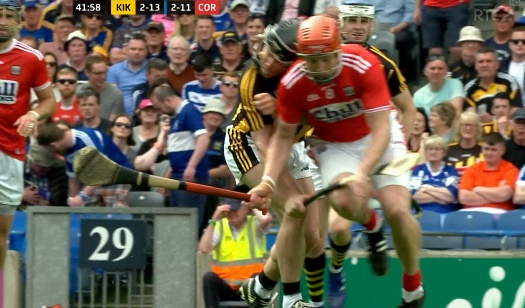 Hogan was back to his feet like a shot. He fixed his helmet and with a mean scowl across his face, he looked ready for more. Richie Leahy gave him a pat on the back, TJ Reid clapped him up. That's leadership, that's honesty.

Feigning injury could easily have led to a Cooper red card, Hogan isn't into those games. 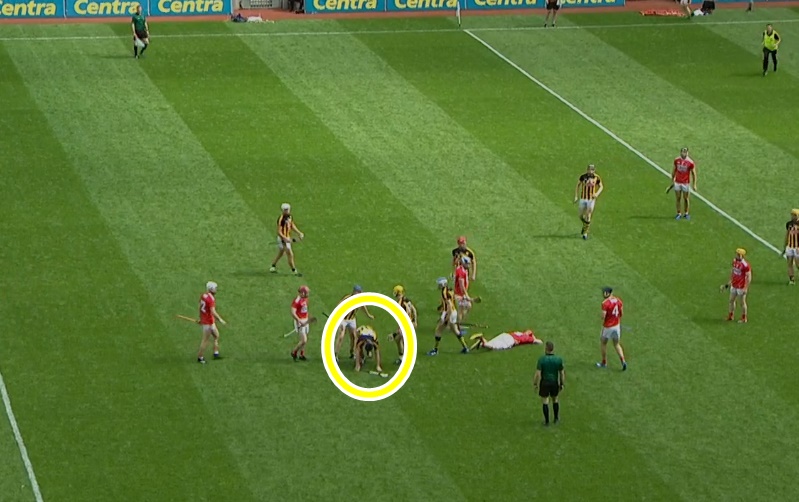 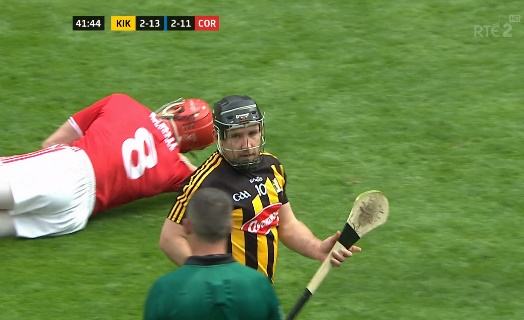 To the surprise of many in Croke Park, Hogan was substituted a few minutes later and his shake of the head said it all about a man who was hungry for more. 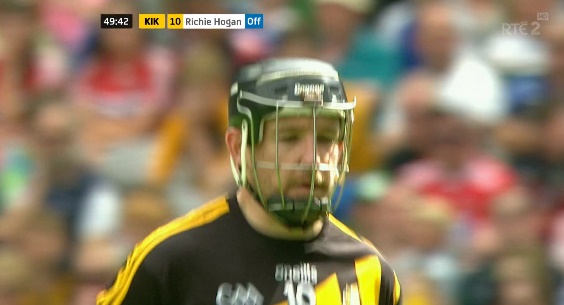 Brian Cody said afterwards that it would be a huge ask for Richie to play the full 70, given his injury history, but he was in no way underestimating his contribution.

"It’s huge what Richie Hogan contributed to the game and a huge ask for him to do it for 70 minutes. Would he do it? Of course, he would," said Cody of Hogan's performance to reporters after the game.

"What I will say that some of our players did have a tough enough time early on in particular, but showed real character and real resolve and real honesty and real genuineness not to just drop the head and just to keep going until the very, very end," he continued.

Hogan summed that resolve up.


popular
"If there's a stadium show happening in Europe, it's happening in Ireland"
In defeat, Jerry Kelly dies with his boots on in coming of age final display
Conor McGregor makes surprise call-out after Cerrone destruction
Shane Walsh provides one of the all-time great captain speeches as Tullaroan take a thriller
Leinster get Saracens as Champions Cup quarter finals confirmed
"I've never seen anything like it; he caught me way off guard" - Donald Cerrone on McGregor
Dana White livid with late stoppage on UFC 246 undercard
You may also like
3 weeks ago
1-32 table of the most competitive hurling championships in Ireland
3 weeks ago
The 15 best hurlers in the last decade
4 weeks ago
The 5 best wall-ball drills for hurlers to get sharp in the off-season
1 month ago
"I almost felt like I lost two years really" - Barrett already focused on the years ahead
1 month ago
A Season of Sundays is here and the memories roll back in a flash
1 month ago
"All the heart and desire you want from a young team was greatly evident"
Next Page