Peter Cooke is living an American lifestyle from a Galway base.

And, at the moment, despite the time difference, and even with a lot on his plate, it's suiting the Moycullen ace down to the ground.

Cooke works for Titanhq, a Cybersecurity firm that started in Galway, but has since expanded to Canada and the US.

END_OF_DOCUMENT_TOKEN_TO_BE_REPLACED

Like the company itself, Cooke also started in Galway but he's since broadened his horizons to the states, and works as part of the company's US function now.

Working from home, he says, is a God-send. And, seeing as that's the reason he's been able to play such an active role in their club-run so far this year, so say the people of Moycullen.

"I've been at home in Moycullen now for two or three months, so I've a good routine going," Cooke tells us, on the week of his club's AIB Connacht club final against Tourlestrane.

"I'm able to work remotely. I've been with Titanhq the last four or five years and I work out of our US function now.

END_OF_DOCUMENT_TOKEN_TO_BE_REPLACED

"I come online later in the day and finish up later. Working from home is a great thing, because I can come online with a polo shirt and a pyjamas and go about my day.

"I've a great balance over the last six months. I finish up late some nights, around ten, and take a long lunch for training! But they're flexible in there.

"You'd be chomping at the bit to get away from the desk at times, to do a bit, to meet the lads."

Peter Cooke displayed some bravery to keep his eyes on the ball, and to score the winning goal in the Galway SFC finalpic.twitter.com/5gdFJFf9yd

END_OF_DOCUMENT_TOKEN_TO_BE_REPLACED

He's more than done his bit. It was Cooke's late goal that turned the Galway final in Moycullen's favour and though he missed their Connacht bow, due to sickness, and only came on the last day, as his recovery continued, he's back in the game now. Just in time.

"I was on my death-bed, down with a virus, a lot worse than the man-flu, and I missed the Westport game because of it," he says.

"I was dosed in bed that day. Thankfully I've come out the right side of it! And the team did too. I could only watch it from the bed with one eye closed but they played well.

"I definitely wasn't up to the pitch of it then the last day, 10 days later, so I'm glad I was able to do a full week of training last week and this week."

Cooke first moved over to America in 2019 - which meant he missed Moycullen's first county title - and while it was slightly bittersweet watching on from afar, this man quite clearly has no regrets.

"I moved over first in 2019. I stayed there for a year and a half, two years, having had a Visa straight out of college. I was back in 2021, and played with Galway that year but I was over there again at the start of the year, and have been over and back ever since.

"There's part of it that is bittersweet (watching from afar.)

"But what makes those days special is the times you invest in it. I suppose, if you just turn up the day of a final, or just play and fly home for it, you haven't put in the six or nine months of graft, you haven't experienced the highs and lows so that's what gives it all context.

"So listen, I was delighted for the boys, because I had made my decision to pursue my own adventure and that was what I wanted to do. 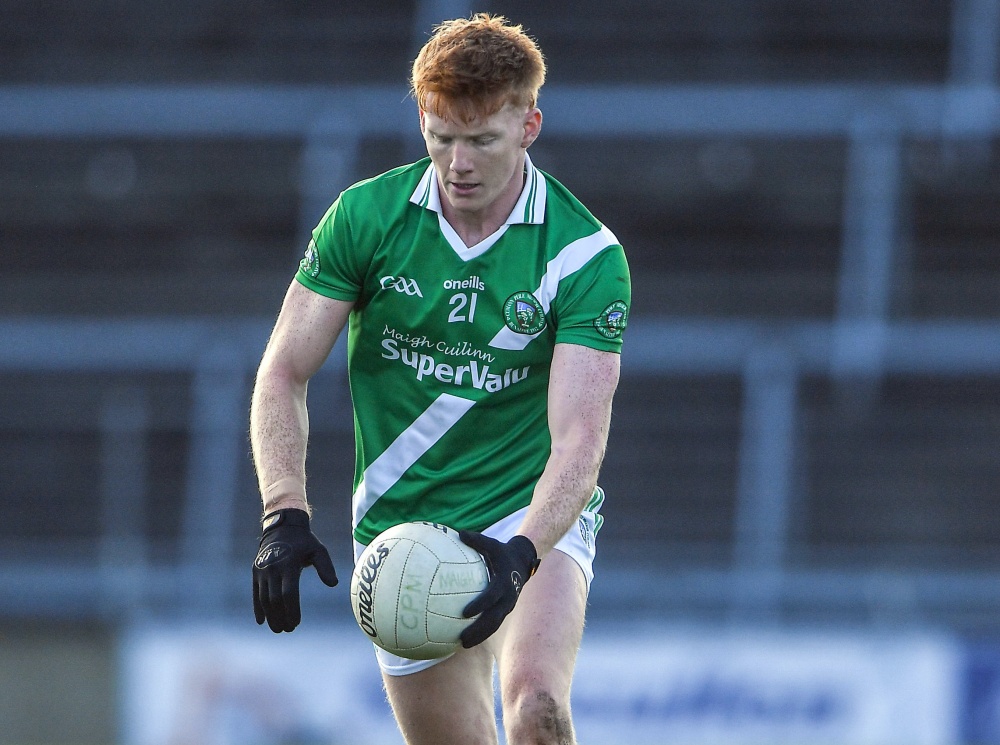 "From watching the Westport game the last day. I would have a lot of sympathy what my mother and the Moycullen supporters go through watching games! It's not easy."

For now though, it's all about Moycullen.

"I appreciate Moycullen more now than ever, from being away, that sense of community and friendship back here. It's unreal. Those big days out, such as county finals, that's not something I've found I can get every weekend over in the states, or anything like that. So football is a big, big part of it.

"The county season is kicking back up in the background now. So you do need to hit the ground running, so I'll definitely have a conversation about that before Christmas I'm sure." 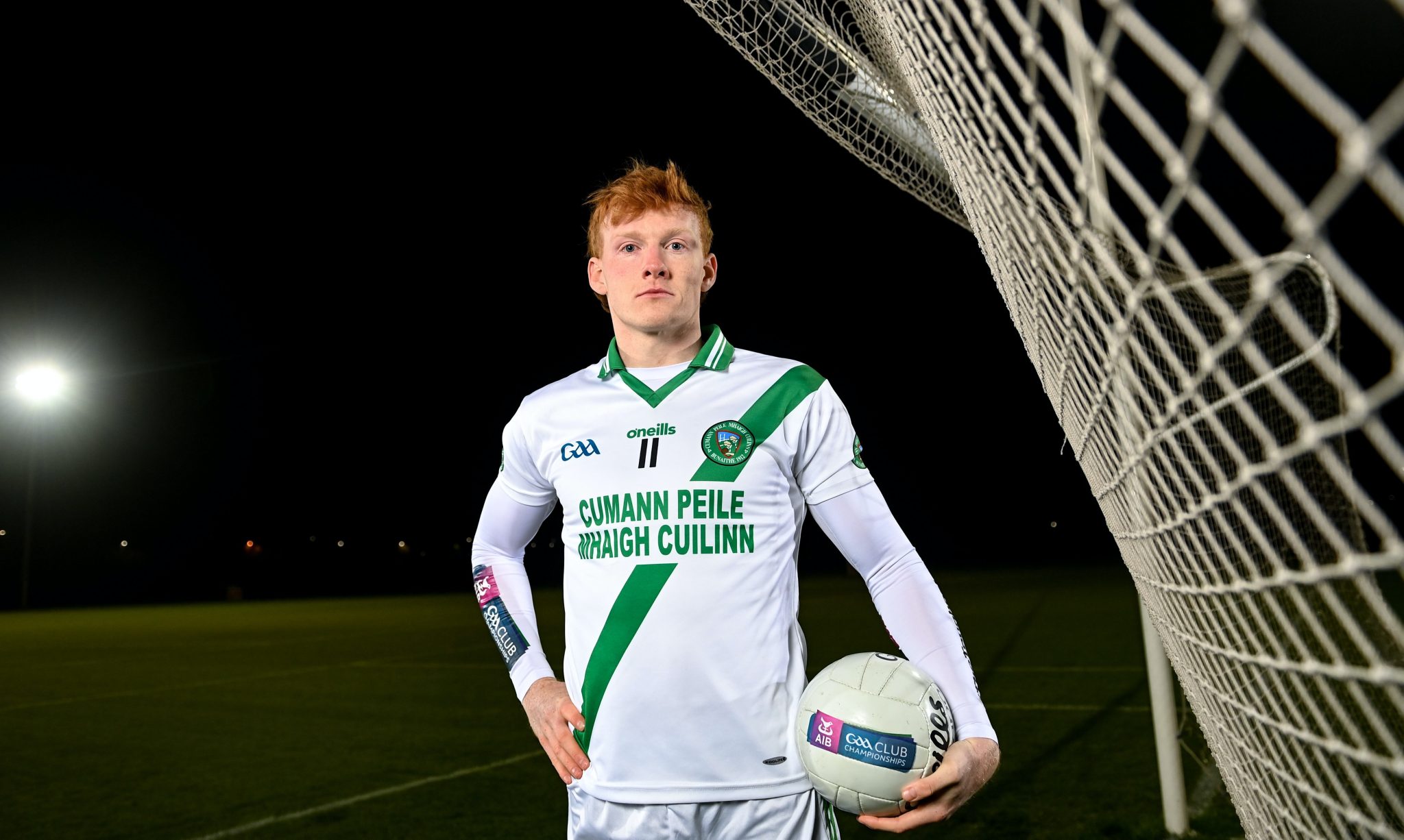 
popular
Ireland vs Wales: All the big talking points, moments and player ratings
Conor McGregor offers solution to Croke Park fiasco that should suit all parties
Conor McGregor's UFC comeback finally confirmed by Dana White
Conor McGregor hit by car ‘at full speed’ while cycling
Everton release brutal 59-word statement to confirm Anthony Gordon departure
Allianz National League Round 2: All the action and talking points
Ireland team to play Wales: Andy Farrell's XV, the big calls and bold cuts
You may also like
3 weeks ago
Moran and Bradley and Cooke show that it's hard as ever to beat the big man in midfield
1 month ago
How many of the 65 county senior champions for 2022 can you name?
2 months ago
GAA JOE Team of the weekend
2 months ago
Results from all around the grounds on a blockbuster day of provincial action
2 months ago
GAA JOE Team of the weekend
2 months ago
Leinster semi-final double-header confirmed after big day of provincial club action
Next Page