Paul Galvin and Colm Cooper have 16 All-Ireland Final appearances between them. They've seen it all. Still, Galvin was never expecting such a late, late lie-in.

Galvin and Cooper were guests on The GAA Hour Live at The Sugar Club, at had the crowd in stitches with some of their recollections.

Kerry teammates for over a decade, the pair often roomed with each other before big games, and they don't come much bigger than the All-Ireland Final in 2007. 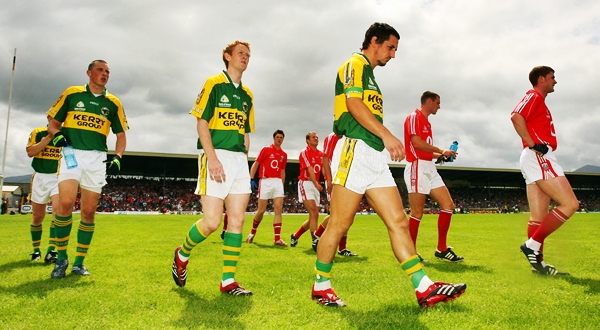 "I came back to the room around 1 o'clock. Gooch had disappeared.

"The game was at 3:30pm and this was about 1:15pm. So he would have been up for breakfast, physio, lunch and then he disappeared. We had about an hour to kill so I headed back to the room and I see this little tuft of red hair under the duvet, and there's not a stir out of him.

"I was getting the bag ready and there's still no life out of Gooch. Next thing, I pick up my bag and drop it. He grunts... 'What time is it?'

"It's quarter past one Gooch. 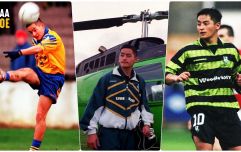 END_OF_DOCUMENT_TOKEN_TO_BE_REPLACED

You can have a listen [starts at 36:00] to Galvin's tale and another host of wonderful recollections.


popular
Warren Gatland mentions three Irish players as potential Lions captain
The SportsJOE 12 o'clock quiz | Day 221
"We're doing it for the group and for what's going on in the country" - Andy Farrell
QUIZ: Can you guess the football club badge?
Two changes as Ireland name team for Six Nations title decider
The SportsJOE 12 o'clock quiz | Day 220
"In Kerry, it's nearly like a religion."
You may also like
1 month ago
Close bonds and basic skills: the Fenton formula
1 month ago
"My own mother would go to three games on Saturday, three games on Sunday"
2 months ago
"I'd say to fellas 'if you bring a friend and they stay playing, we'll give you a prize"
2 months ago
"That's a risk I'd be willing to take" - Byrne ready and raring for a championship
2 months ago
Goal disallowed in Dublin SFC because player wasn't wearing his gumshield
3 months ago
The former Dublin minor star that led Ireland to Grand Slam glory
Next Page