"The buzz has started to come on and the hunt for tickets is well and truly on."

As a former All-Ireland winner with the Galway Minors and the current Connacht captain, John Muldoon would have been expecting to get his hands on tickets for this weekend's final easily enough.

That was not the case as tickets for the big game were scarce on the ground. It was not until Tuesday evening that Muldoon struck gold.

All-Ireland fever has caught hold in both Galway and Waterford as both counties seek to end decades' long waits for the Liam MaCarthy. The Déise have to go back to the 1950s for their last taste of glory while The Tribesmen last triumphed in 1988.

Anyone and everyone is looking to get up to Croke Park, from lifelong fans to newcomers who have fallen in love with the game. 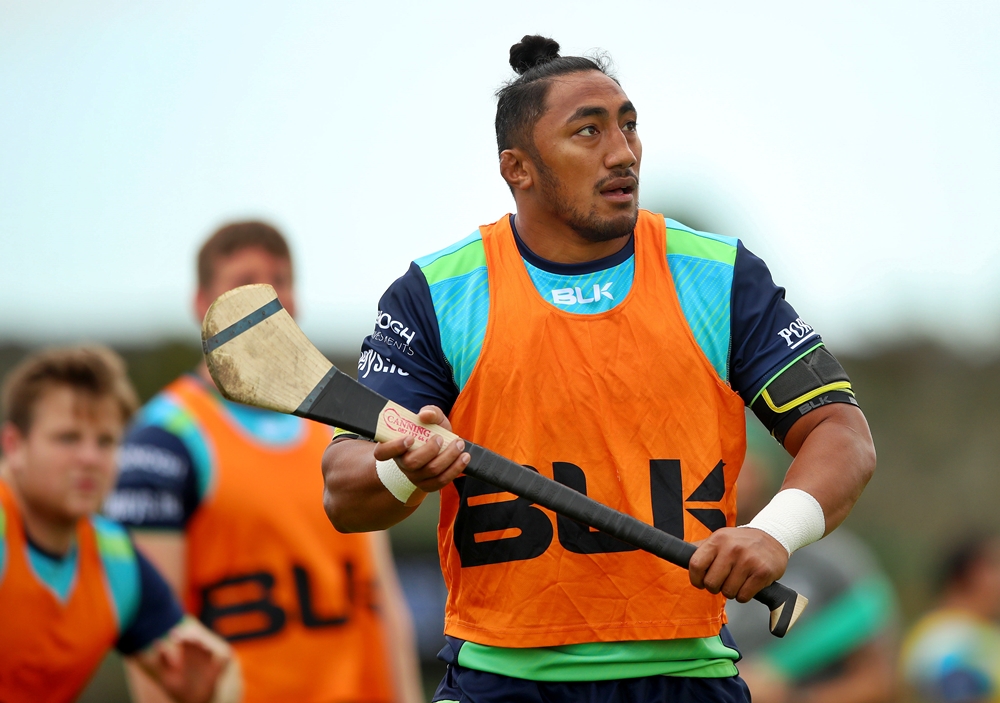 Cathríona Heffernan is one of the former - a young woman who has followed the county's hurlers for as long as she can remember.

Heffernan runs an Instagram dedicated to Galway and GAA, and has steadily grown its' following thanks to her frequent and engaging updates about all the intercounty sides - men, women and underage.

Her grandfather is a proud Waterford fan and has taken her to a number of games this year. So, with the big game approaching, she was thinking about doing a good deed and getting them both tickets.

She stuck out a post asking if any hurling fans were selling spare tickets or knew of anyone she could get in touch with. Within 20 minutes, she was contacted with an offer or a pair of tickets. That is where her luck ran out.

After sending a couple of messages back and forth, it soon became apparent that she would not be getting the tickets any more. Her crime? Being female. 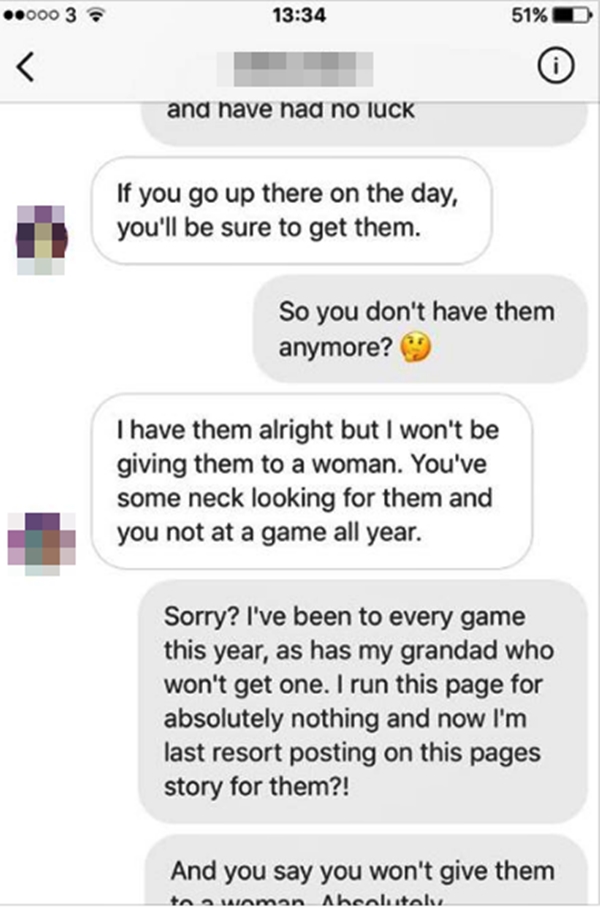 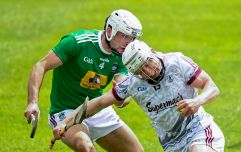 END_OF_DOCUMENT_TOKEN_TO_BE_REPLACED

After sharing the screenshot above on the Galway GAA Instagram page, the lad that reneged on his offer first claimed his friend had accessed his account to send the rude, dismissive messages. He then threatened to get his 'legal representative' in touch with Heffernan if her post was not removed but she did not comply.

'Girls quit sports everyday because of comments like these. I'm so happy that 99% of the responses to my post have been so positive.'

The keen Galway fan was fortunate enough to secure tickets for the final later in the week so it is a case of all being well that started well yet included some insensitive and needless messages.


popular
Six minutes was all Alan Connolly needed to score two goals and set up another
Sensational scenes in Belfast as Antrim edge out Clare in a thriller
'Jesus Christ! How am I going to put up with this lad for nine weeks?!'
Gatland comments give insight as to why CJ Stander missed Lions call
Peter Queally vaults into Bellator title picture with stunning win over Pitbull
The Garry Ringrose narrative around the Lions Tour is complete bull
South African media shocked by Lions omissions of Sexton and Ryan
You may also like
2 months ago
Gaule honoured as camogie player of the year for a second time
2 months ago
De Búrca keeping positive as Fenton and Hegarty are the top dogs
3 months ago
"I did for one second think of flinging the boot at him" - Maher's journey an inspirational thing
3 months ago
Limerick dominate All Star nominations with fair Hurler of the Year spread
4 months ago
"Outstanding refereeing" - courageous ref praised after under-20 final
4 months ago
Galway beat Dublin to win the U20 All-Ireland 315 days later
Next Page