A couple of years ago, Offaly had Antrim away and that meant a journey to Casement Park. Right into the lion's den.

McManus will never forget one of the Offaly hurlers complaining to him after the game about the cold in the dressing rooms up there and the hostility of the place in general.

"I thought 'brilliant!'...it was home, welcome to the jungle," said McManus.

And the Antrim hurlers are suffering because of it.

Chris Crummey knows how lucky he is, he knows how lucky Dublin are. The Dublin hurlers play their home games in Parnell Park - a tight pitch with comparatively modest facilities but there's not a ground in the country he prefers. 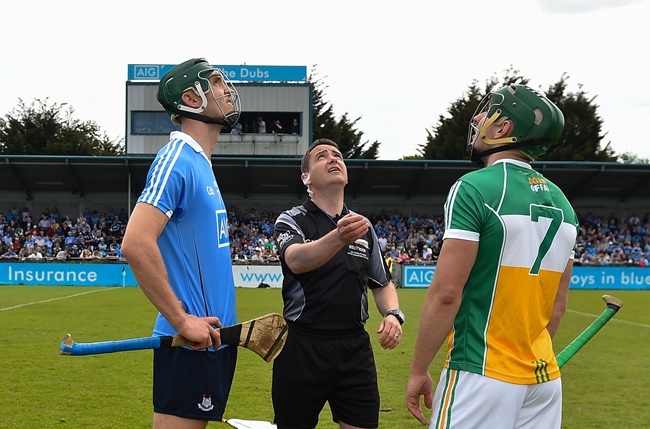 “To be honest, it’s definitely my favourite ground in the country. The atmosphere in Parnell Park in big championship games is unreal. It’s a great to have such a large Dublin support - they really add to the team’s performance, especially in the closing minutes when they really get behind the team and it really makes a big difference. I always look forward to playing in Parnell and hopefully that continues for the rest of the season," he said to us at a recent AIG event.

END_OF_DOCUMENT_TOKEN_TO_BE_REPLACED

It's a very different story for the Dublin footballers. They play their home games, often in front of a half house in Croke Park - and there have been murmurs recently that the atmosphere would improve if they adopted Parnell Park as their home. That won't be the case in the foreseeable, given how congress emphatically rebuffed the motion to take Croke Park away from them just last week, but while the footballers appear to be in favour of staying on Jones' Road, Crummey is happy where he is.

"Absolutely - the way the championship is structured now with the home and away games, you really have to be making sure you get maximum points out of them home games. It’s a place that we love playing and we have fond memories of playing there. Hopefully, when it comes to the championship, there will be a massive support like there was the last few years.

Down the line, Croker is the aim - but that's only for knockout championship clashes.

"Obviously, when it comes to the bigger games, Croke Park is where you want to be but at the moment, we’re deligthed with Parnell Park - it’s our home venue and the atmosphere for those big matches really helps the team."

As for Dublin hurling in general, with Mattie Kenny settling in well, he feels that the panel are picking up from the progress they made last year under Pat Gilroy.

“I’d say we are further down the road. It’s a completely new year but it’s a continuation of the progress we made last year. We have new additions to the panel, there are a lot of lads who have gotten game time and have really put their hands up for places.

"I just really think the strength and depth in our panel is greater than ever and that’s what you need to be successful. As I said, we had 24 lads playing Fitzgibbon and I think that’s great for Dublin - there are so many lads putting their hands up for places so that bodes well."

Last weekend's win over Waterford was a big one for them - given it was their first over a genuine Liam MacCarthy contender in two years, but Crummey is confident that if they put in the performances, they can beat the best of them.

"Winning is a habit as people say, and it definitely does make a difference. It does build confidence because we know that when we perform, we’re as good as any team in the country but then when we’re not at the level, we could be beaten. It’s just about concentrating on ourselves and putting in the right performance because we know when we do, we can beat anyone on their day."

Three who certainly have been putting in the performances are Crummey and his partners in crime in the half back line Moran and Barrett.

"Yeah, definitely, I suppose we’ve good understanding. The more games we play with each other the more we understanding you get playing alongside each other….

"They’re two brilliant hurlers and we’ve a lot of trust in each other now at this stage - that comes from playing a lot of games together and it’s good to have that continuity in the team."

They say a team builds from their half back-line. Dublin have a good starting point so. 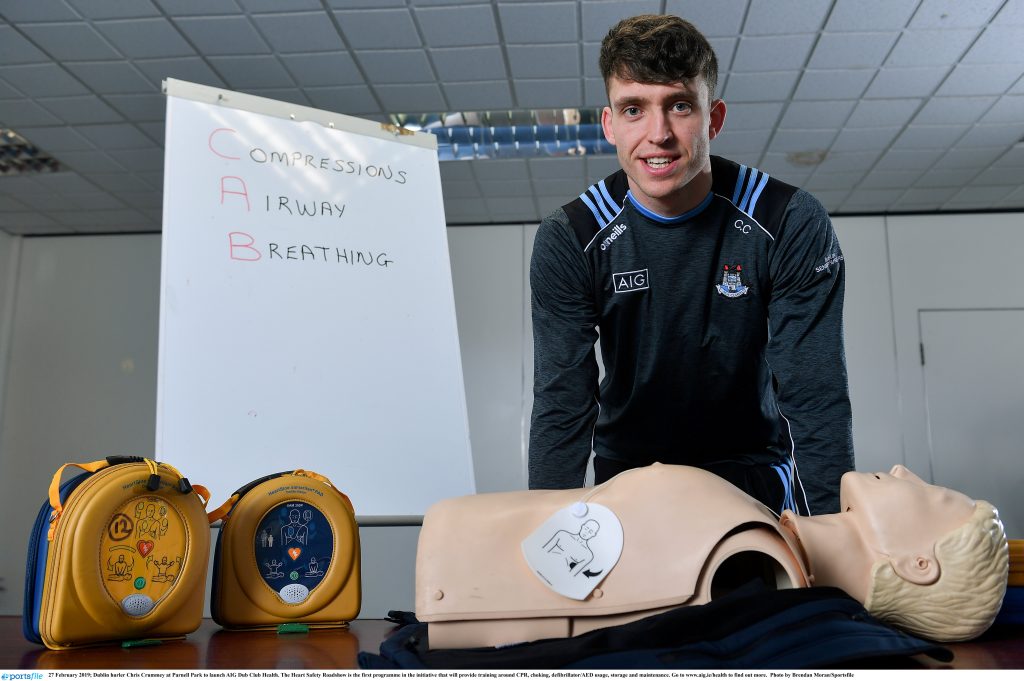 Dublin hurler Chris Crummey at Parnell Park to launch AIG Dub Club Health. The Heart Safety Roadshow is the first programme in the initiative that will provide training around CPR, choking, defibrillator/AED usage, storage and maintenance.

popular
The SportsJOE 12 o'clock quiz | Day 292
Michael Bisping tears into Dillon Danis for 'trying to be Conor McGregor so hard'
SportsJOE 2000s Football Quiz | Round 20
Conor McGregor wants immediate Dustin Poirier rematch, for UFC title
Daniel Cormier defends immediate reaction to shock Conor McGregor loss
Looks like Rojo and Lingard are finally on the way out of Old Trafford
Jolie Poirier certainly let her voice be heard after her husband's win over McGregor
You may also like
1 month ago
GAA JOE All-Star Gaelic football team
1 month ago
"Cillian O'Connor, amazingly, didn't even flinch at what was said by Philly"
1 month ago
"Outstanding refereeing" - courageous ref praised after under-20 final
1 month ago
Mutual respect between Fitzsimons and Keegan a stirring sight
1 month ago
Dublin and Mayo players clash in tunnel at half time
1 month ago
6-in-a-row for Dublin as they beat Mayo again
Next Page