"I'd say to fellas 'if you bring a friend and they stay playing, we'll give you a prize"

Dean Rock top scored that day while James McCarthy and Philly McMahon were key men in their one point defeat of Kilmacud Crokes.

A 20-year-old John Small couldn't even make the Kickhams team, underlining their strength in depth,  and with a county championship under their belts - the club's first in 27 years - they were widely tipped to take off on a trail of glory in the next few.

They'd go onto win a Leinster, defeating Portlaoise in the final but disaster would strike in the All-Ireland the following March.

Paul Curran's side thundered into the game, hitting 2-3 in its first ten minutes but from there, it would slowly turn into a nightmare for the Dublin club. Opponents St Brigid's grew into it and with the clock ticking they were breathing down Ballymun necks. In the dying moments, veteran Frankie Dolan stepped up to kick a winner to sink the red-hot favourites. 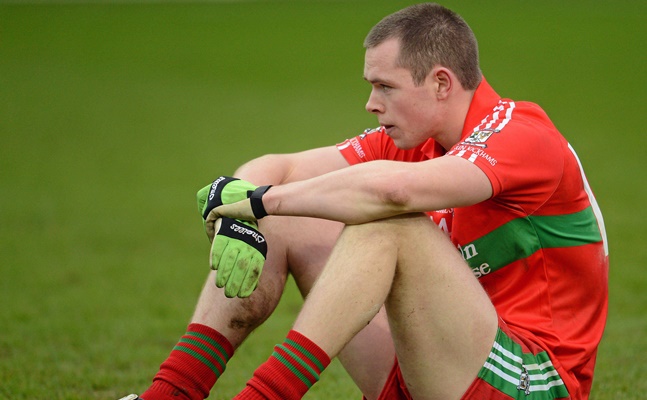 'Bottle-job' was the buzz word, the fear was that it would haunt the youngsters of Ballymun.

Come that September, they were back in another Dubin final - this time against rivals St Vincent's. Again, the Kickhams would relinquish a winning position, losing out in a final by a single point margin once more.

Since then, the much revered and highly talented club have criminally made it back to just won Dublin final - which they again lost out to Vincent's after a no-show in Parnell Park.

While many believe these painful losses are to blame for Ballymun's failings, club legend Paddy Christie has a different take on it.

END_OF_DOCUMENT_TOKEN_TO_BE_REPLACED

First things first, it's important to point out that Ballymun weren't always this super-club many made them out to be, and that huge efforts from men like Paddy Christie produced the players that ensure there's always so much expectation on their seniors today.

"We're now a medium sized club. At the time (the early 2000s), we were really small, we had a great name but the club had sort of fallen apart and the structures underneath were rotten," said Christie to Colm Parkinson on Thursday's GAA Hour Show.

"It was so primitive at the time, some of the teachers in the teachers in the local schools would tell the lads that there was training at Poppintree Park in Ballymun of a Friday and I would just go up and train them. It started to dawn on me after a while that there's probably more fellas out there. I started to get them to bring friends, so I'd say to fellas 'if you bring a friend and they stay playing, we'll give you a prize, a pair of gloves or that sort of thing."

This 'bring a friend policy' unearthed a number of players for the club, such as Davy Byrne who went onto win All-Irelands with Dublin. The friend who brought him was Philly McMahon.

"There was a few really good fellas who came up that way," says Christie.

A number of these players who came up during the 2000s are well known for their aggression on the pitch - such as McMahon, Byrne and Small - and Christie admits that it was a part of their game that had to be managed and perfected through the years.

"If someone had a problem like Philly or Davy and they were causing hassle, we weren't exactly in a position where we could say 'right get lost and don't come back.' So you had to look at it and say, 'right, how can I take this problem or weakness and turn it into a strength? Needless to say, aggression in some forms is very important in football. To have fellas who are not afraid is brilliant in football..."

And this grounding helped the lads become key players on the Dublin most successful ever senior team. 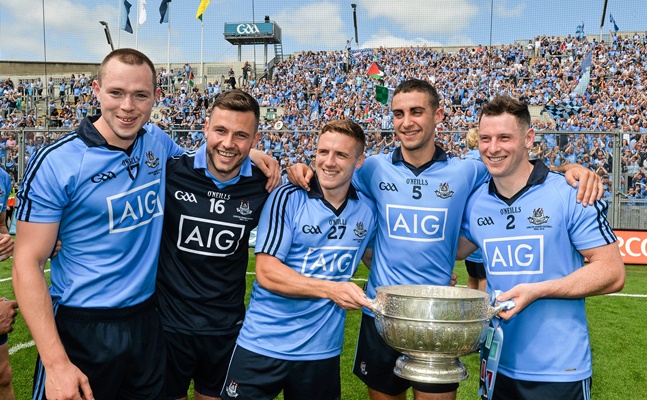 But Christie feels that this triumph has had a negative affect on the Ballymun senior football team.

"I don't think anything in life is down to one thing, but the elephant in the room as regards Dublin club football in particular - with Dublin's success - is the amount of county players the senior team has. It's probably a hilarious thing to say but I think it affects us negatively."

"I'm sure there are a number of clubs in other counties who would be delighted to have half the numbers of fellas that we have involved, but we just find over the years - I had an involvement there a couple of years ago - I thought it was a very difficult year trying to keep everything going - you were tight on numbers during the year and then the lads come back having won an All-Ireland. It was difficult to re-integrate them, the pattern of play that you had all year is changed, so I think that has a big affect on things."

And on the back of winning an All-Ireland with Dublin, it's naturally difficult for players to have their hunger back when playing for their clubs.

"I'm not saying it's the only thing, but I'm certainly saying that it's a disadvantage for us to have the number of players that we have involved..."

"They're playing an All-Ireland final and then two weeks later they're out for you in what could be a knockout championship match...From my point of view, it's nearly impossible to manage that situation..."

"What you have to remember as well is the affect it has on the rest of the panel. You have fellas who are playing nearly every League game throughout the year, and then at some stage they're on the bench for a big game and may not get a run at all. Then, when the thing is over, you're knocked out or you win - the lads are gone then, they're gone back to Dublin in January and then you're going back to the fellas that you dropped off the team, and looking for them to give 100%. After a while, you'd get browned off of that..."

This article was first published in August 2019.

You can listen to the Paddy Christie interview, and much more from Thursday's GAA Hour Show here.


popular
Bill Shankly’s grandson asks for statue to be removed from Anfield
'Make him hurt, make him yours' - How the Springboks ruled the world
We knew Sean O'Brien wouldn't let us down with his Lions XV
'War-scene' in Tyrone dressing room before 2005 final sums up an iconic team
Springboks legend Tendai Mtawawira tells us what he really thinks of Ellis Genge
Keith Earls backed for Lions XV by one of the best in the game
The SportsJOE 12 o'clock quiz | Day 335
You may also like
1 month ago
Night to remember for Mackin at TG4 Ladies football All-Stars
1 month ago
"Hang on lads, there is more to life outside of Dublin" - Connellan is a rebel with a cause
1 month ago
"People that get All-Stars aren't just a cog in the wheel. These are the special, outstanding players"
1 month ago
"It's just a really hard thing to step away from" - camaraderie keeps pulling Davey back in
2 months ago
De Búrca keeping positive as Fenton and Hegarty are the top dogs
2 months ago
Cavan make history as Dubs dominate the 2020 Football All-Stars XV
Next Page