Not a sinner on earth could criticise Dublin under-20 corner back Josh Bannon for accentuating the contact from Galway's Eoin Mannion, as the Dubs chased a late equaliser in the All-Ireland final.

Because in his boots, the majority would have done the exact same thing. With Galway defending resolutely and in great numbers, the chances of Bannon or indeed of any Dublin player finding enough room to get a shot off at that late stage of the game were highly unlikely.

The chances of buying a free meanwhile, were much more realistic. Referees, let's not forget, possess an innate tendency to play for the draw as a game enters its tense closing stages. It's an easy way out for the man in the middle, with the impending matter of extra-time or a replay taking the edge off any criticism that might come their way. So in many ways, Bannon was just playing the percentages and he was doing something that his teammates and his whole county would have urged him to do at the time.

He would have been the game-saver too, if it wasn't for the courage of conviction shown by Down referee Paul Faloon. Faloon stuck by his guns and didn't bow to the pressure as Bannon exaggerated a slight touch from Tony Gill in his bid to win a free. It was a brave decision from the referee at such a crucial stage of the game. 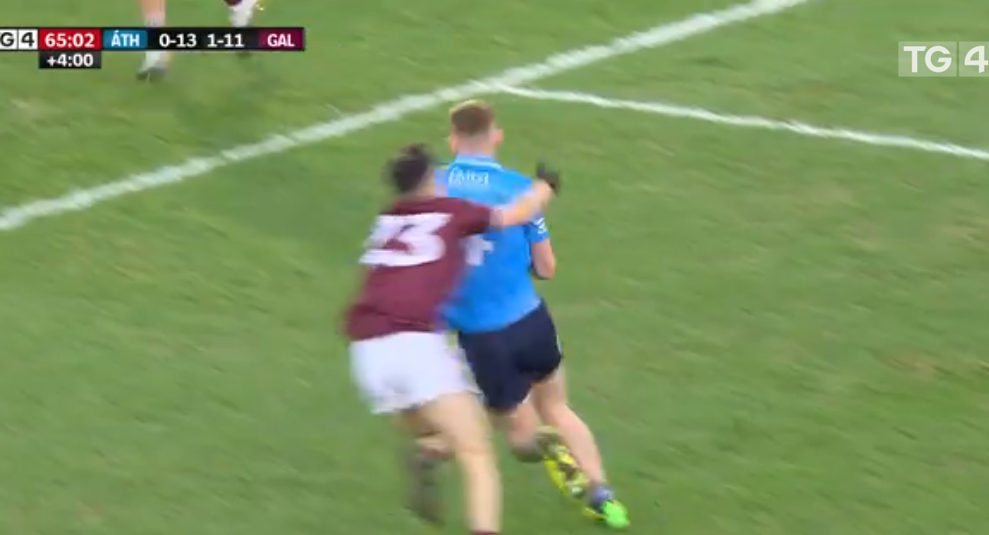 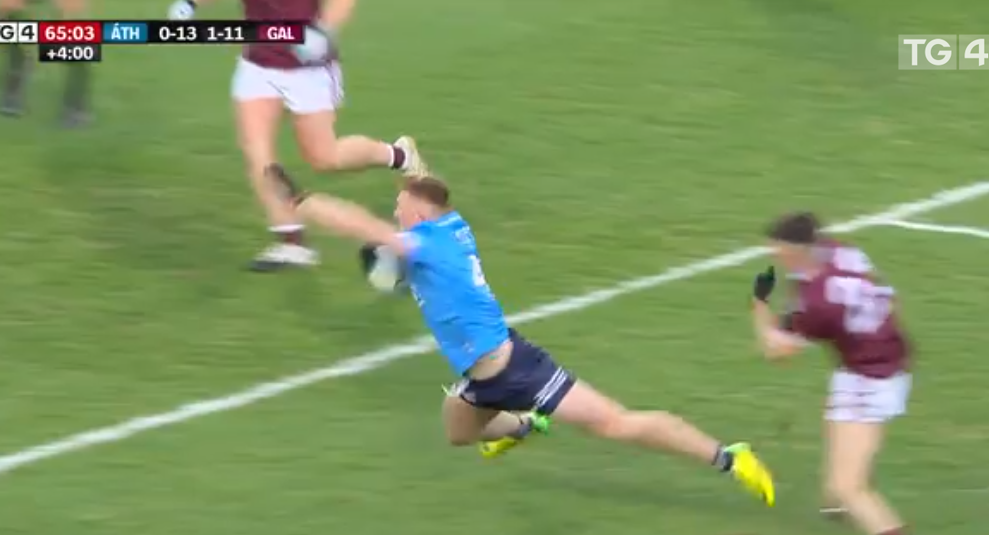 END_OF_DOCUMENT_TOKEN_TO_BE_REPLACED

"It was a touch on the hip and he went over and then got back up. I don't blame Josh in any way shape or form because they had to get a free. It was outstanding refereeing by Paul Faloon. Referees often have the whistle in their mouth at that stage, trying to blow up a free. I'd say maybe he looked at it and seen that Galway were the better team and was like 'I'm not sure if a draw would be the fair result." said Colm Parkinson on The GAA Hour Show.

"99 out of 100 referees will just give the free in that situation there. He's come into a tight area, bursted onto the ball and it looks like he's been tripped. It was a brilliant call, he was in a great position and he wasn't having any of it," added Conan Doherty.

It's not too often that referees are singled out for praise, but the Down man certainly deserves it here.

popular
Conor McGregor bought out of Proper 12 whiskey company
Leinster reach PRO14 Final but Ulster have every right to feel aggrieved
The SportsJOE 12 o'clock quiz | Day 312
Sean O'Brien's parting gesture won't soon be forgotten by Scott Penny
Longford leaving cert schools Europe's finest with measured masterclass
"I'm sorry" - New bantamweight champ in tears as UFC history is made
QUIZ: How well do you remember the 2010 World Cup?
You may also like
1 week ago
Night to remember for Mackin at TG4 Ladies football All-Stars
1 week ago
"People that get All-Stars aren't just a cog in the wheel. These are the special, outstanding players"
1 week ago
"It's just a really hard thing to step away from" - camaraderie keeps pulling Davey back in
2 weeks ago
De Búrca keeping positive as Fenton and Hegarty are the top dogs
2 weeks ago
Cavan make history as Dubs dominate the 2020 Football All-Stars XV
2 weeks ago
"If we moved we were dropped" - Good memories come flooding back for Ryan
Next Page