Professional sport is a business, but this was a touch of genuine class.

When Sydney Swans gave Colin O'Riordan his first professional contract five years ago, there was no condition of a Munster final appearance one November. No hint of the occasional trip home for a team and a game they had no reason to care about.

As far as they were concerned, he was a Sydney player now. Played games for them in the on-season and put the work in during the off.

But despite their place in the professional world we often bemoan, Sydney Swans are that diamond in the rough. Colin O'Riordan made his case and they trusted their player. They accommodated one of the best days of his and indeed his county's life and for that, the whole of Tipperary are indebted - because they would not have won this Munster final without him.

From the minute silence to the national anthem, this Sunday had a holy feel about it for Tipperary. The jersey and the whole occasion obviously played their part but having O'Riordan back did too. We've all heard of underage sensations in our time but even at that rate, O'Riordan's achievements inhabited a different continent. In Tipperary, his name was and still is, a symbol of their GAA competitiveness. 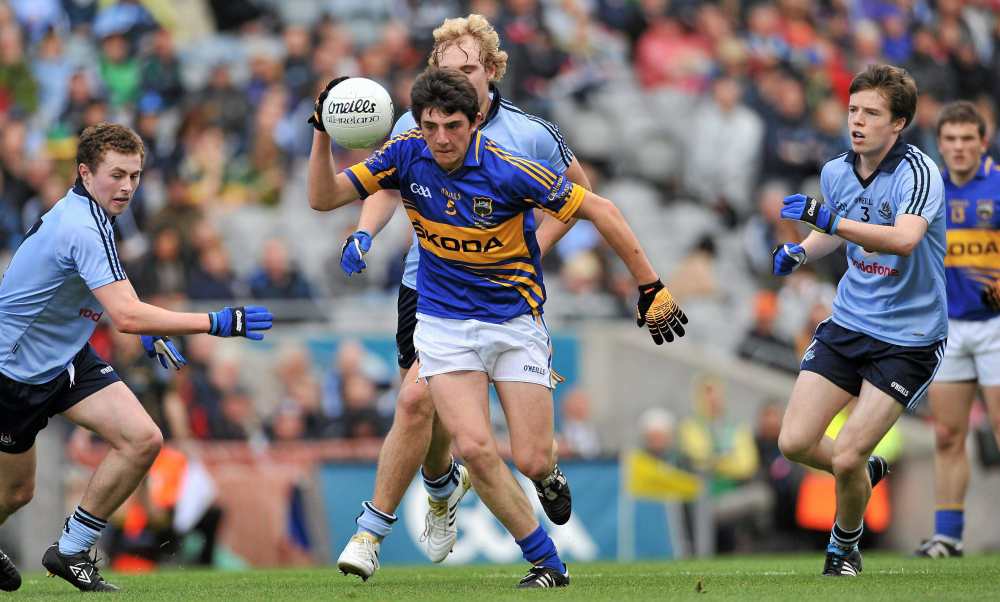 By 15, he'd helped his county pull off one of the most improbable shocks of the last decade when they defeated Dublin's golden generation in the 2011 All-Ireland minor football final. By 17, he was a county senior and by 18 he was a dual playing under-21.

Six years ago, the JK Brackens club man lay on the Páirc Uí Chaoimh turf in tears after a crushing Munster semi-final loss.

Cork had just come from behind to stun the Premier in injury time and O'Riordan was down and out. The following year, the dejection was just as searing when they lost the All-Ireland under-21 final to Tyrone.

After all that elation and heartache, Tipperary were braced in fairness, for his move to Sydney Swans in 2015. Pride was the county's prevailing emotion as he headed off, as well as a deep-rooted conviction that he would make it a success.

END_OF_DOCUMENT_TOKEN_TO_BE_REPLACED

Down Under, O'Riordan made the progress they always knew he would and in his absence, his underage colleagues kicked on as the small but plucky Tipperary football community defied the odds once again.

“The final whistle blew and honestly, tears started rolling down my face," he said to the Irish Examiner having watched from afar as Tipperary beat Galway in the 2016 All-Ireland quarter final.

“You think the strangest things. I’d go as far as to say I was the happiest man in the world when I saw the game but then you start staring at the ceiling, it dawns on you that you grew up with these lads and that you’d love to be there."

He could never have thought he'd make it back.

A touch of genuine class from @sydneyswans to let Colin O'Riordan play.

"To me, it means so much to put on the Tipp jersey. It's something I'll respect until the day I die that I had the opportunity"

As they gradually slipped down the divisions in the years that followed, Tipperary could clearly have done with him, just like they could have done with fellow prodigies Seamus Kennedy and John McGrath - who switched to the hurling - and Peter Acheson, who moved to Dubai for work.

But they still had their moments. That same football community rejoiced in 2015 when Clonmel Commercials stunned Nemo Rangers in the rain. David Power came back for 2020 and while it was a long shot, there was a whiff of magic in the air again.

Inspiration can come from ordinary places and the manager says their relegation sparing Division 3 win over Offaly just over a month ago was a seismic moment. Since then, the team has won five on the trot.

Sunday was the sacred one and this time, after an exhibition of clean-catching and limit-breaking running, O'Riordan was crying tears of joy.


popular
The SportsJOE 12 o'clock quiz | Day 286
Alex Ferguson's dismissive comments confirm truth about Jordan Henderson
Wayne Rooney story about Memphis Depay shows why he failed at Manchester United
QUIZ: Can you name the Scottish football cult heroes?
"The divil you know is better than the divil you don't" - Larkin stands by Cody
QUIZ: Name the clubs to have lost in every Champions League final
QUIZ: You have 30 seconds to answer this one tricky football question