The nation fell in love with Slaughtneil after their heroics.

What they achieved in 2016 was something else, Derry champions in both football and hurling and football.

They then went on to the All-Ireland semi-final for the hurling only to be outdone by Cuala, the same club also were beaten by Dr Crokes in Croke Park on St.Patrick's Day. 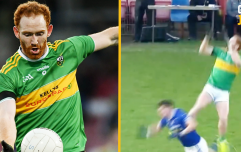 END_OF_DOCUMENT_TOKEN_TO_BE_REPLACED

It was a story that captured the nation's imagination, how one small rural club managed to get so far in both codes.

But a nice story is no good to these players so they go again.

At the weekend Slaughtneil managed to make another Ulster final after seeing off Donegal champions Kilcar, it was clinical by the Derry side as they racked up 2-17 to Kilcar's 0-17.

But there was a telling statistic that proved why it is no fluke they keep finding their way back to this point.

As per, Niall McCoy, a journalist from Gaelic Life, said that Slaughtneil hit their first wide in the game after 52:02 after racking up 1-16.

53:02 slaughtneil hit their first wide, having posted 1-16 by then. Ridiculous. #GAA

END_OF_DOCUMENT_TOKEN_TO_BE_REPLACED

How is that possible? Even the best teams hit wides.

Well, the methodical and patient play can be seen throughout the game.

As Jim Gavin says it's all about trusting the process over and over again and if you do that the results will come.

Just one example of Slaughtneil doing this was how they worked a score after 26 minutes. 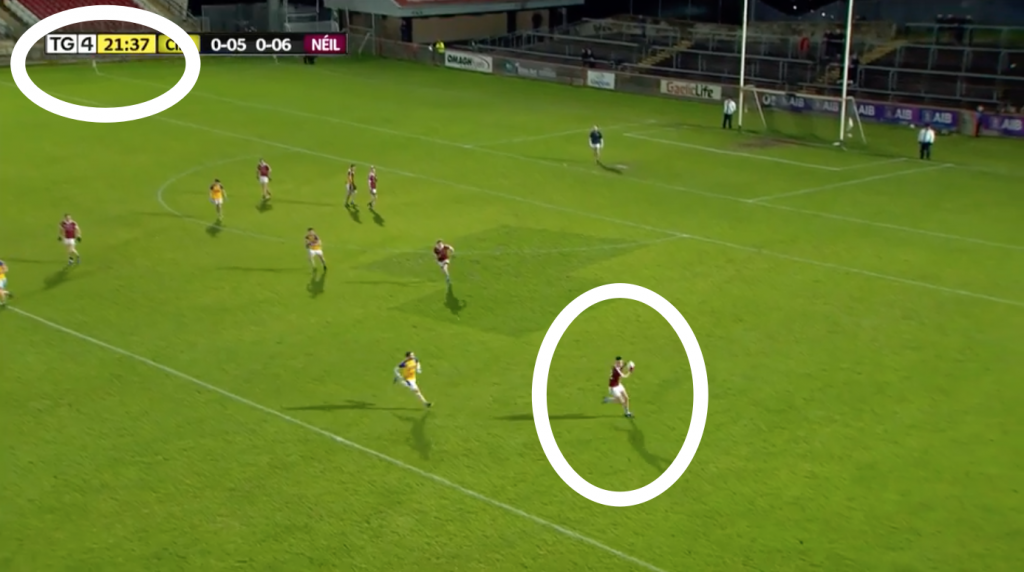 A foul is drawn shortly after and resumed at 23:47 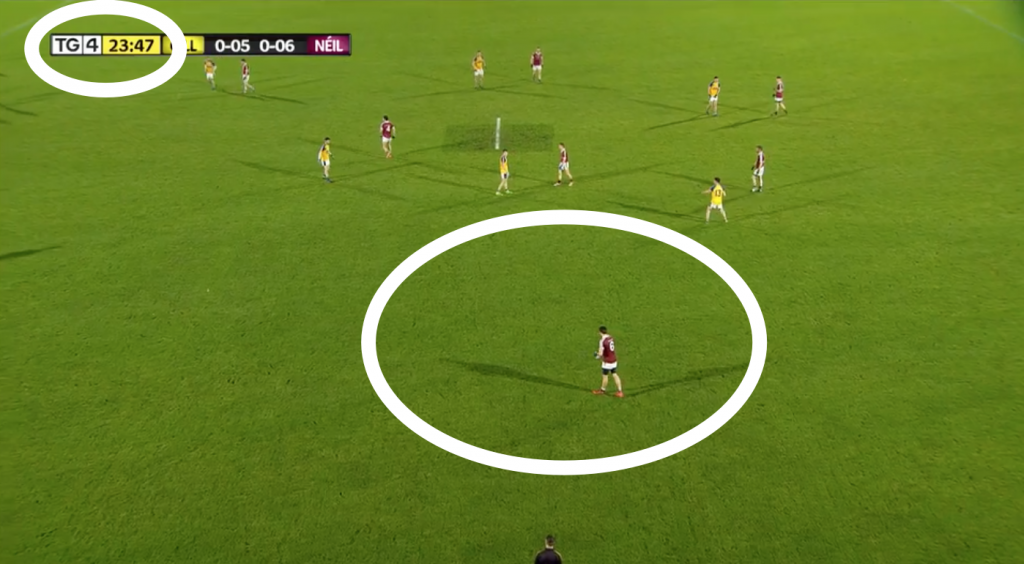 It is then worked up to around the 45-metre line 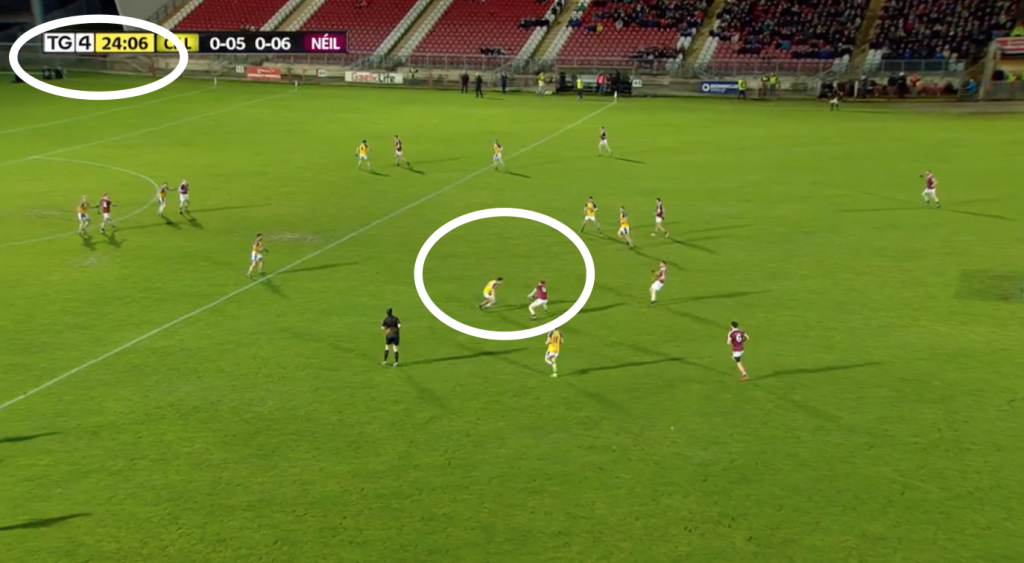 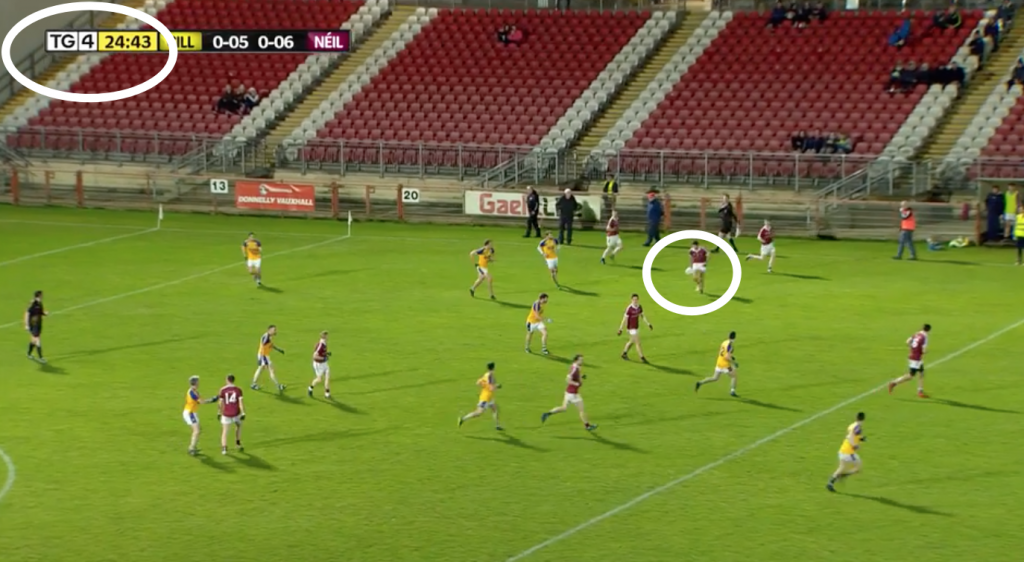 Fast forward another half a minute and the exact same thing, just playing the ball around the waiting 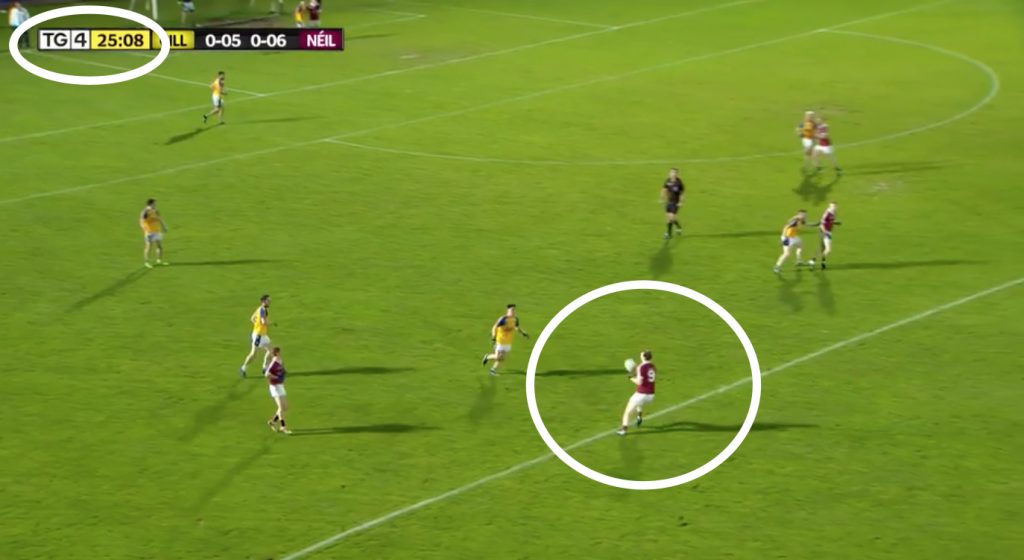 Fast forward again and nothing more to show for it 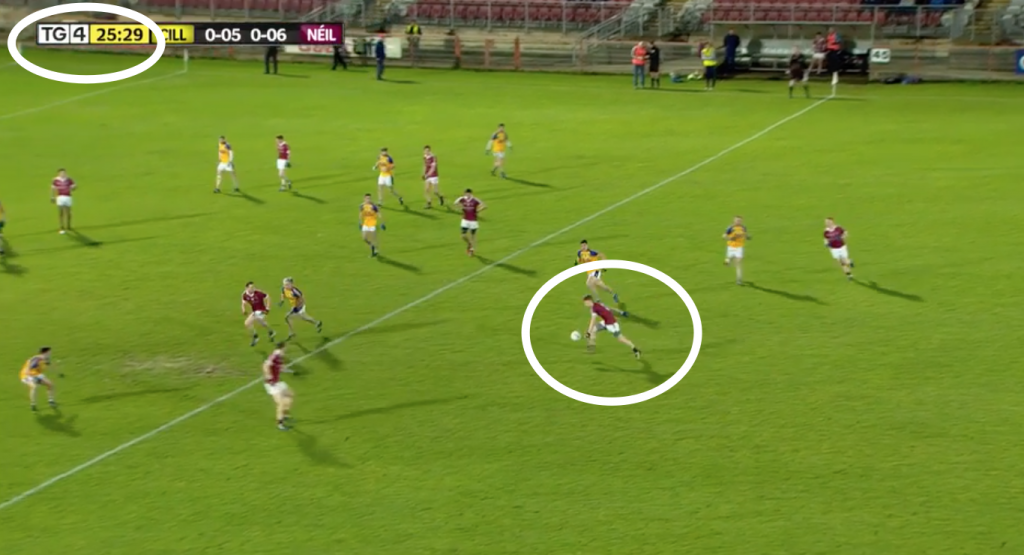 But after all of that, a gap appears 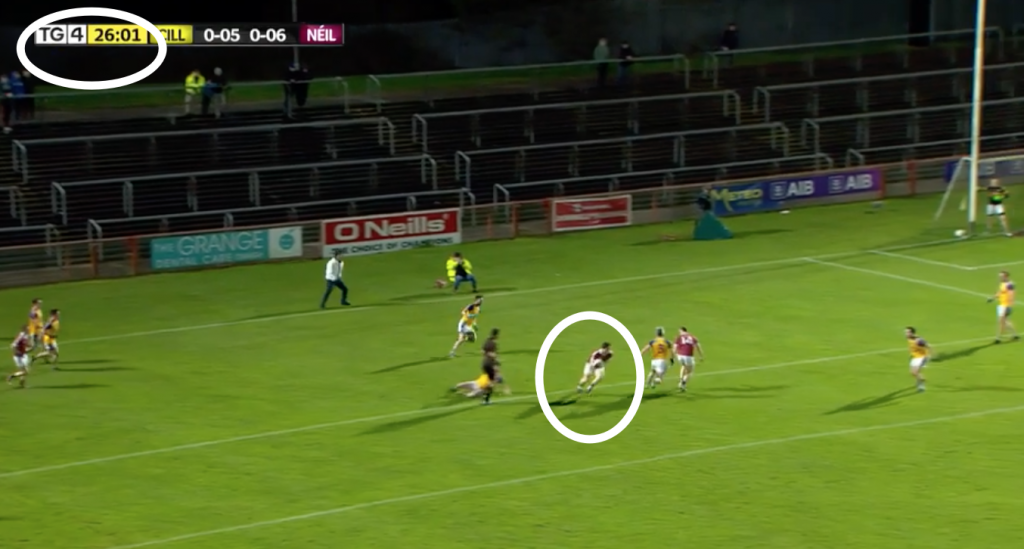 And Slaughtneil hit the score 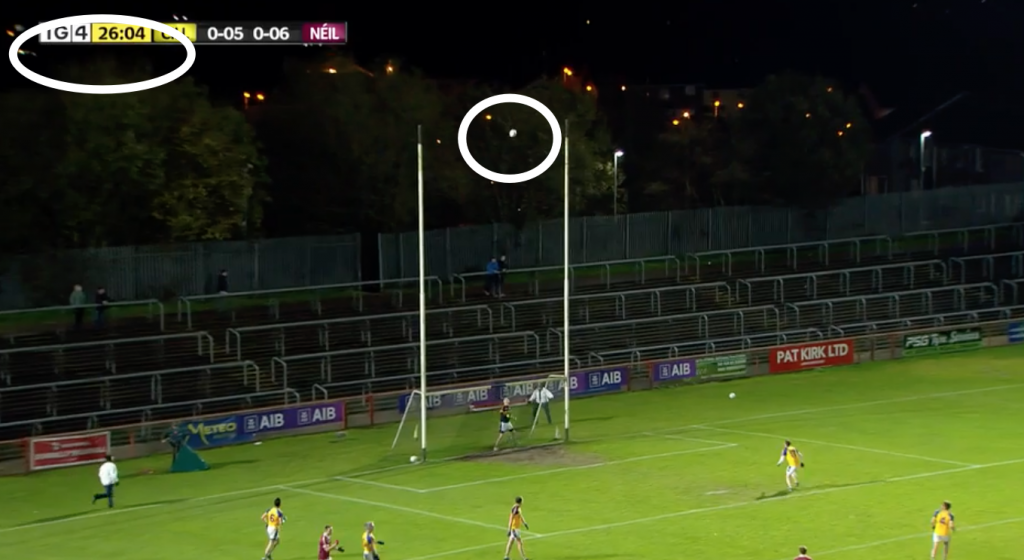 Patience is the keyword, no doubt it has been said dozens of times in training to the Slaughtneil players.

It's not about hitting potshots and hoping for the best, Ulster football is seemed to be designed for no easy scores.

Slaughtneil knows that and that's why they are looking to defend their throne, time after time they make the right decisions and wait for the right moment to hit a score.


popular
"I remember someone saying, 'This guy's the best of the lot of them. Just wait for him'" - Brian O'Driscoll
"I trained with a guy that was born in 2004 the other day. We reckoned Earlsie could be his father!" - Peter O'Mahony
Nigel Owens on most annoying players to referee (three of them are Irish)
Six All Blacks but no Ireland players in world's top 20 list headed by Antoine Dupont
The story of the GAA's greatest ever minor
"I asked one question and lads slagged the arse off me!" - Johnny Sexton on Roy Keane chat
Cork GAA will have fight on its hands to hang onto top prospect
You may also like
3 months ago
Throwback to Hogan Cup final day 2016, when David Clifford scored 2-5 and got jocked on live tv
4 months ago
Tears and backslaps as popular Tohill gets the call for his AFL debut
4 months ago
Scenes in the minor final as Derry bounce back after injury-time sucker-punch
4 months ago
"You want to play Kerry in the final" - Derry Minors have no fear going into Sunday's All-Ireland final
4 months ago
"Derry were playing complete and utter blanket defence"
4 months ago
How Derry minor star gained a stone and a half and is still absolutely flying in midfield
Next Page