"There was only one puck after that, straight down on top of JJ, JJ caught it and that was it"

'Never write the Fenians off.'

It's the unwritten rule of Kilkenny club hurling. Nine times, since 2000, have the Johnstown club found themselves lining out in a relegation final. Only once have the county's 'Houdini Men' lost, and that defeat, a 2016 senior relegation final loss against Danesfort, only came after a replay.

These are the great survivors of Kilkenny club hurling and JJ Delaney is their Andy Dufresne.

On Sunday, the club's survival instincts were tested like never before against St Patrick's Ballyragget - All-Ireland intermediate finalists 2018 - but as is usually the case, the Fenians came up trumps when the stakes were at their highest.

It says a lot about a club, that they can perform through the agonising tension of a relegation final and today, the relief is palpable around the Tipperary-bordering town. This feels more like a championship win.

"Another year or two now and there's a few young lads coming. We've had a bit of underage success so the big thing yesterday was to stay up and to give them lads a chance to play intermediate. It was backs to the wall, massive underdogs...."

"First half, you'd think the game was over," he continues, "eight points down. During the second half we got them back to two points but then the last water break, it was out to six again..." 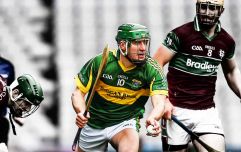 END_OF_DOCUMENT_TOKEN_TO_BE_REPLACED

With two minutes left, the gap had reduced to four but this game looked over. Then Mark Webster goalled to give a lifeline and Conor Tobin hit the net a minute later to leave the score at 4-13 to 1-20. Last puck-out, who's underneath it?

"It was the first time we went ahead in the game. There was only one puck after that, straight down on top of JJ and JJ caught it and that was it.

"JJ was pivotal in us winning that, he's such a leader on the pitch.

"He's nearly in the best shape of his life. He's serious, he busts into balls, little flick and he'd make 20 yards of space for himself. He's as good as ever, clever out. He gives everything for the club. Like he's up in Dublin, he's all over the country working but he's back for training, for an hour, gives everything in training, giving lads advice and encouraging everyone. He has great experience and he's a great mentor for the younger lads on our team..." 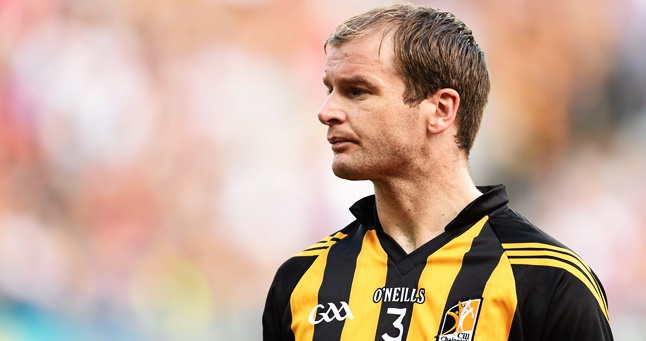 At 38, there's probably a few years in him yet.

popular
"My job at Sky is not to be a cheerleader for Rory McIlroy" - Paul McGinley
QUIZ: Can you guess the football shirt sponsors of these classic 90s kits?
"He's found a way to do it. Whether that's good or bad for the game, I don't know"
Sam Bennett's green jersey masterclass got Lance Armstrong talking
QUIZ: Identify the football club from these 12 crests
The SportsJOE 12 o'clock quiz | Day 187
How The Mountain lost 36kg ahead of boxing fight with The Beast
You may also like
1 week ago
"My own mother would go to three games on Saturday, three games on Sunday"
1 month ago
A team of hurling legends who didn't make their county minor teams
1 month ago
Kilkenny minor championship begins tonight, one team unsure if they'll be allowed to play
2 months ago
"I stay behind most evenings and I do that extra bit" - TJ's obsession
4 months ago
JJ Delaney tribute: A hurling legend made of different stuff
4 months ago
"Hurling is like a wardrobe, whatever you put into it you’ll get back out of it" - Life at St Kieran's
Next Page