The statistics are scary.

Girls are way more likely to drop out of sport during their teenage years than boys are and it's a shame because, at its best, sport is truly magnificent. It's the greatest form of escapism that this race has invented and it can be so important for the head, for the social life, for everything about your development.

You could see it in Croke Park on Sunday as the Dublin players were celebrating. Streams of blue were piling on top of each other, limbs going everywhere, smiles as big as their achievements and, in the eyes of every child and women in Croke Park, they were looking on thinking that is special.

In a brilliant interview on The GAA Hour, Dublin star Noelle Healy spoke about the importance of sport, especially during those formative years.

"Everybody always says that sport is very important from a fitness and health point of view but I think people don't really appreciate the benefit of being involved in a team sport," she said.

"There is just something very special about knowing that other people are working to help you achieve something and that you're willing to work and give up and sacrifice to help somebody else achieve it.

"It's a support network as well, as much as anything. I think it's unfortunate that girls would lose that if they were to leave." 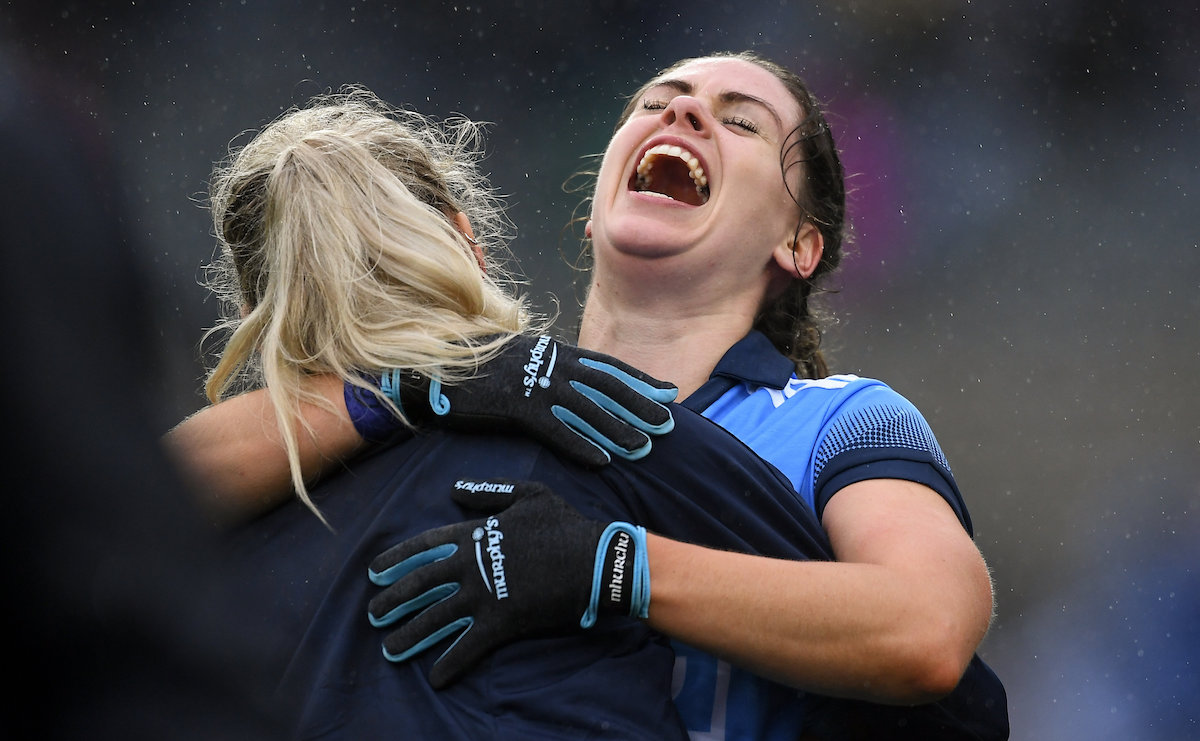 Healy has been part of that Dublin team for a decade now and she appreciates it not just because of the football or the medals, but because of the friendships she has built up - the ones that help her through the tough times.

"Your formative years - at 14, 15, 16 - they're probably some of the hardest years you go through. You're finding your feet, you're finding who you are and I think sport kind of takes away a lot of that.

"When you're on the pitch - it showed with the fist pump - your emotions are very... you can't really hide them. You really expose yourself in sport. People see you at your best and they see you at your worst and I think it's easier to be open with people when you've had that relationship with them.

"I think that's what we've found anyway with each other."

Watch the whole interview below (from 38:15) or listen here:


popular
The SportsJOE 12 o'clock quiz | Day 191
QUIZ: Guess the Premier League footballer from their Wikipedia page
QUIZ: Can you name every top European football club that begins with 'L'?
The SportsJOE 12 o'clock quiz | Day 190
"I remember looking at the players, in the warm-up, and Keats was just bawling crying"
Dana White claims Conor McGregor broke 'man code' by sharing DMs
Conor McGregor shares DMs from Dana White to justify boxing comeback
You may also like
1 week ago
The Armagh club drawn from 200 homes that dethroned the mighty Crossmaglen
2 weeks ago
"You'd be wondering whether you need to bring the hurleys over or what gear you'd need to bring"
3 weeks ago
More Mahonys on their way as younger brothers take on the mantle in Ballygunner
1 month ago
"I haven't heard a thing. And I don't think I will to be honest with you"
1 month ago
"Shaun Murphy sent me a photo with the seven of them, and that was lovely to get"
1 month ago
"There's times I do think I probably have let people down but in fairness, I have got good support from back home"
Next Page