Next time someone doesn't cut you slack for commuting to training, show them Joe Canning's words

It's all give and no take in the GAA world.

When you're finished being purged, you spend the next two score years organising training and lifts and listening to excuses and parents whinging and just about getting by the best you can each and every season.

“Everyone needs dreams and ambitions and this is where our's were being harboured” - @ConanDoherty on club #GAA https://t.co/voR9id3Puk

END_OF_DOCUMENT_TOKEN_TO_BE_REPLACED

So, when you're driving down through the dark and the rain from Belfast or Dublin when your mates are getting ready for a house party and you've a manager waiting to run the balls off you and roar the life out of you, you just want to feel like what you're doing is recognised.

Then you get a text message to say, "where the hell are you?"

END_OF_DOCUMENT_TOKEN_TO_BE_REPLACED

You think the team mates at least will show you the love but then the ol' lad on the squad is asking why you missed Tuesday's session two weeks ago. Some of them will make indirect, passive aggressive comments about people not wanting it enough or the young boys not showing enough commitment. Others will come directly at you and tell you to not even try to look for any kudos for coming back from training because you're doing feck all else.

Those are the days you really question it all. 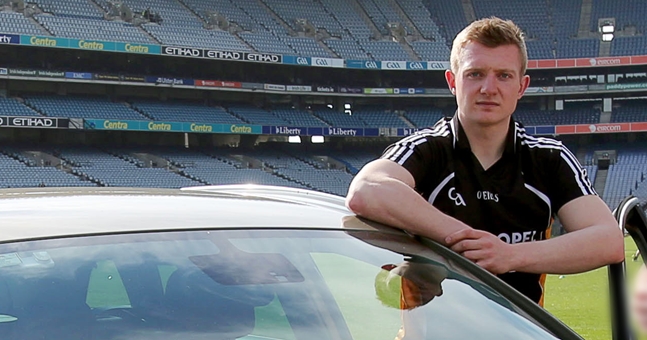 Joe Canning was once hitting the long haul roads before and after training three or four times a week. He was making the trip from Dublin to Galway and then going straight back up the road again and he knows better than anyone the hardships that come with those journeys.

For him, he was missing out on one of the most important aspects of training. Recovery.

"You were coming up three or four times a week - it was just the recovery part of it more than anything," the Tribesman superstar explained on the latest GAA Hour.

"You were fine doing it but, in the long run, you weren't able to get to the sea after training or small things like that - or wait on for a physio just to get the body right.

Then, of course, a lot of players take more grief for being injured and the vicious circle continues.

Canning is now living in Oranmore in Galway where he can prepare and recover as optimally as possible but he still recognises the sacrifice that comes with those who are commuting.

That's what's not taken into consideration when we bandy about this word, 'professional'.

"We train so hard now and everybody says it's almost professional but the big difference is that professionals get the time to recover after training and stuff and we don't really because we have to go to work or go to college."

Listen to the brilliant Joe Canning interview below (from 10:30).


popular
Matt Williams wants two changes and Peter O'Mahony benched for Ireland vs. France
"Remember that name" - Sonny Bill Williams raves about Ireland U20 star after outrageous try assist
"He rode him like a machine rather than a racehorse" - Mullins doesn't spare Townend as second string come good
Peter O'Mahony reaction to Liam Williams scuffle shows he may finally be mellowing
Ireland vs Wales: All the big talking points, moments and player ratings
Two changes as familiar faces return to our Ireland team to face France
Man City release bullish statement following alleged financial breaches
You may also like
6 months ago
Damien Comer switch that Galway passed on, during All-Ireland defeat
6 months ago
Finian Hanley take on contentious Kerry free may settle some Galway arguments
6 months ago
Darran O'Sullivan on the post-match gesture that shows what Jack O'Connor means to Kerry
6 months ago
JJ Delaney on how Brian Cody kept him grounded after Hurler of the Year honour
6 months ago
"We were known as stab city, the butt of everything. Of all the things JP has done, he has made everyone so proud to be from Limerick"
6 months ago
McCarthy still harder than a brick wall
Next Page