What do Eddie O'Sullivan, New York's Gaelic Park, Shane Horgan and WWE star John Layfield all have in common?

If you guessed 'massive shoulder pads', you'd only be half right.

The answer is rugby.... of course. 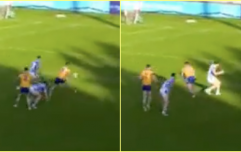 END_OF_DOCUMENT_TOKEN_TO_BE_REPLACED

Major League Rugby is kicking off in America this year and will look to follow the template, and success, of Major League Soccer. Seven franchises will take part in the league's inaugural season and another three, including Rugby United New York, are expected to join in from 2019.

Rugby United's chairman James Kennedy joined The Hard Yards [from 36:00 below] to talk about the newly founded club's Irish connections, home games at Gaelic Park and how a professional wrestler got involved.

Horgan and O'Sullivan are in advisory roles to RUNY and Kennedy has also enlisted the help of John 'Bradshaw' Layfield to give the team a kick-start, and some star power.

END_OF_DOCUMENT_TOKEN_TO_BE_REPLACED

The squad has Irish players Dave Gannon, Marcus Walsh, Jack Fitzpatrick, Ross Deacon and Dylan Fawsitt on the books. Fawsitt, like AJ MacGinty, is an Irishman playing Test rugby for the USA. The club is also in the hunt for a New Zealand Sevens rugby international but Kennedy explains the success and survival of the club will depend on sourcing top home-grown players.

First training session ✔️
"Good people make good teammates and this team is going to be built on hard work, discipline, confidence, and flexibility. You represent your clubs, your community, and your city..do them proud!" - Mike Tolkin, Head Coach pic.twitter.com/RiNGMGvZye

"The American model demands that you engage, entertain and grow a fanbase, and aggressively so. How that applies to rugby, and how the game here evolves through that, is going to be very interesting."

"There are nine franchises signed up [to MLR]," he adds, "and seven will be playing this year. There will be 10 teams for sure next year, possibly 12." 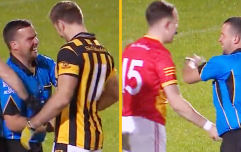 END_OF_DOCUMENT_TOKEN_TO_BE_REPLACED

New York, Toronto and Dallas will all play exhibition games this year as they get up to speed and put underage playing and coaching structures in place. The likes of Houston, San Diego, Seattle and Kansas City will all contest the first ever MLR season this time around.

Interestingly enough, Rugby United New York actually got jolted into life when the PRO12 [now PRO14] was looking to expand to other markets. The idea of tapping into the US television market - with broadcasters NBC showing a keen interest - was tempting to the PRO12 and a franchise/club in either New York or Boston was seen as the best option.

Kennedy got involved with RUNY a year into the project and now feels the franchise is better served remaining in a Stateside competition.

"The PRO15 idea didn't really work out. If they had more time and had allowed us to build a team over time - minimum three years, ideally five years - it would have worked out. It would've worked out, too, if there had been two American based teams, for example Boston and New York... but it's not something the PRO12 were willing to do at the time.

"And now that the PRO14 are playing in South Africa, it's just not attractive any more. There's too much travel involved and too much building we need to do here.

"But in America, with the numbers we have here and the data we have about what is going on with rugby, America is ready. It will still take two to three years for the league to become fully professional and with quality rugby players... the base is here so we're just building on that and putting the product on the field."

Home games will take place at Gaelic Park - where New York GAA host Connacht Senior Football games - and Kennedy is hoping that the ground will be full to the brim [with 2,500 rugby fans] for each fixture.

In order for the USA and Canada to ever hope of competing with the best rugby nations in the world, it has long been acknowledged that North American league is needed. 2018 is the year that a massive stride will be taken in that direction.

New York aim to be there for that second stride, and many more in the years, and seasons, that follow.