Niall Morgan was 21, he was cock-a-hoop and looking ahead to his first championship game for Tyrone, he had no fear.

He could see no reason for it. The League was his first experience of inter-county football and having won man-of-the-match against Donegal, having gone well in the final against Dublin, ahead of a trip to Ballybofey for the Ulster quarter final, this goalkeeper's confidence was sky-high.

Everyone has a plan until they get punched in the face though and as the frees that he had been nailing went awry, as the Donegal crowd seized on his misses and jeered his every wide, Morgan had a self-confessed nightmare. Missing the frees was one thing but his worst memory of that day is the gesture he made to the Donegal fans when, after finally scoring one, he cupped his hands around his ears in response. That was 2013 and it was the year the young Edendork club-man learned that championship football is a completely and totally different ball-game.

END_OF_DOCUMENT_TOKEN_TO_BE_REPLACED

In the eight years that have followed, it would be fair to say that Niall Morgan has had his ups-and-downs on the day job. The 2015 semi-final loss to Kerry sticks in the craw where, after an over-reliance on short kick-outs, the Kingdom capitalised and beat the Red Hand by four points. Mistakes go with the territory for goalkeepers but, perhaps as a legacy from that day in 2013, he found it hard to shake off a reputation as a flashy player with a poor temperament. 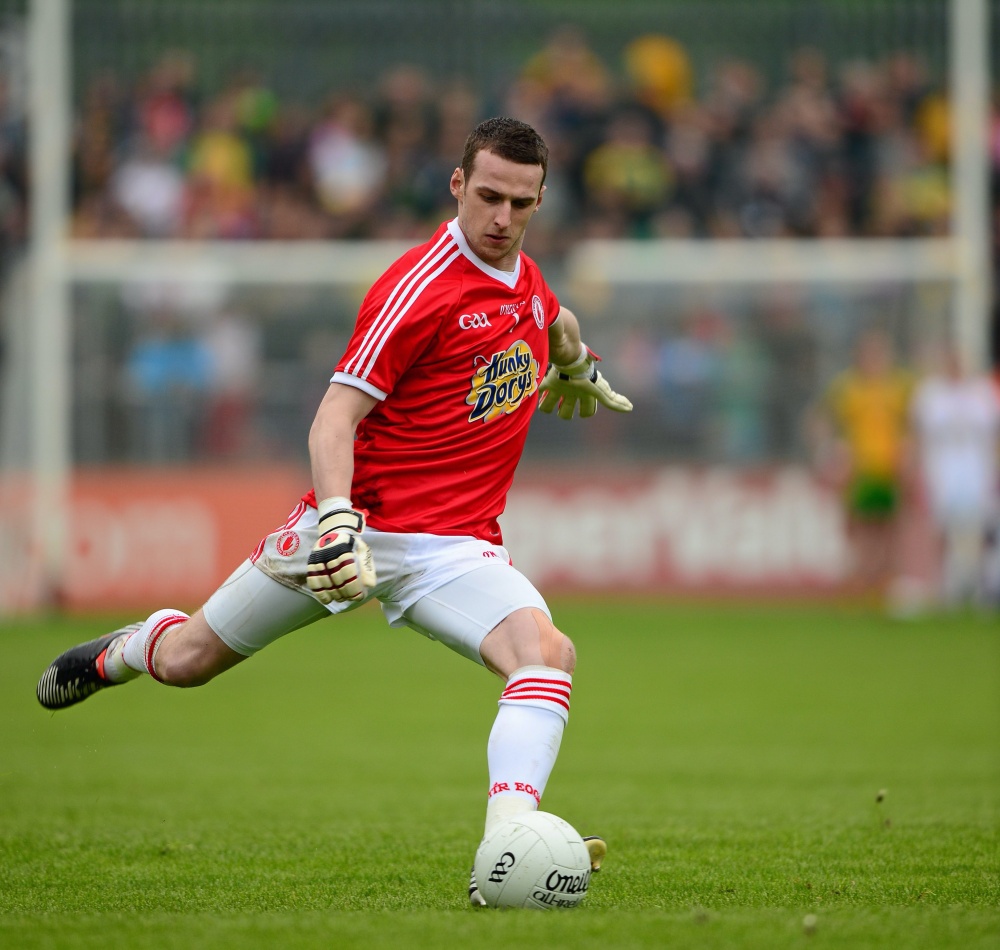 Until 2021. With his booming kick-outs, his fly-goalkeeping and his bravery in possession, Morgan was a breath of fresh air during Tyrone's journey to winning Sam Maguire. In that sense, he's changed the game and he's earned himself many admirers.

"I bloody love him for it. He doesn't know anything about 'oh here, let's give a handy kick-out now.' He wants to do things offensively all the time. Much maligned at times, often by me on this show but from whenever he kicked that first long-range free, he got three in total, set up the McCurry goal chance, he just brings so much to the play by refusing to go with the safe option."

It came as a surprise then when, in his homecoming interview with RTÉ, Morgan labelled himself as a 'nervous person.' As you watch him bombing forward, when you see the white boots and the chest-out and the confident air, you'd think that this is a man who hasn't a nervous bone in his body. Nerves are natural though, they are a sign that you care and just as the lack of them set him back that day in 2013, they showed him this time around showed that he was ready to rock.

"It helped to relax me," he said of his pre-All-Ireland final preparations, when he watched Ronaldo's Premier League debut on his phone in the Croke Park dressing room.

"I’m a very nervous person so it was great to have something that was a bit of a distraction leading up to the game."

We'll leave the last word to Colm Cavanagh, who says his former teammate and friend has changed the goalkeeping game.

"Niall has probably had a lot of criticism, definitely in the early parts of his career. But he's kept bouncing back and improving, I know the work he's putting in behind the scenes to do that. He's willing to take risks, transforming that goalkeeping role a bit further now, between the kicks, and the bombing forward. I'm delighted for him."


popular
"Some of the generals wanted me executed" - Irish rugby legend on flag caper that went wrong
"Johnno went, 'We’re not moving! You're trying to mess us about!'" - Ben Kay recalls red carpet controversy
Rio Ferdinand claims that Cristiano Ronaldo should have been told to 'sit down' against Young Boys
Garry Ringrose challenges "pretty ridiculous" changing conditions for women's players
It won't mean much but Pat Spillane's compliment to Mayo and to Lee Keegan says it all
Peter Keane's future as Kerry manager in doubt after strange statement
Neil McGee hasn't worked in eight weeks after back injury but still won't rule out championship return
You may also like
1 week ago
"I do think Dublin were complacent, you could even see it in their play" - Briege Corkery
1 week ago
"To us, I think that was a huge insult. How we got there was definitely not through luck"
2 weeks ago
'From a Tyrone perspective, I was glad to see Tommy Walsh take that shot'
3 weeks ago
"Hegarty looks like he's hitting with a pitching wedge. Diarmaid looks like he's going with the driver"
3 weeks ago
"He might have got injured, but he'll be a delighted man now." - Casey's hips don't lie
4 weeks ago
"Someone needs to grab a lot of the Dublin guys by the scruff to say 'we don't want you soloing across the 45'"
Next Page