They say home advantage is a big deal but is it really?

The Super 8s look set to kick into gear this weekend (we hope) as some teams fight for championship survival, whilst others look to book their place in the last four. Croke Park will not be hosting any of the games, which means for the first time ever home venues will be used for what is effectively a quarter-final tie.

How will this play out though? Can we expect all four sides to pick up points in front of a home crowd? Or does home advantage mean nothing in the cut-throat world of championship football?

If we delve into the archives of the respective home teams for this weekend, history would suggest that Monaghan and Kildare should pick up points. Tyrone's situation leaves us sitting on the fence, whilst things look bleak for Roscommon.

Here is a breakdown of the four sides home form from 2012 onwards. 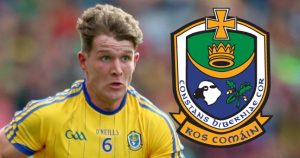 After they booked their place in the Connacht final, Kevin McStay gave a rousing interview to reporters. He set the gauntlet down to the powers that be, claiming his side would be showing up at 'The Hyde' and that was that. They got their way of course and the game went ahead with them getting home advantage.

Unfortunately, it turned out to be a pretty bleak return home for the Rossies as they wasted numerous chances to extend a halftime lead which ultimately led to their downfall as eventual champions Galway finished strongly.

It doesn't get much better for the Rossies either. Since 2012, 10 championship matches have been played at Dr Hyde Park. The Connacht outfit has only managed 4 wins in this time. A qualifier victory over Armagh is propped up slightly by wins over Sligo and Leitrim (x2).

That leaves them with a 40% win ratio at home in the championship.

With Ulster champions Donegal waiting in the wings, statistics suggest it could be a tough day at the office for Roscommon on Saturday. 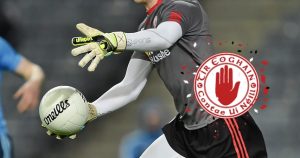 Much has been said about Tyrone's performances at Healy Park down through the years. Before their match with Monaghan back in May, the recently retired Sean Cavanagh pointed out that the venue doesn't suit their style of play and that some of the players themselves didn't like playing there.

Monaghan did indeed turn them over on their own turf before they themselves succumbed to Fermanagh in the next round at the same venue.

The championship numbers are not as stacked against Tyrone as some would lead you to believe. In the last 6 seasons, this team has played 6 games at their home venue. They drew with Down in 2014 before overcoming them a week later in a replay at Newry. They have tasted defeat twice with a surprise loss to Armagh, also in 2014, to go alongside Monaghan's victory over them in May of this year.

They have 3 victories in this time coming against Louth, Limerick and Meath respectively. This gives the Red Hands a championship win ratio of 50% at Healy Park.

With the visit of All-Ireland champions Dublin to Omagh this weekend, the odds look fairly stacked against Mickey Harte's men.

Newbridge or nowhere was the call from Cian O'Neill when the GAA brass tried to take home advantage off them for their round 3 qualifier with Mayo.

After two days of negotiations they got what they wanted - and rightly so- but they had to back that up with a performance and they did just that on a beautiful summers evening in St.Conleth's Park.

In truth, the Newbridge venue is quite small, only a 6,200 capacity which means it hasn't hosted many championship games in recent years. For the small number of matches it has hosted though, it has become somewhat of a miniature fortress for the Lilywhites.

Since 2012, 4 championship matches have been played at the venue. Kildare have managed to win 3 out of 4 on their home patch. Victories over Louth, Offaly and that famous scalping of Mayo is rounded off with a single defeat to Tyrone in 2013.

A 75% win ratio is not something to be sniffed at. With the confidence gained from their most recent home win, Cian O'Neill's men will be well up for the Galway challenge on Sunday afternoon. 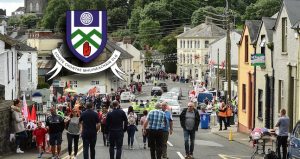 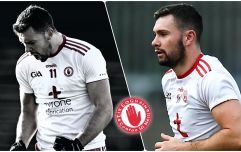 END_OF_DOCUMENT_TOKEN_TO_BE_REPLACED

Easily the most impressive home record of the four teams. The Farney men have well and truly established Clones as their stomping ground over the past six seasons.

A regular venue for Ulster championship matches, there has been a number of teams down the years who have felt at home in St Tiernach's Park. These days though it belongs to one team only.

Malachy O'Rourke's men have played 10 championship matches at the venue since he himself took over. Of those 10 outings, they have won 7 of them, all against fellow Ulster rivals. They drew with Armagh in 2014 but ultimately turned them over at the same venue the following week. Their only 2 defeats at home have come against Donegal in an Ulster final as well as a shock defeat to Longford in 2016.

A win ratio of 70% over 10 games is something to be admired.

With a perceived vulnerable Kerry team set to travel north this weekend, the Farney Army will be in high spirits and will have high expectations of keeping their fantastic home form intact.


popular
Referee Mathieu Raynal puts Sexton in his place after TMO mess
Owen Farrell rages at referee Pascal Gauzere as Wales catch England sleeping
Sexton compares "brilliant" Irish debutant Craig Casey to Jonny Wilkinson
The SportsJOE 12 o'clock quiz | Day 308
Three Irish forwards stand tall in player ratings after Italy thrashing
"I was like, ‘My ear is hanging off my head. Can you not see that?!'"
QUIZ: How well do you know Manchester United players of the 2010s?
You may also like
5 months ago
GAA voices need to make more noise in fight against disjointed restrictions
5 months ago
Donnelly back with a bang as Trillick win the shoot-out
9 months ago
No club football for nine years but Canavan was always going to make it work
10 months ago
"I went out at 18, straight from school and that breaks many players"
11 months ago
"That's not just handbags, there is a lot of really serious punches being thrown"
3 weeks ago
"I'd say to fellas 'if you bring a friend and they stay playing, we'll give you a prize"
Next Page