The event is set to take place in Ballyfermot on Saturday afternoon.

With the referendum coming up on the Eighth Amendment [of the Irish Constitution], next month, many individuals and groups across the country are coming out in favour of 'Yes' or 'No' votes.

The referendum on Friday, May 25 will either lead to the Eighth Amendment remaining in place or being repealed. That amendment reads thus:

END_OF_DOCUMENT_TOKEN_TO_BE_REPLACED

On Saturday afternoon at the Ballyfermot Sports and Fitness Centre, a number of GAA personalities and stars will gather to help launch 'GAA Athletes for a NO vote'.

According to a press release on the event, members of 'GAA Athletes for a NO vote' will conduct a skills training session for local children from 2-3pm, followed by a press availability and the reading out of an official statement thereafter. 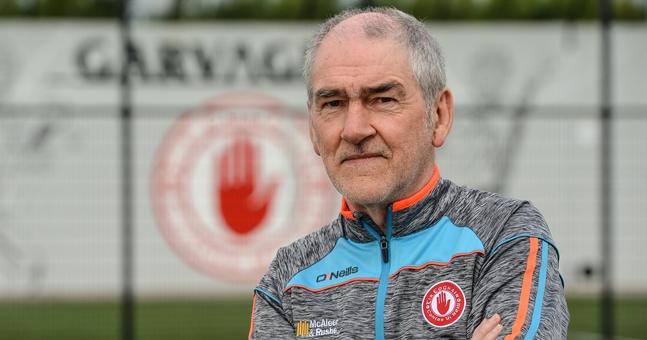 Tyrone manager Mickey Harte is the most high profile name set to be in attendance while others listed to be at the event are:

END_OF_DOCUMENT_TOKEN_TO_BE_REPLACED

Sheridan and McDonagh are not currently involved with their counties and a Galway LGFA spokesperson told SportsJOE McDonagh 'is not representing Galway Ladies Football in her stance on this issue'.

Campaigning on the referendum is set to ramp up in the coming weeks and several more sports stars may choose to step forward to express their views on what is a highly emotive matter.