You'll always hear them piping up.

The team has just gotten hammered. Goals galore and points until they're not even fun anymore but the proud corner back has something to say.

His man didn't score, he says. Don't be laying the blame on my door. Cloud-cuckoo land is what you call it. Self-preserving doesn't cut it at the top level.

Defending is a team effort. When the full back is in bother or facing down a one-on-one situation, the corner back must be into help.

Sense the danger. Try snuff it out. It's no use sticking like glue to your man when they're standing beside the corner flag.

Eoin Murchan's goal in the All-Ireland final was a one-off. Kerry were caught, caught rotten like they hadn't been in two games and Dublin punished ruthlessly.

But Kerry's defender's main mistake was sticking too rigidly to their own men when Murchan was bearing down on goal.

Off the ball movement of Dublin players for Murchan goal

As soon as they sensed it, Rock & Mannion broke to corner and you can see Mannion telling Con to keep out pic.twitter.com/irkueNK0wO

END_OF_DOCUMENT_TOKEN_TO_BE_REPLACED

Cian Ward picked it up on Monday's GAA Hour podcast.

"How Murchan was allowed to run half the length of the field unopposed. We've spoke about it before, these Kerry defenders, too preoccupied with their own men..."

"Tadhg Morley did come across and by the time he'd gotten there, he had one side of the goals covered. Shane Ryan had the centre. Murchan put it in the only place it could have gone..."

"But Tom O'Sullivan, he should have left Con O'Callaghan and cut off the danger-man. Good defending is about always forcing the opposition to make an extra pass. So if a man is tearing down the middle, you have to get into his eye-line, make him make the pass. Because if you make him make an extra play, there's always a chance the receiver will fumble it, the pass will be off or the ball hangs too long. But too allow a player run the entire length of the field and have a free shot at goal is absolutely criminal..." 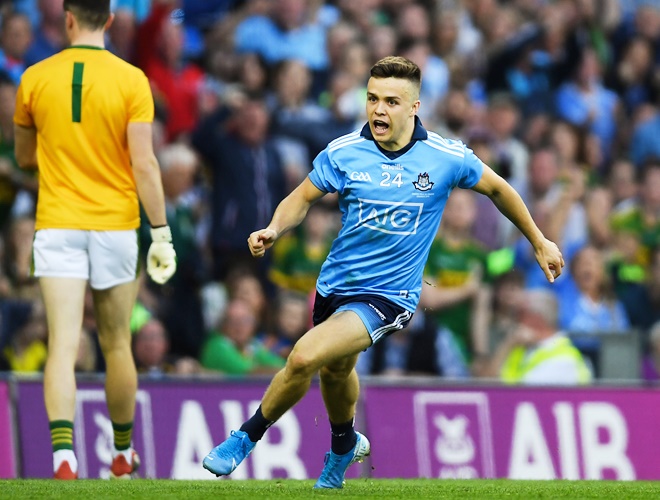 "You would not get a goal like that against Dublin...

"Good defence is very rarely about being good defensively in a one-on-one situation, because good forwards, even an average forward against the best defender in the country, if they get ball in hand, they'll be able to score. Give them ten balls, they'll kick five. You're talking about the best forwards, so you can understand why they're spooked but they were all culpable," added Ward.

At the moment, Mick Fitzsimons is the standard bearer for defenders everywhere. That's because he's a defender, more so than a marker. The Cuala man plays for the team. His game is for Dublin to concede the least amount of scores possible, rather than keeping his marker scoreless.

“He’s sacrificing his own stats for the better of the team.”@DubGAAOfficial’s unsung hero Mick Fitzsimons was marking David Clifford who scored four from play, but he was phenomenal. A lesson to defenders everywhere.

END_OF_DOCUMENT_TOKEN_TO_BE_REPLACED

"Clifford got four from play. He was being marked by Mick Fitzsimons. But Fitzsimons had a phenomenal game. He leaves Clifford, to block the danger, to block somebody going down the centre. He's making the calculation because he's an intelligent footballer and he's around a long time and he understands the game, that there's no point in me following Clifford here and Stephen O'Brien runs down the middle and sticks it in the net..." 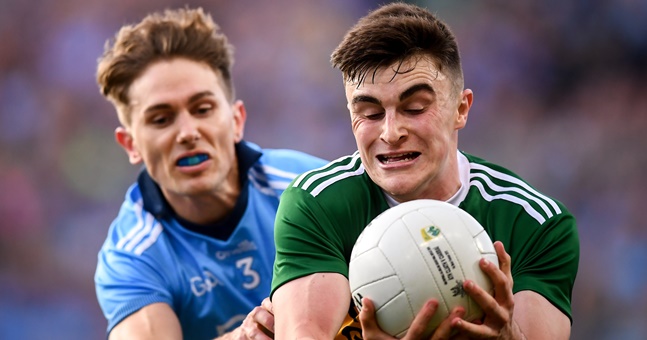 "That's the difference," added Conan Doherty. "Fitzsimons in the first half nails Stephen O'Brien. He'd rolled his man and was in behind, Fitzsimons just leaves Clifford and nails him, stops a goal chance. In the second half, he nailed Sean O'Shea when he got in behind Sean O'Shea.

"The two first points that Clifford got, came because Fitzsimons was doubled up on O'Brien on another occasion and then he followed Sean O'Shea who was in behind. If he had stayed with Clifford, Sean O'Shea was in. He's sacrificing his own stats for the good of the team.

And that's why Fitzsimons was nominated for man-of-the-match, despite Clifford getting four from play.

You can watch The GAA Hour All-Ireland final show here.

You may also like
1 month ago
Seven-time All-Star Goldrick using time off to strengthen and improve
3 months ago
"Sometimes sport can overwhelm you, it was time for him to take a deep breath"
3 months ago
Dublin hurler Mick Carton back on the mend after winning another battle
3 months ago
"I'd spent hours and hours honing my left foot with my dad when we were young"
3 months ago
April club month a goner as virus threat causes longer delays
4 months ago
"That's not just handbags, there is a lot of really serious punches being thrown"
Next Page