'This would make you sick' - Three points scored in U15 game

St Patrick's, Maghera trudged their way to a one-point win over Abbey CBS, Newry in a 0-2 to 0-1 game.

Irish News journalist Cahair O'Kane caught some of the game and the footage shows Abbey CBS sitting back extremely deep with the Newry side effectively able to kill the game off as any sort of spectacle.

The low scoring game, and the introduction of such tactics at such an age, has drawn the ire from a number of prominent GAA personalities who loathe such defensive heavy tactics in schoolboy football.

This was from an U15.5 schools game today. It finished 0-2 to 0-1. Abbey CBS are the team defending, Maghera (scored 6-32 in their two games before today) on the ball. This happened in Tyrone-Monaghan recently too, becoming more regular. The rules simply have to change #GAA pic.twitter.com/FDMNIh18kd

This would make you sick, Under fucking 15’s! Anyone know who the Abbey CBS manager is? (A Poacher wannabie thinking he’s a tactician) https://t.co/A4O5UGvf5E

We see this regularly in club football, where the 15-man defence is even more prevalent than at county level. The rules changes were inadequate #GAA

GAA Hour host Colm Parkinson wrote about the rise of defensive oriented teams last year and noted how he felt that they were regressive and also relied entirely on the opposing team pushing up and forcing the play.

"Ultra defensive tactics will have some short term success but they’re regressive and one dimensional. They depend almost entirely on the opposing team pushing up and forcing the play, giving them the turnovers they require. As Dublin showed last year, when embarrassing Tyrone, if you’re patient and don’t bring the ball into contact, these defensive tactics look very ordinary. As we have seen, when they came up against tactically astute teams and managers that mirror their system, they struggle.

"Jim McGuinness brought this system into the word of Gaelic football in 2011. He had the element of surprise for almost four years, beating teams on the counter attack. He won the All-Ireland in 2012 beating Kerry, Cork and Mayo, crowding the defense, turning the ball over and hitting them all on the break. His tactics were copied by many counties and surprisingly still are." 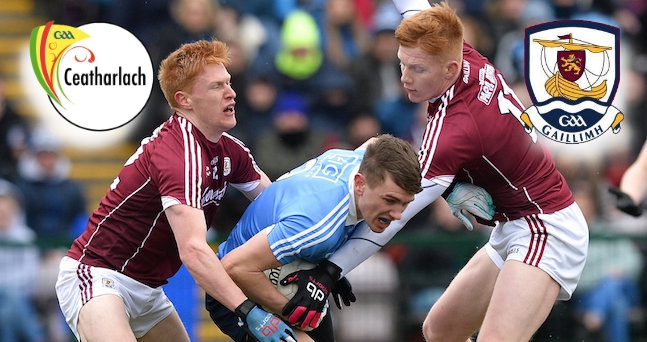 Colm Parkinson: The secret is out on Carlow and Galway and their outdated tactics

“We came down here and we knew who we were facing. The game against Dublin last year showed you...


popular
The SportsJOE 12 o'clock quiz | Day 134
"It's not about winning at underage. It's about building players and building people"
"Me and him used to room together, and he was a bit of a nightmare"
It was Pierre-Emerick Aubameyang's final but Emiliano Martinez's moment
The SportsJOE 12 o'clock quiz | Day 133
Excitement in Mitchelstown as Cork man set for AFL debut at 20
A starting XI of the best free agents available this summer transfer window
You may also like
2 weeks ago
Clubs set for ticket mayhem with no more than 50 supporters per club
3 weeks ago
Dublin club Man O'War suspends all training and matches after positive Covid-19 test
1 month ago
"I thought, 'What better time to get my experience than in a global pandemic?'" - Síofra Ní Chonaill
2 months ago
QUIZ: Name every All-Ireland football winner of the last 33 years?
2 months ago
Antrim's greatest day relived as TG4 unveil stunning schedule for June
2 months ago
What is the sport they are playing in Normal People?
Next Page