"Logan would break up a fight, and Dooher would get into one" - Why the Tyrone managers successfully work together

"I think what he’s doing, unlike in the Harte era, he’s let the players kind of be in charge of the team."

Brian Dooher and Feargal Logan are rejuvenating the term 'Dream Team,' as they both lead Tyrone to an All-Ireland final in their first year in charge.

The two played together for their county, but Logan had retired before Mickey Harte's era and missed out on the All-Ireland titles that his partner in crime, Dooher, was such a key part in.

END_OF_DOCUMENT_TOKEN_TO_BE_REPLACED

However, as managers they are both gunning for new challenges, hurdles and goals to accomplish, and both are off to a very promising start.

speaking on the GAA Hour, former Armagh war Aaron kernan has a theory as to why they both work so well together.

"I’ve heard a few things though that Logan maybe he’s the… maybe try to pacify, and he’ll try to keep everything right, where Dooher is probably a bit like he was as a player, you know, he’s serious, he means business, and very, very to the point." 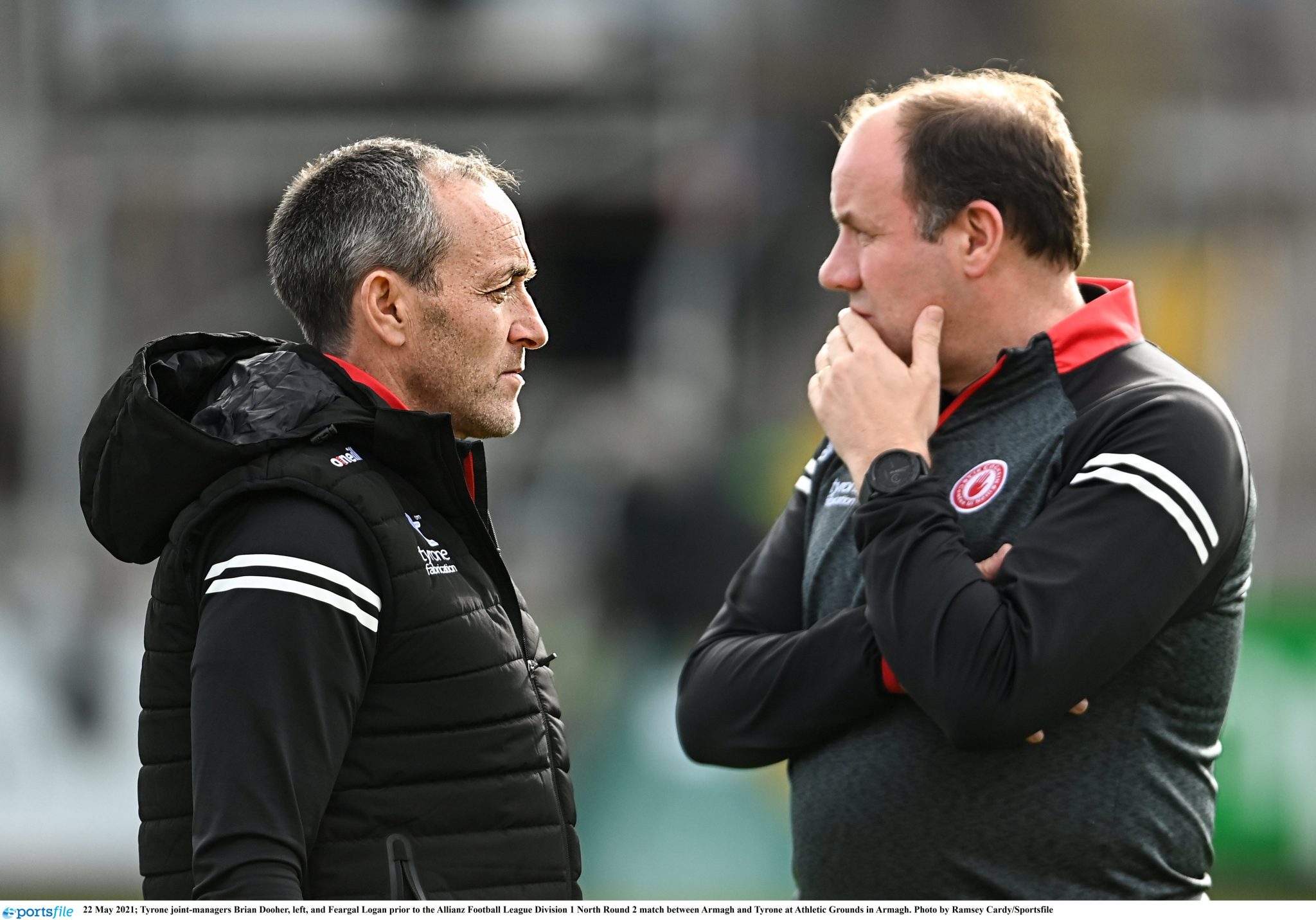 "Logan would break up a fight, and Dooher would get into one," added Colm Parkinson.

"If you want to break up with your woman, you’ll call Dooher, if you want to get her back, you’ll ring Logan," joked Kernan.

END_OF_DOCUMENT_TOKEN_TO_BE_REPLACED

Former Donegal legend, Brendan Devenney was also on the show, and has built an interesting friendship with Feargal Logan over the years.

"Listen I was talking to Logan last night funny enough, I had a good chat to him on the phone there, he’s a top fella.

END_OF_DOCUMENT_TOKEN_TO_BE_REPLACED

"I had a scrape up there with a boy in Strabane one time, I could have been in handcuffs, but the big dog Logan, he got in there.

"I'll tell you what, I never seen him in the dressing room obviously, but see in the courtroom, he landed in, and I was looking in wee bit of bother, and next thing, all was sorted, so I’ll always be in his debt.

"That old nonsense going around in the background there - listen, that’s not his style or Dooher’s style. 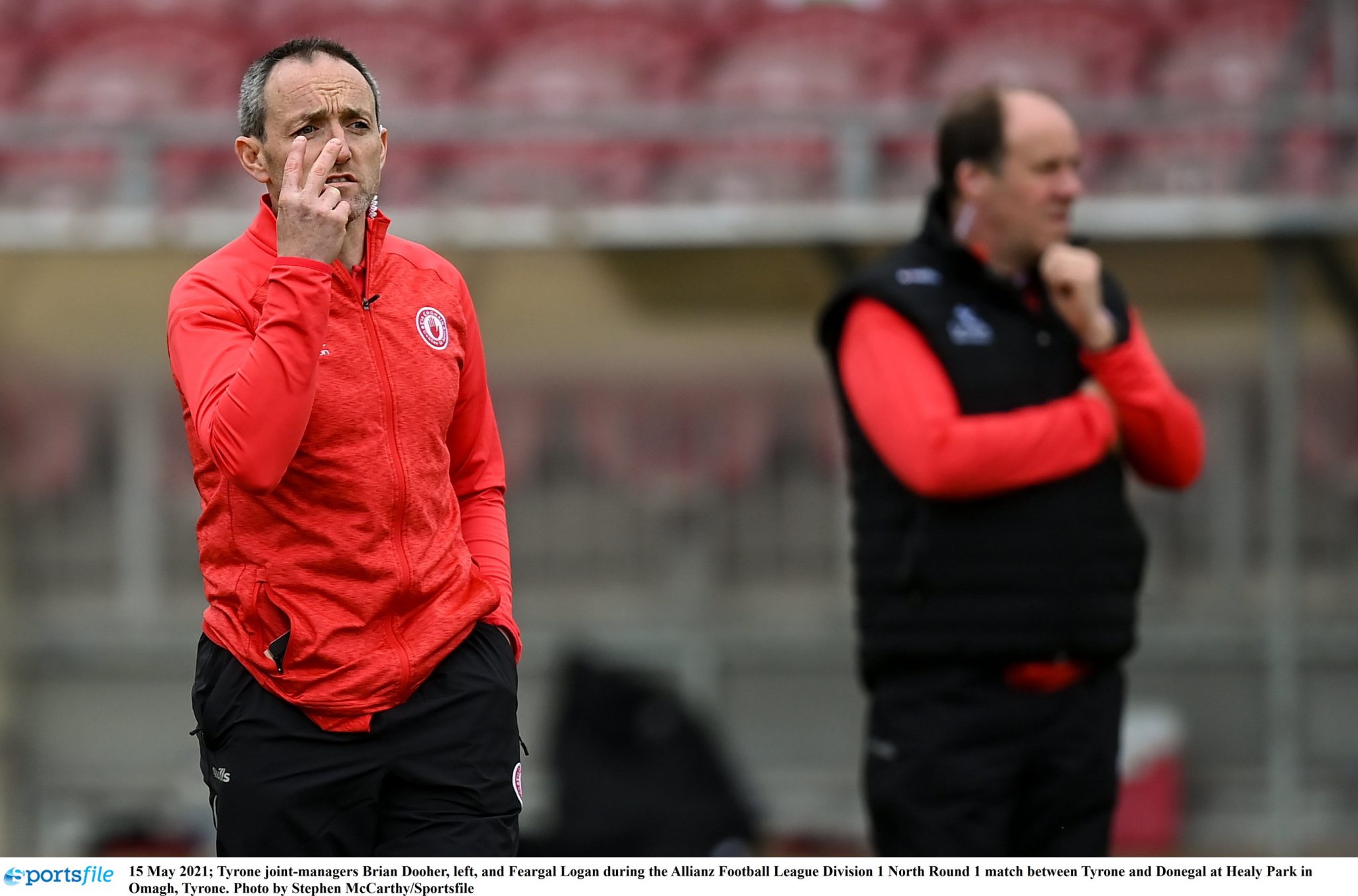 "You know all this crap about the lads, and issues was hanging over them. You can tell from Logan, he’s straight down the barrel, he treats everything very seriously, very honestly.

"I think what he’s doing, unlike in the Harte era, he’s let the players kind of be in charge of the team.

"Probably involved them in the tactics, and has asked them to stand up and be the men, and let them take control of the situations.

"You can see a massive togetherness, and there’s a couple of things I’ve seen McCurry done this year for example, where a couple of years ago he would have taking on an awkward shot early in the game.

"You can just see him dove-tail back, and wait and wait, and even the last day O’Sullivan was getting the better of him.

"Late on in the game when it matters, he comes on the loop for a couple of kicks, and all those wee small things are the difference, you know?

"So listen, fair play to them, they deserve what they’ve got."


popular
Gary Neville reveals Man United ignored advice to sign Joao Cancelo
"I think there are only five Kilkenny players who are guaranteed to start on any given day" - Cody's motivational methods
"County football isn't for everyone" - Down captain Barry O'Hagan hits back at criticism
Rhodri Giggs accuses Gary Neville of hypocrisy over Salford sacking
Billy Sharp breaks silence after attack from Nottingham Forest fan during pitch invasion
QUIZ: You have 60 seconds to answer one Premier League goalkeeper question
Boris Johnson slams Jurgen Klopp for defending Liverpool fans booing national anthem
You may also like
2 days ago
If you're going into battle alongside Gareth Mckinless, then you will always have a chance
2 days ago
Rory Gallagher absolutely loses his mind celebrating as Derry beat Monaghan in Ulster semi-final
4 days ago
Monaghan will be a "different kind of challenge" compared to Tyrone says Derry boss
5 days ago
"I enjoyed it" - Padraig O'Hora opens up on his battle with David Clifford in League final
6 days ago
The All-Ireland hangover is a real thing, Dublin's dominance just made us forget about it
1 week ago
David Clifford tells Darran O'Sullivan how handles all of the pressure and attention he receives
Next Page