"Listen every game I play, I go out with a chip on my shoulder" - life as a Monaghan hurler and historic All-Ireland final

Peter Treanor is well used to it at this stage.

All's going well, his first sharp is as any of them and then he's asked where he's from and things change. Being a hurler from county Monaghan, they're the conceptions you have to face every time you take a step outside of the county with a hurley in your hands but the Castleblayney man absolutely relishes the doubts and he welcomes the doubters.

Every hurler from the so-called weaker counties knows the feeling - sometimes, they look down at you on purpose, sometimes it just happens naturally and unintentionally but every single time, lads like Peter Treanor use it as a fire to line their bellies.

“Ah yeah but you kind of expect that too, but I get a buzz out of going out and trying to prove people wrong, listen every game I play, I go out with a chip on my shoulder," he says to us ahead of the AIB All-Ireland junior club hurling final.

Going to college is obviously one of those situations. The first training session - county players from Kilkenny, Tipperary, Cork and so on are the big dogs. 'Oh you're from Monaghan...' 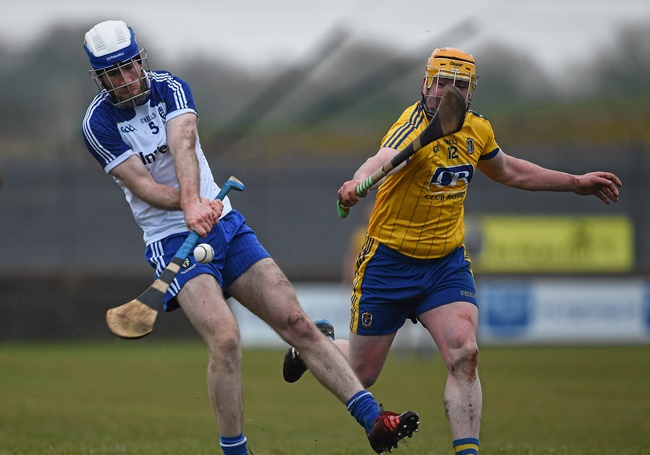 He attended St Pat's Drumcondra, a former hurling stronghold before they were taken over by DCU and though the general, initial doubts were there about a hurler coming from Monaghan, he'll never forget how the great hurling men of Dóchas Éireann - men like Tom Fitzpatrick, made him feel welcome.

Kilkenny hurler Enda Morrissey was a year above him in Coláiste Phádraig and with the elders taking charge of the freshers and the college's teams, Treanor will always remember the Bennetsbridge honesty as a teammate. 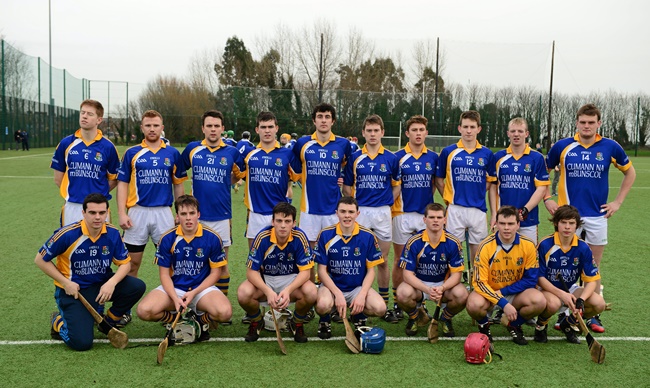 Morrissey, second from right in the back row on the St Pat's Mater Dei Fitzgibbon team in 2014.

“I really enjoyed mixing with the lads down the country and getting the chance to play with him, He’s from Kilkenny (Enda Morrissey) and he’s a Kilkenny hurler but there are no airs or graces about him or any of the other lads.., he’s so down to earth."

Treanor's grá for hurling started well before his Pat's foray though, in the fields of 'Blayney' on Sunday mornings.

“I just wanted to play myself, there wouldn’t be much of a tradition in my own family...But what got me started in the hurling was Noel McGuigan - a hurling legend around Castleblayney - I would have went to school with his son, so he was basically just getting everyone into playing hurling...Himself and Mickey Byrne, I remember going down to their training sessions and there were two religions for me - Mass on a Sunday morning at 10 and straight to the pitch after for (hurling) training at 11…"

And though football will always be number one in Monaghan, the Castleblayney hurling captain sees no reason as to why players can't pursue both - as himself and his brother both have. 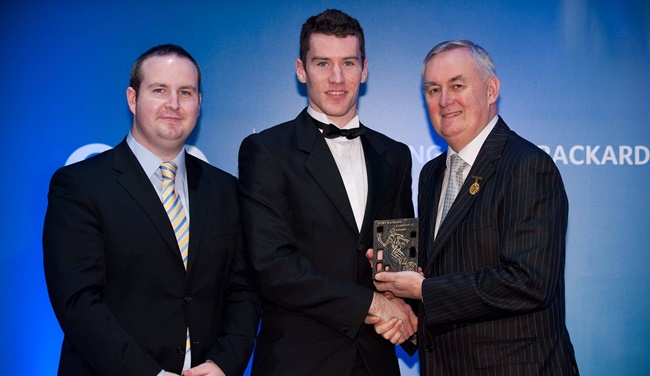 "It is a traditional football county, Monaghan, and it always will be - I’ve made my peace with that a long ago but there’s no reason why you can’t do both…

"My brother is the best example - a fantastic hurler, a fantastic footballer - he’s been asked to play county football numerous times but has made the decision not to - for his own reasons - but to me, that’s testament that you can play both codes at a high level and that nobody should be put under pressure not to play…”

Though there's still plenty of work to do for hurling in Monaghan to improve.

END_OF_DOCUMENT_TOKEN_TO_BE_REPLACED

“I was thinking about that myself during the week, the club is at its highest peak, up in Croke Park here...But on the wider scale, you’d be codding yourself if you said hurling in Monaghan was in a great place...Last year, two clubs amalgamated so they could field at senior level...A couple of years ago, another team stopped fielding teams at senior level, but on the whole it’s not great...there are a few signs there so hopefully us getting here will help to get it going more.

"Sometimes when you’re younger, there is that push to football but me being a bit stubborn - if you push me one way, I’ll go the other, I went towards the hurling and I’m grateful for it now, I still play a bit of football as well," says the 2012 Nicky Rackard All-Star.

Grateful because this Sunday, him and his clubmates will line out in the club's first ever All-Ireland hurling final, when they take on Kilkenny champs Dunnamaggin in Croke Park.

“We’ve never seen anything like it back at home, we’re the first Castleblaney team to play in Croke Park in hurling or football.

“It’s always the dream, I suppose after a couple of years, the dream starts to fade but in fairness, our two managers Jim Lacey and Barry Redmond - they were very honest about wanting to get here at the start of the year and they’ve instilled that belief in the whole squad.

"When you’re in an All-Ireland final, whoever you’re up against is going to be tough, we’re there on merit, we’ve been underdogs most of the way through. We’ll give it our best and if it’s good enough, great, if it’s not, we’re just trying to do ourselves and the town justice and that will keep our heads up high."

No doubt they'll give it their best shot anyway. 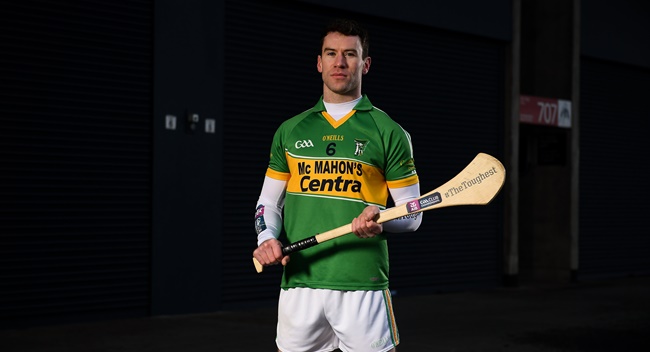 
popular
In 86 seconds, Patrick Bamford becomes English football's voice of reason
'Make him hurt, make him yours' - How the Springboks ruled the world
Jose Mourinho is about to step up and become the hero football needs
Springboks legend Tendai Mtawawira tells us what he really thinks of Ellis Genge
Michael Bisping tears into Dillon Danis for 'trying to be Conor McGregor so hard'
"We did find him hours later and we made up." - How Flynn and his best friend came to blows in Croke Park
Football's greatest heist has been happening in broad daylight for years
You may also like
1 year ago
You'd love to have Niall Kearns on your team
1 year ago
Magheracloone: Back from the brink
1 year ago
How Monaghan club recovered from losing it all in a tale of determination and unity
1 year ago
Ciaran Thompson's joke of a left peg shows Naomh Conaill can do it every way
1 year ago
Defenders do everything right yet Conor McManus kicks boomer off balance and off the left
1 year ago
Penalties the name of the game but surely there's a better way
Next Page