Tried that, tried it again, got really, really close, fell short. All the eggs are in the Leitrim basket now.

If one thing will encourage Emlyn Mulligan to fight back from a third cruciate injury just to help the Leitrim cause again, it's the new storm of optimism that's apparently taking over the county.

Once was bad, never mind twice, but 3 times.... Someone is punishing me from up above. More cruciate's torn than trophies won in my career👎🏻 END_OF_DOCUMENT_TOKEN_TO_BE_REPLACED

Mulligan, who has been vocal in his thoughts that the championship needs to be restructured to make it more attractive for the weaker counties, should've watched the darts on Sunday night to see the Alexandra Palace crowd - or at least one person amongst the madness - holding out hope that Leitrim could yet hit the big time.

As James Wade made his way to the stage for what would be the shock of the round as Keegan Brown dumped out the 11th seed of the competition, Leitrim folk were hijacking his walk-in and all the air time that comes with it.

This rampant enthusiasm used to be copyrighted property of the Mayo faithful. 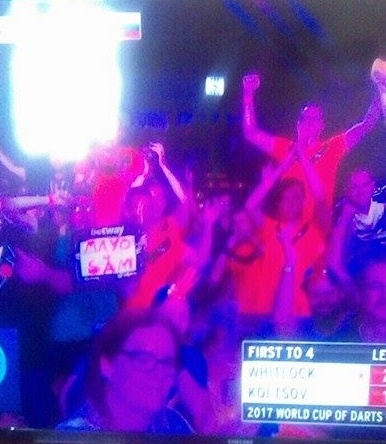 Leitrim folk don't concern themselves with the World Cup of Darts - they went for the World Championship instead and put their county and the senior football team on a global map at prime time during the first round. 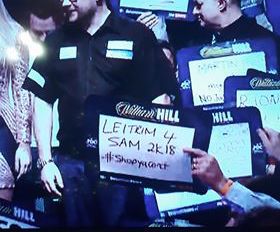 It's been a terrible start for the Irish at the championships with both Willie O'Connor and Brendan Dolan falling in their first round clashes.

It leaves just two remaining, with Derry's and Carlow's finest contesting on Monday and Wednesday.


popular
Shane Lowry on his Tuesday duels with Rory McIlroy at The Bear's Club
QUIZ: Can you name the sponsors of all 32 of these old county jerseys?
Roy Keane linked with Championship job to replace ex-teammate
Two Man United players led a furious half-time inquest into Manchester derby performance
"I think Wexford football is in trouble if something is not changed" - Banville criticises Wexford lay-out
"This is the darkest day for English rugby... the ship has sunk" - End of the road for Worcester Warriors
Thierry Henry once humiliated teammates in training just to prove a point
You may also like
9 months ago
"I must have done something terrible in a past life" - Michael Smith reflects on heart-breaking loss
9 months ago
Peter Wright's post-match comments on Michael Smith deserve to be recognised
9 months ago
"If we all have to be in hotels next year, I won't be in the tournament" - Peter Wright
9 months ago
Gerwyn Price cuts through the bull as World Darts Championship suffers another Covid withdrawal
9 months ago
Michael Van Gerwen reacts after Covid withdrawal from World Darts Championship
9 months ago
Raymond van Barneveld warns PDC organisers after testing positive for Covid-19
Next Page