He has never looked back.

Back in 2017, Keegan was being judged by Footballer of the Year standards as Mayo got to another All-Ireland final the hard way.

It's strange to think now that Keegan's form was sort of unspoken of for spells, in 2016, as Mayo stumbled through the qualifiers, gradually making their way back to the big time like they always do.

Then, in their three biggest fixtures at Croke Park, Lee Keegan fronted up and did what he had to do for the team.

He picked up Sean Cavanagh. He went into full-back and he picked up Michael Quinlivan. Then, he silenced Diarmuid Connolly as well as anyone could.

He did man-marking jobs, he sacrificed his own attacking instincts when he had to but, Christ, he was still electrifying when he decided to venture forward. He did so again in a frustrating 2018 but it was Newbridge and then nowhere as Mayo left before the Super 8s.

It wasn't always that way - his first inter-county forays were in the forward line before he found his best position. Keegan was happy to discuss his switch to centre back with The GAA Hour (from 51:55 below).

The Westport native isn't the sort of character to shirk questions.

"There's a bit more holding the territory with it [centre half back]," he told SportsJOE. "Obviously you have a bit more licence with number 5 or 7.

"I played full back [in 2016] too so it's something that I'm used to - either man-marking or trying to hold position there for Mayo. To be honest, I'm just happy to be able to play in whatever way or capacity I'm able to.

"We have the likes of Colm Boyle there, Donal Vaughan, Paddy Durcan, Stephen Coen - these lads are able to play anywhere in the half back line so it's great competition to have there so you have to be on your toes in training." 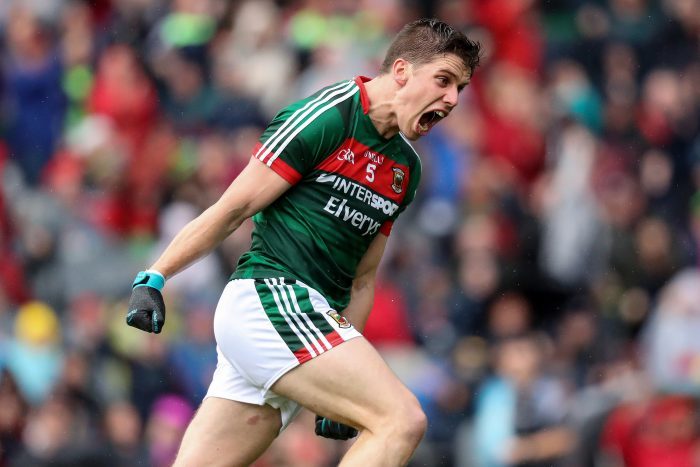 That competition for places isn't something that Stephen Rochford ignored when he was at the helm.

"[It was] great for us because if we're not playing well, you're not going to get picked and that's the reality - whether you have four All-Stars or no All-Stars or this and that. That's the way it has to be.

"I don't mind number 6. I'm just happy to be in the half back line any way I can and the times I try to get forward is a bonus. But my primary role is defensive and I'll try to keep it that way."

Asked if it's frustrating that he can't get forward as much when he's playing in the centre, Keegan was typically honest.

"Yeah, of course - that's the fun part of the game," he laughed.

"Going forward and having that licence to go forward is good. But I think an awful lot of teams are copping on to the power of half back lines within each county at the moment. It is a critical line because it sets up a lot of attacks and it actually finishes a lot of attacks - sometimes the half back ends up getting more scores than some of the forwards.

"It's something we have to adapt to. Of course I love getting forward as much as possible but the reality is we need to be stopping goal chances or points." 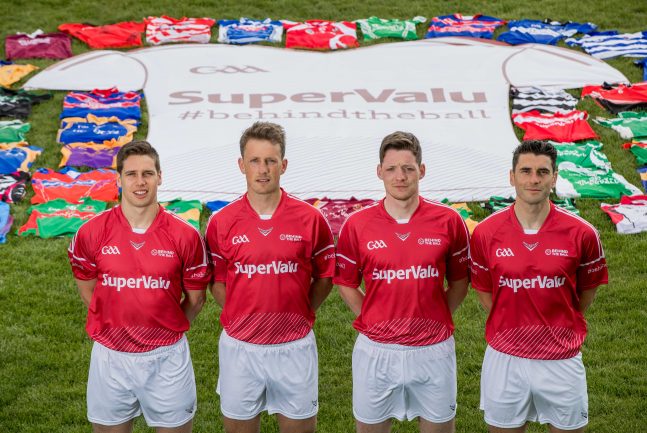 SuperValu customers will receive ‘#BehindTheBall’ tokens, which they can then use to allocate to a local GAA club of their choice at the in-store collection points.


popular
The SportsJOE 12 o'clock quiz | Day 189
QUIZ: Guess the footballer from their Wikipedia page #11
"My job at Sky is not to be a cheerleader for Rory McIlroy" - Paul McGinley
Conor McGregor shares DMs from Dana White to justify boxing comeback
QUIZ: Can you name the first signings of these famous managers?
QUIZ: Can you name every top European football club that begins with 'L'?
QUIZ: Can you guess the football shirt sponsors of these classic 90s kits?
You may also like
3 months ago
"Maybe my leadership can be a bit raw. It's something I've had to improve on"
4 months ago
Lee Keegan on what he misses most
6 months ago
Andy Moran: Using the time off to become a better player
6 months ago
The GAA Hour | Football | Mayo 'standing off', Congress analysis and the Tunnel row
6 months ago
Mayo issue update on crunch Allianz Leagues clash with Kerry
8 months ago
James Durcan stuns Ballybofey with last kick of the game
Next Page