Mutual respect between Fitzsimons and Keegan a stirring sight

There's no love lost between Lee Keegan and Dublin. But the mutual respect is clear.

As the Westport man chased down an inviting Aidan O'Shea handpass on Saturday evening, he could have had no idea that Michael Fitzsimons was lining him up, ready to pounce.

Keegan had eyes for the ball, mind on the goal and Fitzsimons, all defensive cunning and nous, sensed danger. It's this sixth sense which separates the good defenders from the rest and Fitzsimons has the instincts of a home alone guard dog. You invade his territory, you walk the firing line. Keegan knows this game, he has played it for years.

Just say this break opened up on the other end of the field, for example, Keegan would back himself to stand up and snarl like the Cuala man. It's what the best defenders do, it's what they pride themselves on and that's why, having had the wind drawn out of him with a knock-out blow, Keegan was prepared to acknowledge his killer. Game respects game.

"There was a lovely moment," noticed Colm Parkinson from the Croke Park stands "when Fitzsimons went back down to Keegan, who had stayed in the corner forward position because he couldn't move, and gave him a fist-bump. Keegan gave him the fist-pump back as if to say 'you got me, fair play.'"

Because Keegan would have been proud of that one himself.

Mayo’s Lee Keegan on the receiving end of a heavy shoulder from Dublin’s Michael Fitzsimons during yesterday’s All Ireland Final at Croke Park pic.twitter.com/f5AXDdZksE

"You'd have to give Keegan an awful lot of credit for getting up and playing on in fairness," Parkinson continued on Sunday's GAA Hour, "You're going for a ball and you've no idea that fella is lining you up. It's the worst hit because you just haven't made yourself ready for it, you haven't got off the ground.

"Keegan was wide open and like, you'd have been disappointed in Fitzsimons if he didn't open him up like he did. And he rattled him to his very core. So I wouldn't really blame Fitzsimons, outside of the fact that he was six or so inches off...For me, that's not a red card, it's a free and a yellow card."

END_OF_DOCUMENT_TOKEN_TO_BE_REPLACED

Cian Ward says that this cut-throat defending was what Mayo lacked when Niall Scully set up James McCarthy and Con O'Callaghan for Dublin's game-winning goals.

"It was a ferocious hit from Fitzsimons. He spotted the danger and he knew that he had to make massive contact to get there at the right time. He got his timing off but he left his own man to meet Keegan and that's the good defensive decision we're talking about - listen it's hard to say it's a good defensive decision when it's a blatant foul but at the same time, it looked like Keegan was heading for goal. An inexplicable decision from Coldrick that he didn't award the free. It should have been a tap over free for Mayo so they will feel aggrieved from that.

"But that was just another example of the ferocity of fight in the Dublin team. You look at Fitzsimons there, that was his 8th All-Ireland medal - a phenomenal achievement from maybe an unsung hero - but again, he made a number of crucial impacts on the game, which just stopped Mayo getting that score they needed." 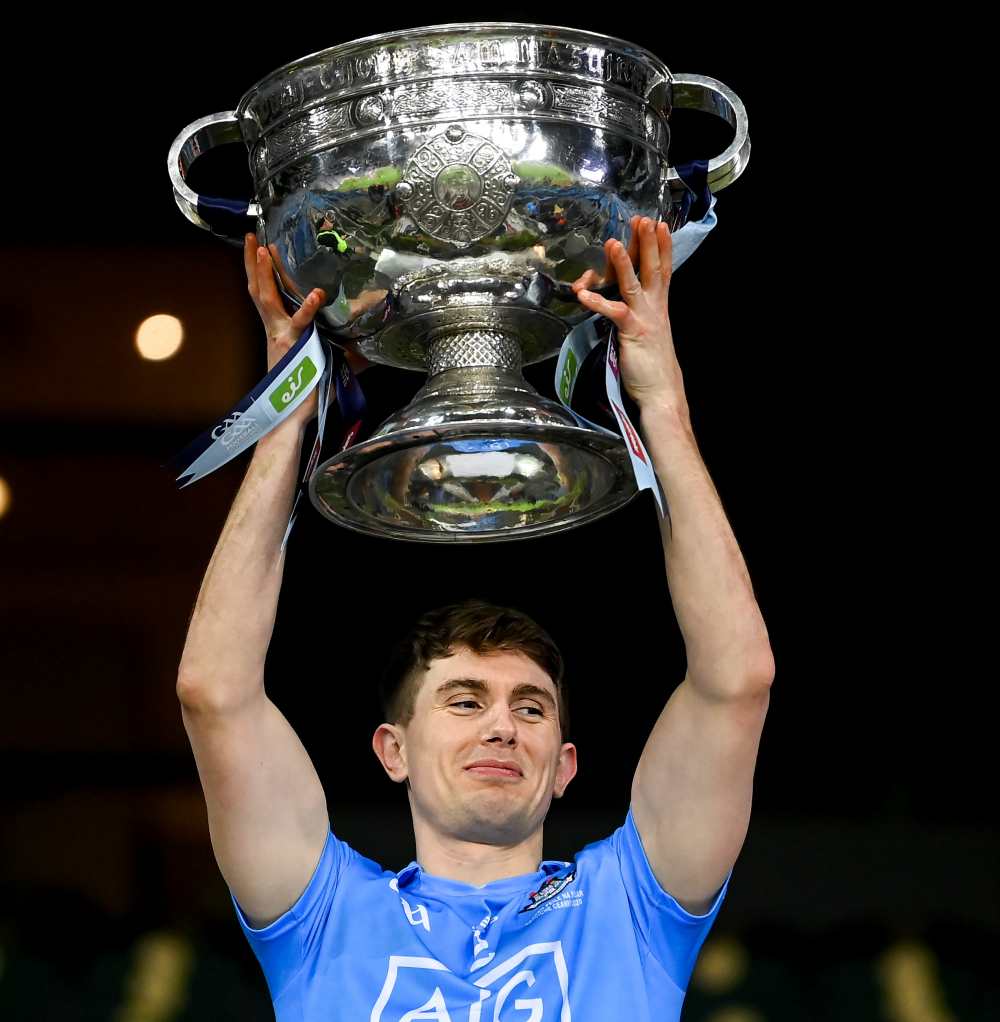 Fitzsimons too, should be acknowledged for stopping to check on Keegan as the impact took its toll. He's been on the end of those kinds of hits before and as he called the Mayo medics to attention, it was clear that there was no malice, only determination in his actions.


popular
Conor McGregor bought out of Proper 12 whiskey company
Leinster reach PRO14 Final but Ulster have every right to feel aggrieved
The SportsJOE 12 o'clock quiz | Day 312
"I'm sorry" - New bantamweight champ in tears as UFC history is made
Sean O'Brien's parting gesture won't soon be forgotten by Scott Penny
Longford leaving cert schools Europe's finest with measured masterclass
QUIZ: How well do you remember the 2010 World Cup?
You may also like
1 week ago
Night to remember for Mackin at TG4 Ladies football All-Stars
1 week ago
"People that get All-Stars aren't just a cog in the wheel. These are the special, outstanding players"
1 week ago
"It's just a really hard thing to step away from" - camaraderie keeps pulling Davey back in
2 weeks ago
De Búrca keeping positive as Fenton and Hegarty are the top dogs
2 weeks ago
Cavan make history as Dubs dominate the 2020 Football All-Stars XV
2 weeks ago
"If we moved we were dropped" - Good memories come flooding back for Ryan
Next Page