Enda Rowland knew they were going over from the minute they left his hurl.

His 51st and 52nd points in a Laois jersey. It's some clipping for a goalkeeper but this lad lives for it, he practices these long-range frees every training session. There was never any doubt in his mind.

The 52nd was the real clutch one. With Dublin breathing down Laois' necks and with O'Moore Park in Portlaoise absolutely rocking, it was no country for small characters, it was no place for nerves.

Rowland was in his element. And so from miles downtown, from the sideline and from his own 45, he stepped up and he buried it straight over the black spot.

It was the clincher. The final point on a famous day for Laois, their first win over Dublin since 2005, through to their first All-Ireland quarter final since 1979.

"A lot of goalkeepers hit frees, I practice them a lot so I’m expecting them to go over," he said to us after the game. 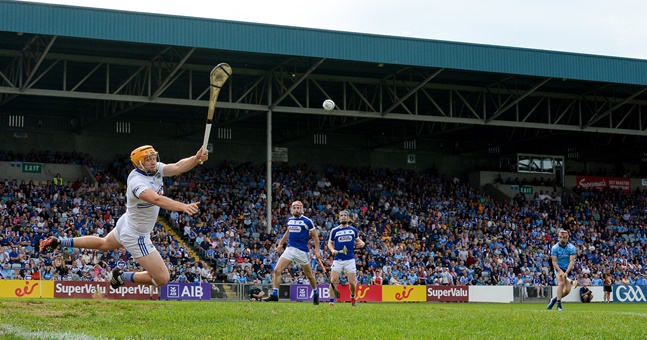 Rowland knew it was their day.

"When they go over from that distance, under the stand on days like that, you know it’s your day and you need all your luck on days like these. It went our way today..."

And here's how the 13/2 outsiders upset the odds.

"From the corner forward out, everyone absolutely emptied themselves," continued the goalkeeper.

"You couldn’t have asked any more from anyone on the day. The forwards worked and worked and tackled. They knew there was going to be an extra man up there so it was extra hard work and it showed on the day. The amount of turnovers we got in the first half was unbelievable and the scores we got from it. At the end of the day, that’s the difference. It makes the backs’ job very easy..."

"We were confident coming in. Look it, I know everybody says that, but we genuinely believed that we could do it. We knew what we had to do and we stuck to our game-plan. That was just work-rate and work-rate, and if it was right, we knew it would work…" 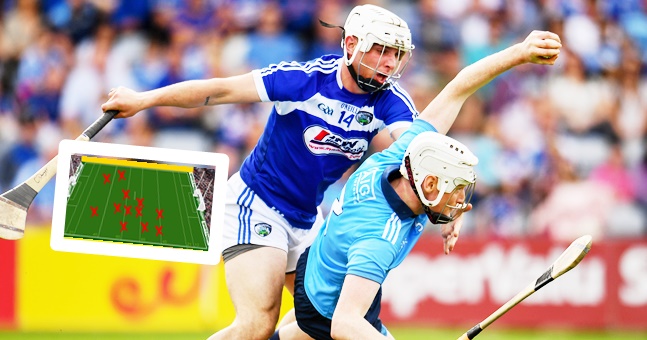 Laois 1-22 Dublin 0-23 Laois have done it. They have beaten the Dublin hurlers for the first time...

"Ah it's Pure and utter ecstasy. These are the days you dream of. This is why we play the game. This is probably the best day in Laois’ hurling history. I know we’re only in a quarter final but that’s massive for us. It’s set up for a team that’s in the Joe McDonagh to lose in the next game, but when we seen the draw, no disrespect to Dublin, we said anything can happen here today and that was proved out there.

"Dublin brought it back level and every Dublin supporter must have been thinking, aw we have it now but the guts and determination to get that next score, two up, three up. Credit to all the lads out the field, it was absolutely savage..."

A word on their barnstorming bainisteoir.

"Eddie Brennan is some man. He’s going to be a hero of county Laois now!”

Next up it's Tipperary in Croke Park.

Why would these men of Laois fear anybody?


popular
The SportsJOE 12 o'clock quiz | Day 103
James Haskell on text exchange with Peter O'Mahony after Ireland's victory over Scotland
SportsJOE 2000s Football Quiz | Round 8
"The academy boys have turned into small monsters over the past few weeks" - Peter O'Mahony
"I have more work done than any player in Ireland" - The Trevor Giles tribute show
The SportsJOE 12 o'clock quiz | Day 102
Can you name the first clubs these players went to after leaving Liverpool?
You may also like
1 month ago
Seven-time All-Star Goldrick using time off to strengthen and improve
2 months ago
No fear of McCarthy losing a lifetime of fitness
2 months ago
"Sometimes sport can overwhelm you, it was time for him to take a deep breath"
3 months ago
Dublin hurler Mick Carton back on the mend after winning another battle
3 months ago
"I'd spent hours and hours honing my left foot with my dad when we were young"
3 months ago
April club month a goner as virus threat causes longer delays
Next Page