If you stop and smile you're pathetic and if you walk away then you're the point at the edge of a thorn.

It's an absolute free-for-all at the end of inter-county games nowadays and, as a player, it must be hard to know what you're supposed to do.

Because if there's nobody lining you up for a selfie, as soon as the final whistle is blown, then you can take it for granted that there's someone else eyeing you up with a ball or a hurl or a copy or a cast that they want you to sign. The buzz and the fanfare of it all must be a great novelty at first but, when you see grown adults looking for autographs and when you hear young fellas asking for your jersey, surely it doesn't take too long for that novelty to wear off.

END_OF_DOCUMENT_TOKEN_TO_BE_REPLACED

Especially if it comes just seconds after you've lost a game. Conor McManus showed plenty of patience and generosity to meet and greet young Monaghan fans on Sunday, moments after he and his county were knocked out of the Ulster championship by Derry. 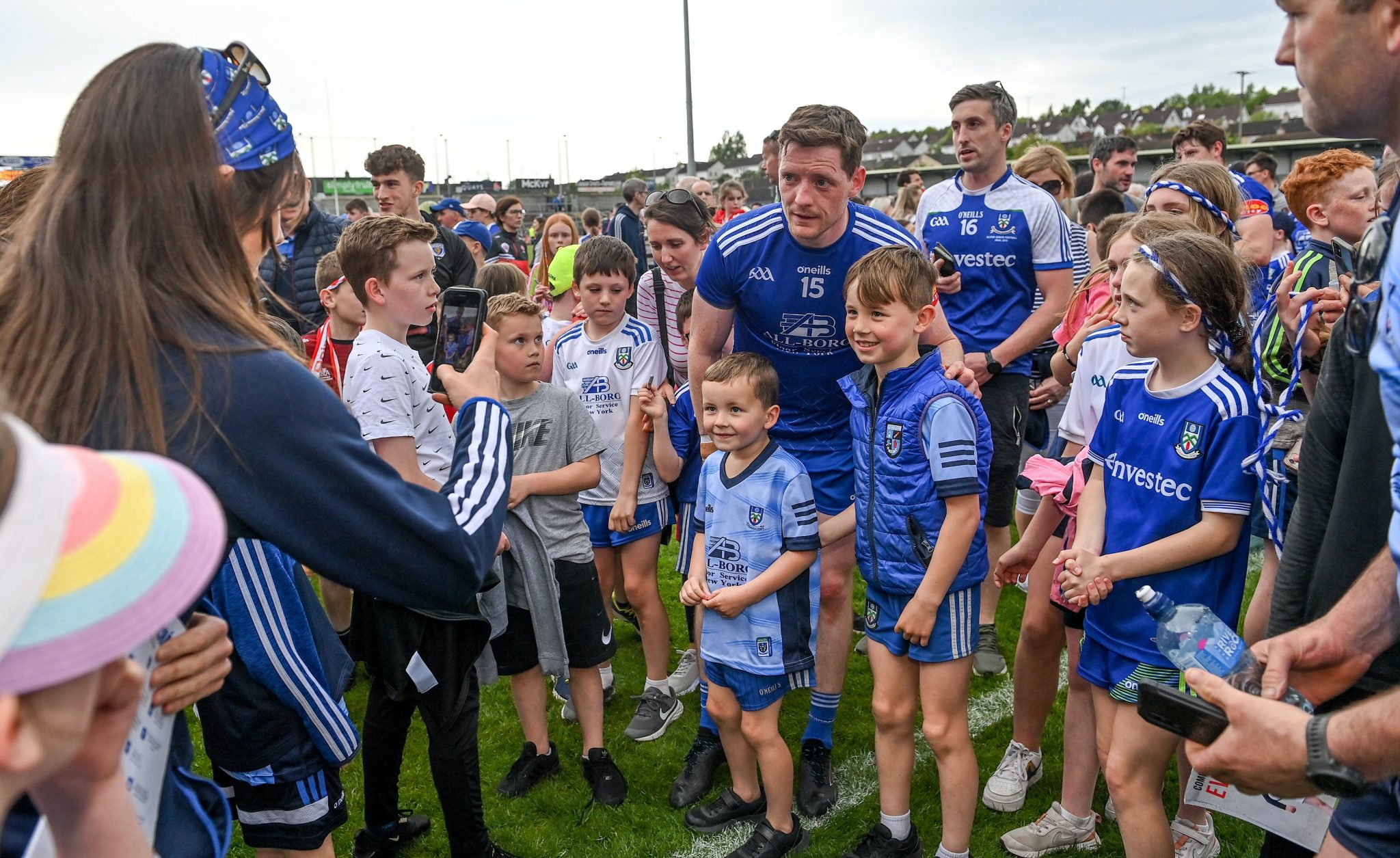 The Dublin hurlers did the same thing on Saturday night. They posed for photos and signed a few autographs but, having lost the game by 17 points, they came in for plenty of criticism for doing so.

"I'm a bit disgusted and I'm not going on a Roy Keane rant here," John Mullane said on RTE Radio.

END_OF_DOCUMENT_TOKEN_TO_BE_REPLACED

But as Donal Óg Cusack said on The Sunday Game, and while they may have been better off getting out of their as quick as they could, it was a no-win situation for the Dublin players.

A passing comment from one Dublin fan to another, on the way out of Parnell Park, summed their evening uphttps://t.co/3T3ipnuIbX

END_OF_DOCUMENT_TOKEN_TO_BE_REPLACED

"I've no doubt when the Dublin players woke up today, they felt terrible," said the Cork man.

"But the last thing you wanted was someone going out of Parnell Park last night with an impression of one of the Dublin hurlers was that they got beaten by that much and then they wouldn't even stay on the field to get their picture taken...You're in a no-win position as a player."

He then went onto make the valid point that, above all else, it's harsh to give out about players when, at that particular moment, signing an autograph may have been the last thing they wanted to do. It may even have been something they were embarrassed about.

"I would say there's a lack of understanding from the crowd sometimes about what the players are going through. But I think it's testament to the type of player that we have that they stay around the field."

Because, at the end of the day, just because they signed an autograph doesn't mean they're not hurting inside.


popular
Eamon McGee just couldn't help himself with Armagh-melee tweet
Robert Finnerty's strut up to the penalty spot was the stuff of legend
Strongest Ireland team to face New Zealand in Test opener, after squad set-back
Andros Townsend claims 'moaning' Jurgen Klopp has 'got his way again'
Conor Gleeson's gesture to heartbroken Ethan Rafferty a tonic after sideline brawl
Ireland include plenty of new faces in team to face Maori All Blacks
The FootballJOE Pub Quiz: Week 43
You may also like
3 weeks ago
The GAA community comes together in support of Sean Drummond
1 month ago
Kilkenny, Dublin and Wexford could all still end up going out of the championship next Saturday
1 month ago
Familiar feeling for the Dubs as Kilkenny rack up a cricket score
1 month ago
"I realise on the far side that all of that stuff is not what it's cracked up to be." - 2011 reunion allows O'Sullivan to take it all in
1 month ago
"Jesus, no, if he finds out, he'll think I'm going soft now." - the social life of inter-county GAA players
1 month ago
Buff Egan calls it as Laois skin the Cats in O'Moore Park
Next Page