"I just love the responsibility, the more of that, I'm well able to handle it"

Winter 2012 and Seamus Callanan was at a career cross-roads.

Having exploded onto the inter-county scene as a precariously talented youngster in 2008, the Drom and Inch forward's progress had stagnated by 2012 and in that year's All-Ireland final semi-final, he was an unused substitute in a heavy defeat to Kilkenny.

At 23, Callanan was supposed to have been in the prime of his life but reality told a different story. In five years on the panel, he had struggled to find the consistency to nail down a spot in the Tipperary forward line, and was still seen as a luxury player.

"There were a couple of years where you suffered a bit, not getting your game," Callanan told us at the launch of the Allianz Hurling Leagues today. 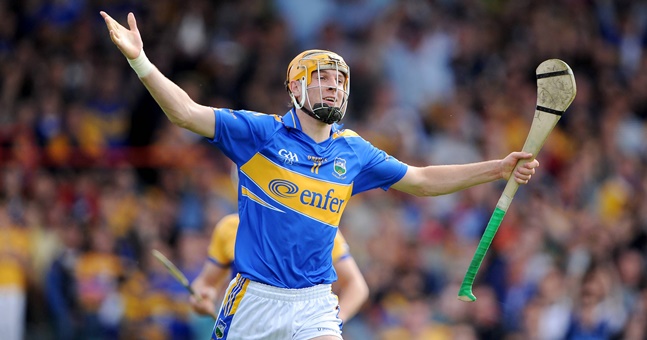 Work to do, Callanan rolled up the sleeves and by 2014, he was an All-Star forward. By 2019, he'd become an All-Ireland winning captain and was named the Hurler of the Year for the first time. Indeed, most hurling observers would tell you that over the course of those six years from 2014-2019, that Callanan was hurling's most feared attacker.

The year 2014 was pivotal to his progress.

It was around then when Eamonn O'Shea came in as Tipp manager and he let Callanan know early on that he was going to be Tipperary's free-taker and that he would do his hurling from the edge of the square with 14 on his back. Tipp's game-plan would revolve around his scoring threat and his performance would be crucial to the team's success.

Lots of responsibility for an unproven marksman, but that faith was and still is what gets the best out of Callanan as a player.

"I wouldn’t have half the career I’ve had only for Eamon O’Shea," said the Drom and Inch man.

END_OF_DOCUMENT_TOKEN_TO_BE_REPLACED

"I think it was a bit of freedom came into my game. It’s just experience as well when you get older. Obviously, I had a bit more responsibility as well, Eamon O’Shea put belief in me, put me on frees to get my confidence up and going again..."

"Momentum is great, it gives you great confidence and belief. Thankfully, I had a good year in 2014 and I kept belief from that and brought it into the following years. There was no major change really, just a bit more experience helped.

The lesson to any hurler struggling for form? Don't shy away from challenges, embrace them and meet them head on. If you feel you're good enough to hit frees, take on that challenge. If you feel you should be team captain, have a chat with your manager and teammates.

It's no coincidence that the leap of faith Liam Sheedy took with Callanan, by naming him captain in 2019, encouraged him to have his best season yet.

"I felt very honoured, surprised and very over the moon to get the chance to captain the team. I don’t know what the story is for the year coming now, but it was great to be able to do it last year. I just love the responsibility. The more of that, I’m well able to handle it. So I just kind of take it in my stride, I don’t put pressure on myself. So it’s a nice tag to have, but I’m very lucky as well because we’ve so many leaders in the Tipperary dressing room..."

Another man who helped Callanan with the transition from expendable forward to key man was Eoin Kelly, who is in as team selector for the coming yar.

END_OF_DOCUMENT_TOKEN_TO_BE_REPLACED

"When I was growing up, Eoin was my idol and you just try to copy his game really and try to be like him. In his final year, I’d be practising frees and he’d be behind the goal hitting the ball out, he’s that kind of a humble fella which is great."

And so another year dawns for Tipperary and Callanan. 31 now, he's one of the senior members of the squad but he won't be giving away that jersey easily.

"We had the U21s as All-Ireland champions two years ago, and the U20s last year. So they’re the future of Tipperary, and the more of them that can get a bit of game-time to try and force their way in, that’s great. The older guys, we want that competition for places, we want to fight for the jerseys. It will benefit us all really.

"Like every year, you’re trying to find who’s the next fella who’s going to step in, or who’s going to be the young lad that comes out of nowhere. So it’s a great opportunity in the Allianz League to set themselves up for the summer. But the older lads aren’t going to step aside either too easily..."

There's more to come from Seamie. 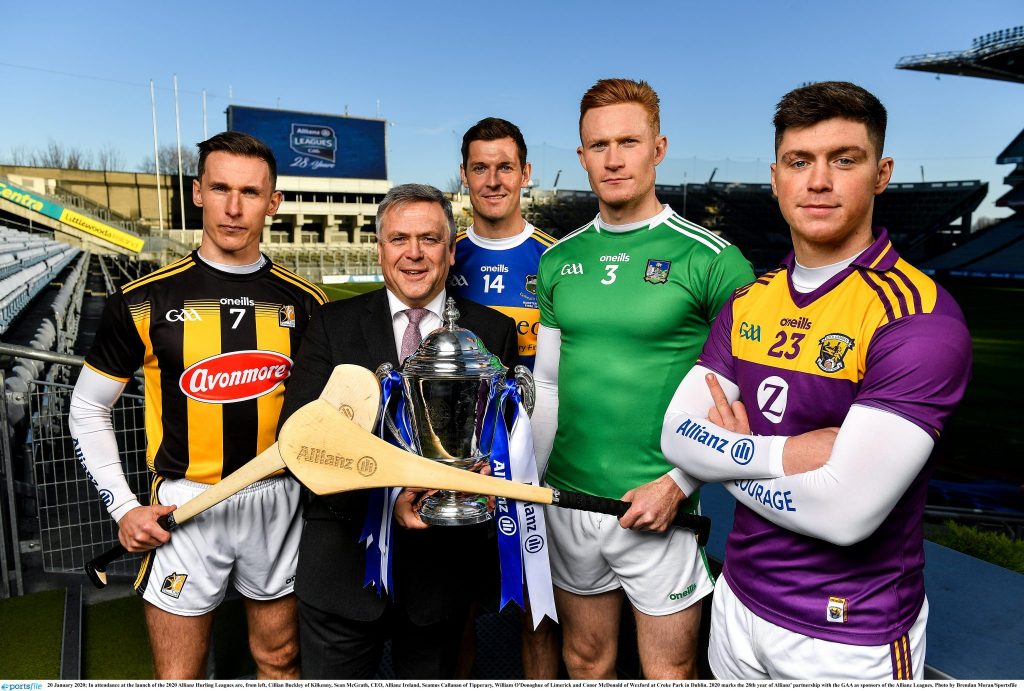 A nine-week festival of inter-county hurling gets underway on January 25th with the commencement of the Allianz Hurling Leagues. The exciting programme features 116 games across the four divisions in a campaign which will mark the 28th year of Allianz’ partnership with the GAA as sponsor of the Allianz Leagues, making it one of the longest-running sponsorships in Irish sport.