"It's just as good at home here winning county titles"

Dessie Hutchinson was sitting in the stands for last year's Munster club hurling semi-final between Ballyea and Ballygunner.

Not long after packing in the soccer dream that had brought him to Brighton and further afield, he was getting the taste for the small ball again.

Philip Mahony's last minute winner for the Waterford men had him dreaming. Hutchinson knew where he wanted to be.

It wasn't that long ago when he was a part of Waterford under-14 and '16 teams. You don't lose it that quickly.

So wearied by the struggles of professional football, Hutchinson had tunnel vision for a fresh start and the end goal was closer to home. He wanted to get back in with the Ballygunner boys, he wanted to win county titles and he wanted to help them finally win an All-Ireland club too. 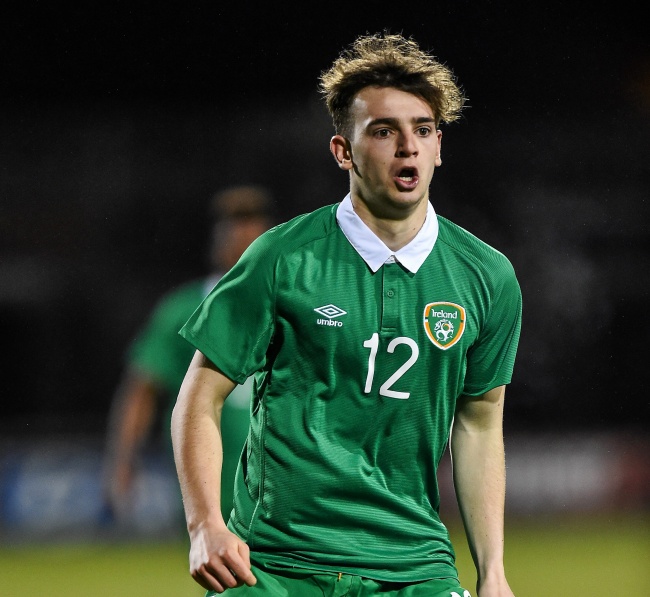 Fast forward a full year from that Ballyea day and Hutchinson's dreams are well on course.

He watched on as they lost to Ballyhale in the All-Ireland semi last year but along with fellow youngsters Michael Mahony and Paddy Leavy, gives them an extra edge this year as they seek out more prestigious honours.

END_OF_DOCUMENT_TOKEN_TO_BE_REPLACED

Hutchinson has the freedom of the inside forward line, and the Gunner midfielders just ping it into space for him. He has the pace and the skill, and he usually converts the chances to scores as he did with five from play against Patrickswell on Sunday.

All from open play 🔥

"All six forwards are comfortable in all of the six positions and we have licence to get around the forwards wherever it is," he says on Monday's GAA Hour Show, fresh from a convincing win over Patrickswell in the Munster club semi-final.

Next up is Borris-Ileigh in the Munster club final, these are the type of games he came back for

"Our house at home is a huge GAA house. I have two brothers (JJ and Wayne) on the team, I knew all about it with them being involved for so many years. They're probably wishing they were me at times, and I was probably wishing I was them at times..."

Even across the water, hurling with Ballygunner was never too far from his mind.

"It's just the way it goes, a lot of people would love to have a professional lifestyle but it's not all it's made out to be especially starting out over there. Everyone thinks it's the big, nice lifestyle but it's just as good at home here winning county titles..."

As for the soccer dream, it's not all sunshine and roses.

"It's always up and down over there. One week, you could be on the biggest high ever and the next you're on the lowest of the lows. That's the way it will be, until you've played 60/70 games for your first team, then you know you're doing well..."

"You could have 80 young lads in the academy looking for one spot in the first team. You need to look out for yourself like. You go over there into the dressing room and people wouldn't even talk to you. It's some change coming from a team environment in work. As it went on, you understand why. I became one of them people, you don't want to see them doing well and they don't want to see you doing well..."

You may also like
3 weeks ago
Waterford dealt big blow as Stephen O'Keeffe steps away for 2021 season
1 month ago
GAA JOE All-Star hurling team
1 month ago
Calum Lyons: Hurling from the soul
1 month ago
"There's no nonsense with this team, they're just going out there and playing the game"
1 month ago
Glorious redemption for Aussie after years of hurt
1 month ago
"They don't care about mistakes once they're honest mistakes" - Buzz back for Bennett
Next Page