Joe Canning doesn't have to look too far back through his career to remember the bad days. One of them almost came only three weeks ago in Pearse Stadium when Waterford were toying with Micheál Donoghue in the league quarter-final.

With the game running to a dull close and Galway looking at a double-digit deficit, the thoughts going through Canning's head were to simply to not allow things to get worse than they already were.

They did that, and then some. The Tribesmen came back from nowhere and absolutely stunned the Munster side - winning by three points on the day, advancing to the semis and never looking back. 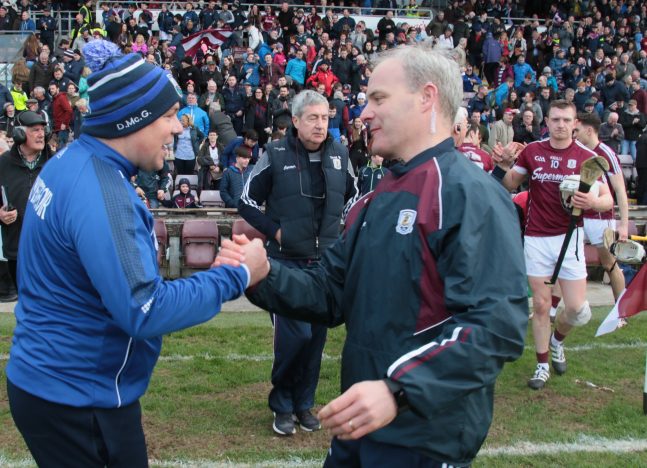 END_OF_DOCUMENT_TOKEN_TO_BE_REPLACED

Galway took massive belief from that day and what was most impressive was that they backed it up with a league title in the end. Backing it up isn't something they've always been able to do.

In a fascinating interview on The GAA Hour, Joe Canning was asked about the idea that people just don't know which Galway is going to show up from one game to the next. He was happy to address it.

"We're trying to get the consistency - that's the big thing for us," the lethal forward told SportsJOE.

"Over the last number of years, we've always had one big performance and then the next day it's a little bit flatter so that consistency is the big thing for us.

"We do believe in ourselves and in our own ability but it's about getting that consistency and backing up a good game with another."

Now, can they back up a good league with a championship? That's the debate rumbling at present and, despite Cyril Farrell tipping Galway for Liam McCarthy success, Canning isn't sure about some of the pundit's mathematics.

"I don't know where Cyril got this team being six years together," he said.

"A lot of the guys are still only 22/23 years of age. We had two lads who came on [in the final] who are only 19 or 20 - Tom Monaghan and Sean Loftus. We're a fairly young team and we're not that long together.

"It is good to win a national title, especially when there is pressure on us, because over the last number of years, Galway teams haven't won in finals so it's good to get that monkey off the back and get that belief that we can win a final." 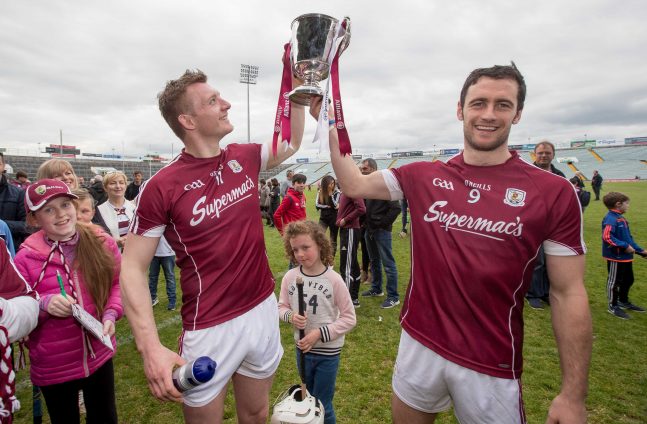 END_OF_DOCUMENT_TOKEN_TO_BE_REPLACED

The return of Johnny Glynn has helped to no end.

The 23-year-old is making the trip back from New York for the cause and his presence has had a massive influence on the side. He should be around for the few weeks leading up to the first championship encounter with Galway too and Canning can't speak highly enough of Glynn.

"We're delighted to have him back," he told The GAA Hour.

"Most boys are over six foot - maybe even six foot two or three - but I think the lads are able to move as well. There's no point having a big, strong team and not being able to get around the field."

As much as size matters though, Canning's philosophy is always the same. Hurling wins the day.

"The speed of your hurling is still going to be the difference.

"If you have a bad first touch, then your second touch is going to be a tackle - at this level anyway.

"Your hurling has to be number one no matter what but if you're able to move around, that's always going to be a plus."

Listen to the full interview from 10:30 below.


popular
Matt Williams wants two changes and Peter O'Mahony benched for Ireland vs. France
"Remember that name" - Sonny Bill Williams raves about Ireland U20 star after outrageous try assist
"He rode him like a machine rather than a racehorse" - Mullins doesn't spare Townend as second string come good
Peter O'Mahony reaction to Liam Williams scuffle shows he may finally be mellowing
Ireland vs Wales: All the big talking points, moments and player ratings
Two changes as familiar faces return to our Ireland team to face France
Man City release bullish statement following alleged financial breaches
You may also like
3 weeks ago
Moran and Bradley and Cooke show that it's hard as ever to beat the big man in midfield
1 month ago
How many of the 65 county senior champions for 2022 can you name?
2 months ago
"I appreciate Moycullen now more than ever" - Cooke's American lifestyle from a Moycullen base
2 months ago
GAA JOE Team of the weekend
2 months ago
Results from all around the grounds on a blockbuster day of provincial action
2 months ago
GAA JOE Team of the weekend
Next Page