It’s hard to believe that Joe Canning is still only 28-years-old. The Galway man first burst onto the scene in 2005 as a whippersnapper 16-year old when he fired his club Portumna to county and later All Ireland glory.

His county career began in similarly explosive fashion when he scored 2-12 on Diarmuid ‘The Rock’ O Sullivan as Galway exited the championship to Cork in 2008. The trick with starting off on such a high is staying there. The pressure on Canning’s shoulders from within, and even outside of Galway is immense.

As JJ Delaney said on ‘The GAA Hour’ yesterday:

“He just came with a reputation from when he was underage, I think he came on in his first game and he blitzed Diarmuid O Sullivan, people are expecting that from him every game”

END_OF_DOCUMENT_TOKEN_TO_BE_REPLACED

Ever since he has been the great white hope of Galway hurling. He has scored 25-296 in 42 championship appearances for the Tribesmen, racked up 3 All-Stars, a young hurler of the year award along the way, as well as two All-Ireland minor championships, an Under-21, a national hurling league and a Leinster championship win in 2012.

It is hard to believe then, that 12 years on from his meteoric breakthrough, many are still not sure of his best position. Being a Tipperary man living on the Galway border, it is very often that you would hear our noisy neighbours calling for Canning to be based on the edge of the square and for his team-mates to lump the ball in on top of him.

Indeed, he began his inter county career as a full forward. He has however in recent years taken up a floating role further out the field acting as more of a provider than a finisher. 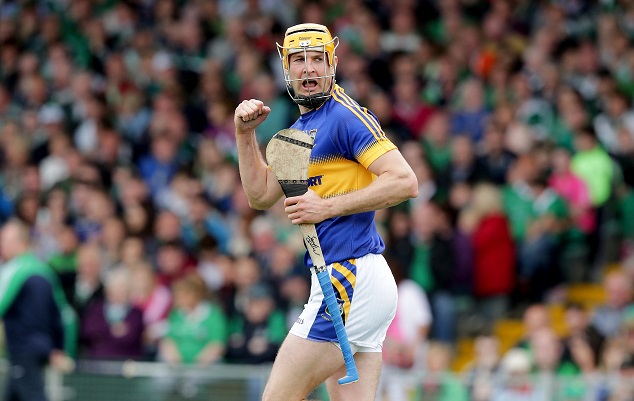 END_OF_DOCUMENT_TOKEN_TO_BE_REPLACED

Paddy Stapleton, the former Tipperary corner back who has marked Canning on occasion in the past feels a lack of movement inside in the full forward line is the reason for his relocation.

When asked about his movement in the full forward line, Stapleton replied:

“I would expect it to be a bit better, because when he’s on the ball, I’m not saying he’s lightning but he’s not slow in any way, and I think if he was able to work along the line a bit quicker he’d definitely get those opportunities…I’d love to see him work that bit harder inside. I think he’d be near enough unstoppable.”

Delaney is of the same viewpoint and knows from the experience of marking the two men that Canning’s movement leaves something to be desired when compared to Tipperary’s Seamus Callanan.

“He wouldn’t have the movement of Seamie Callanan, for argument's sake…Seamie used to be going in behind you, you’d always have to keep an eye on him, he keeps you honest.

"Whereas Joe would probably stand beside you and wait for the ball to come, then burst, you know where he is before you react…If he took a leaf out of Seamie’s book, started moving around rather than sticking in the one spot, as Paddy was saying, he’d be unmarkable.”

So, with a little tweak, maybe Canning could be at his most dangerous in and around the house.


popular
Matt Williams wants two changes and Peter O'Mahony benched for Ireland vs. France
"Remember that name" - Sonny Bill Williams raves about Ireland U20 star after outrageous try assist
Peter O'Mahony reaction to Liam Williams scuffle shows he may finally be mellowing
Ireland vs Wales: All the big talking points, moments and player ratings
Two changes as familiar faces return to our Ireland team to face France
The two reasons why Aidan O'Shea's performance against Armagh was his best in ages
Allianz National League Round 2: All the action and talking points
You may also like
6 months ago
Damien Comer switch that Galway passed on, during All-Ireland defeat
6 months ago
Finian Hanley take on contentious Kerry free may settle some Galway arguments
6 months ago
Darran O'Sullivan on the post-match gesture that shows what Jack O'Connor means to Kerry
6 months ago
JJ Delaney on how Brian Cody kept him grounded after Hurler of the Year honour
6 months ago
"We were known as stab city, the butt of everything. Of all the things JP has done, he has made everyone so proud to be from Limerick"
6 months ago
McCarthy still harder than a brick wall
Next Page