It's not David Clifford.

In a weekend that was jam-packed with brilliant match-ups, high stakes and gorgeous weather fit for forwards and warm weather players to strut their stuff, we seen some of the best football yet this season.

We saw a Jack McCarron masterclass, kicking 2-6 against Dublin, including a wonder goal and last gap winning point to keep Monaghan up, while relegating the capital in the process. 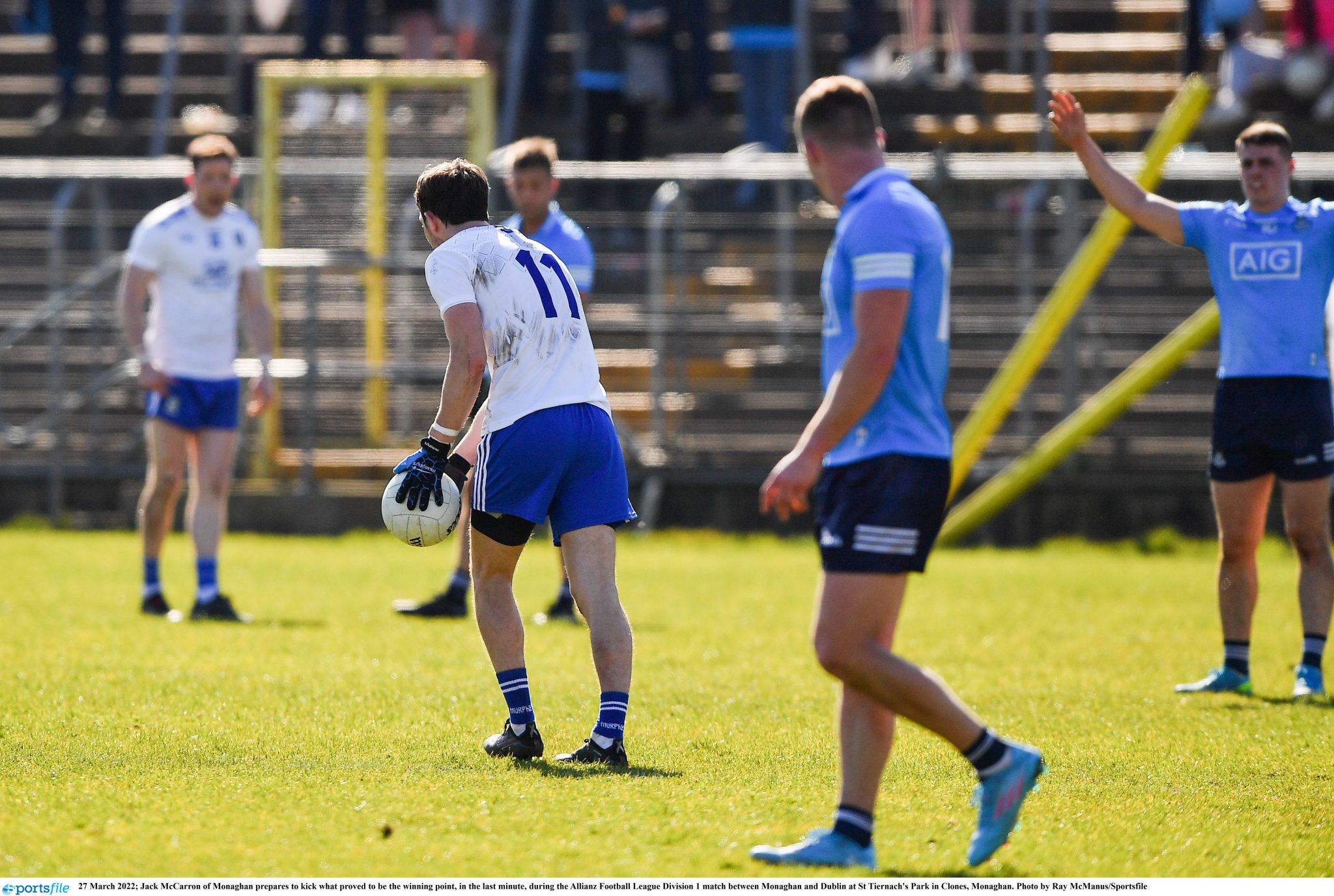 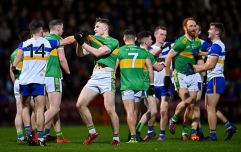 END_OF_DOCUMENT_TOKEN_TO_BE_REPLACED

Ryan O'Donoghue was in fine form for Mayo, as was Michael Murphy who led Donegal to a crucial win over Armagh to secure their Division One status.

David Clifford scored a beautiful point against Tyrone, something that happens so frequently that you now just expect it to happen rather than hope.

However, it was Tyrone's forward, Darren McCurry, who stole the show yesterday, kicking an incredible 1-7, including a goal that typifies everything that is great about the Edendork man. 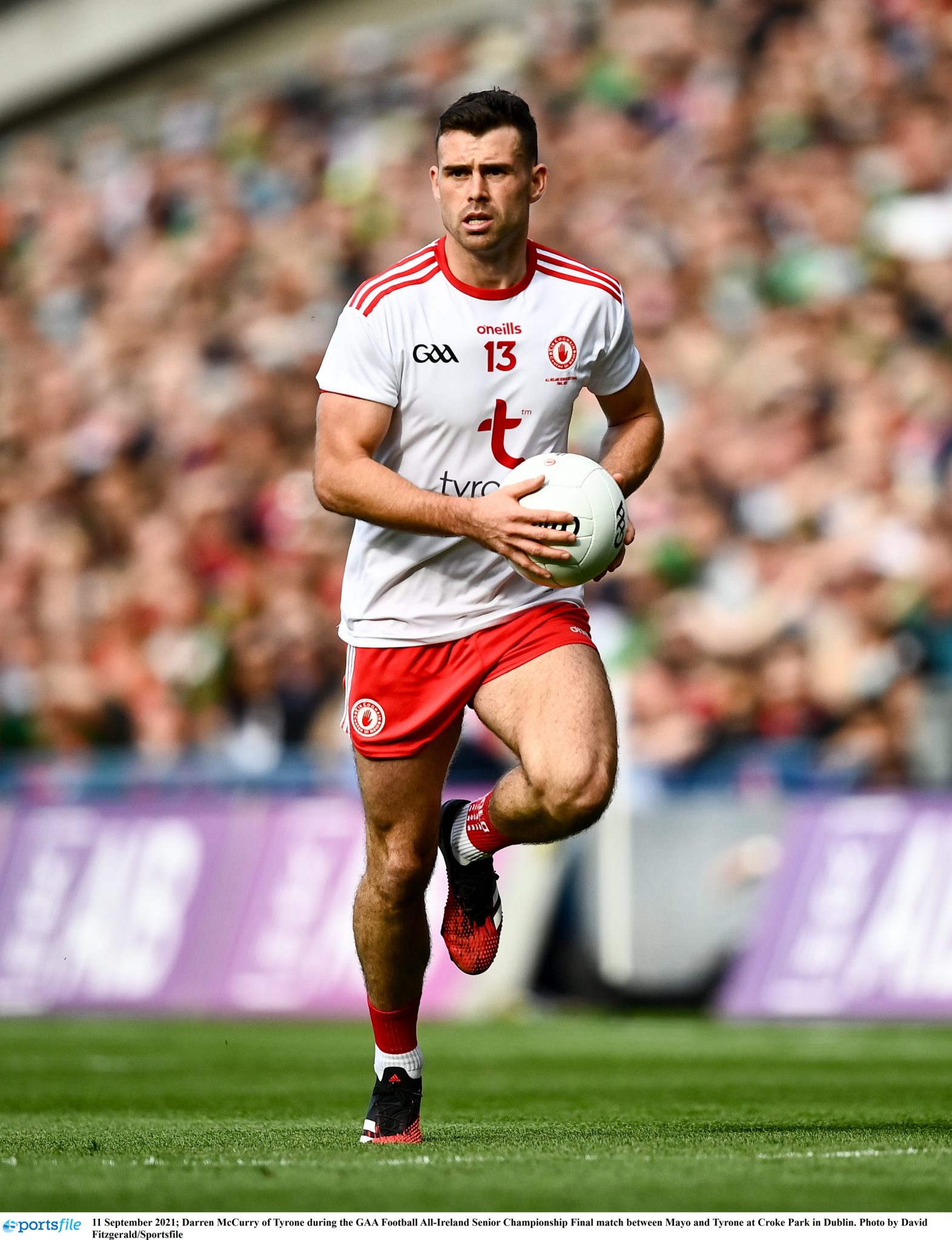 END_OF_DOCUMENT_TOKEN_TO_BE_REPLACED

Darragh Canavan wins the kick-out to call the mark, before kicking a brilliant ball into McCurry who bursts out in front of his man, fetches it above head, and has already began turning goal side mid-air, before landing and exploding towards goal.

Then, just to perfectly place the cherry on top, the sharp shooter whips the ball into the inside of the side-netting by using the outside of his left foot.

Such was the caibre of the Tyrone man's performance, Joe Brolly felt the need to take to Twitter and make a pretty big claim.

"There is not a better footballer in Ireland at this moment than Darren McCurry."

Given the talent that is on offer, and the fact we live in a David Clifford era, this is a compliment of the highest order.

Throw in the likes of Sam Mulroy, Shane Walsh, and Rian O'Neill, who have all had terrific league campaigns, and there are many who would disagree with Brolly on this one. 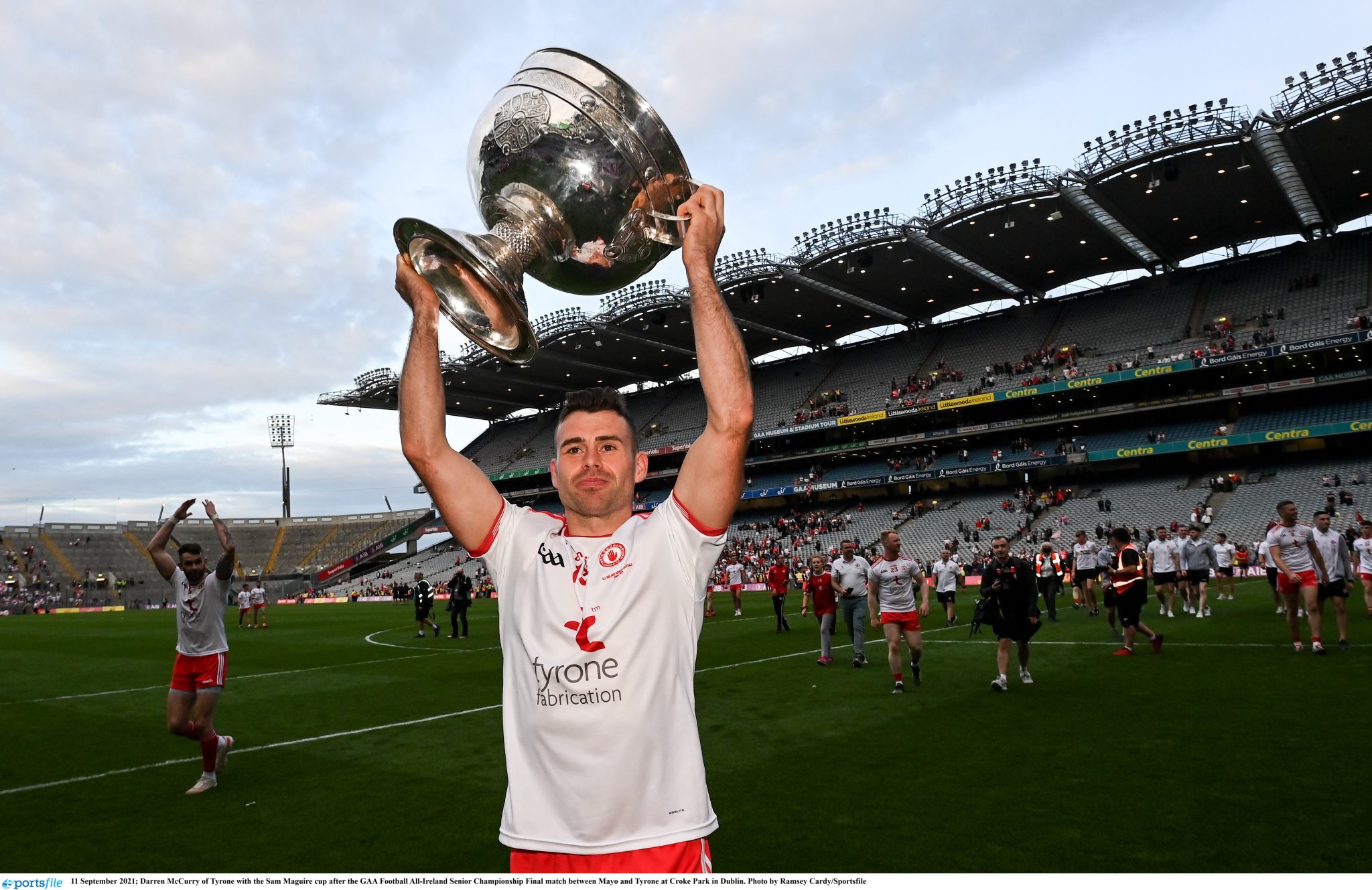 However, McCurry is an All-Ireland winning All-Star for a reason, and anyone who kicks 1-7 against Kerry in The Kingdom deserves to be in the conversation.

Tyrone will certainly be hoping that he continues this form into the championship.


popular
Iran demand action by FIFA after USA team change flag on social media
World Cup 2022 Day Nine: All the major action and talking points
"I appreciate Moycullen now more than ever" - Cooke's American lifestyle from a Moycullen base
Roy Keane's issue with Argentina star could rival Graeme Souness and Paul Pogba
GAA JOE Team of the weekend
Ronaldo finally reveals why he got that hideous haircut
Didi Hamann absolutely destroys Neymar's legacy during half-time rant
You may also like
1 month ago
Errigal Ciaran's journey to Tyrone championship final is a story of fathers and sons
1 month ago
The late Damian Casey has been honoured with Hurler of the Year award
1 month ago
Sean Cavanagh takes aim in damning Munster football championship rant
1 month ago
Two forwards who lit up club championship could solve Tyrone's problems
4 months ago
Peter Canavan picks his All-Star team and there's some big names missing
4 months ago
Tyrone legend Peter Canavan backs Kerry win unless Galway can address two main issues
Next Page