His imprint is all over the forward division.

Jason Sherlock is a legendary figure in Dublin GAA, indeed he is a legend in the GAA as a whole, a real fan's favourite throughout the entire country during his playing career.

END_OF_DOCUMENT_TOKEN_TO_BE_REPLACED

Jayo also holds some serious sporting pedigree outside of Gaelic football. He represented UCD in the League of Ireland, as well as Ireland on the basketball court.

A lot has been said about Dublin's approach to the game, as they are a dominant team who have to consistently play against the blanket defence. Many have touched on the basketball style of attacking play they have adopted in recent years.

Speaking on the GAA Hour last week, special guest Kieran Donaghy spoke about the similarities between Dublin's forward play and a typical basketball style of attack.

"Their game management, they remind me of a basketball team when they are coming up against this defensive zone. They remind me of a basketball team back in the day when there was no shot clock... back in the 60's & 70's, before the shot clock, fellas would say, 'Hold on we are playing defence for two minutes, forget this' and they'd start coming out and next thing they'd be picked off."

Donaghy also highlighted Jayo's influence on this all-conquering Dublin side. When asked by Wooly if he could see Jayo's imprint on the Dublin forward line, Donaghy spoke glowingly about his influence.

"I do think his imprint is all over the team, the way they play, the way they handle zones, they way they pass and they screen for each other. If they pass you the ball, or someone passes your man the ball, you can be sure that he is running straight for you so that the guy coming on the loop is free."

Earlier this week, Alan Brogan also spoke highly of Sherlock's influence on this Dublin side. Brogan referred to Jayo as a 'thinking man's footballer' and the former Dublin star admitted that Jayo's influence is evident throughout the Dublin forward line. 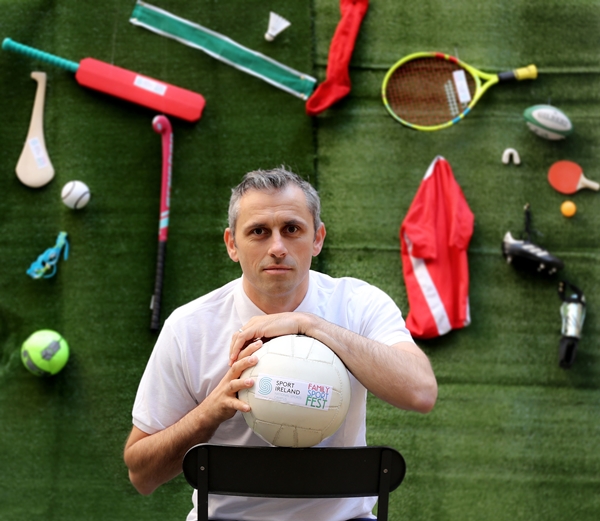 "Jason obviously has a basketball background and he's a thinking man's footballer. He thinks very deeply about the game and about how forwards move. He puts a lot of time into it and they have put a lot of time into how to create that space in the forward line and with a lot of men back there he's obviously heavily involved in that he's orchestrated all that from behind the scenes and on the pitch, there's no doubt that his fingerprints are on the Dublin forward line."

"He's there probably three years now and he's added something extra there and he's kind off challenged guys ina  different way, he is a very good coach." Brogan added. 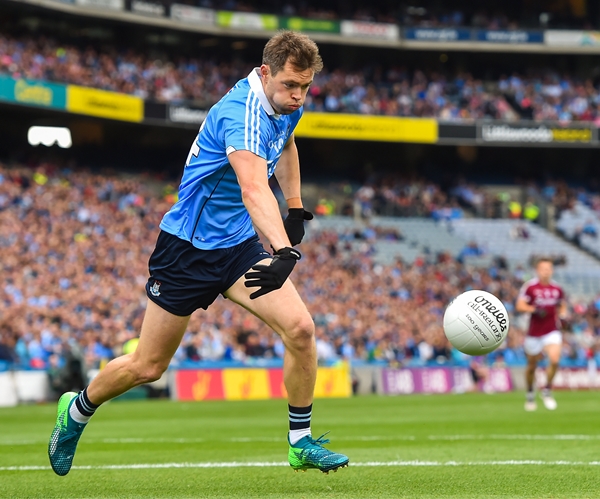 Jason Sherlock was always a fan favourite, he was the darling of Hill 16 during his storied playing career which brought an All-Ireland back in 1995 when he was only 19.

He was not only a fan favourite in Dublin but throughout the whole of Ireland.

Alan Brogan was speaking at the launch of the Family SportFest which is being held at the Sport Ireland National Sports Campus on Sunday, 30th September 2018.


popular
QUIZ: How many of the 10 most successful football counties can you name without making a mistake?
Conor McGregor and Floyd Mayweather 'in talks' about a rematch
Éamonn Fitzmaurice explains Aidan O'Shea's best position and how it can be used against Kerry
Matt Le Tissier says he asked Sky Sports why they never sacked Jamie Carragher
Patrick Vieira claims he was 'much better' than Roy Keane in new interview
Steve McClaren issues warning to Man United players
Two All-Ireland quarter-finals to be streamed exclusively live on NOW
You may also like
1 month ago
Just because they signed an autograph doesn't mean they're not hurting inside
1 month ago
Kilkenny, Dublin and Wexford could all still end up going out of the championship next Saturday
1 month ago
Familiar feeling for the Dubs as Kilkenny rack up a cricket score
1 month ago
"I realise on the far side that all of that stuff is not what it's cracked up to be." - 2011 reunion allows O'Sullivan to take it all in
1 month ago
"Jesus, no, if he finds out, he'll think I'm going soft now." - the social life of inter-county GAA players
1 month ago
Buff Egan calls it as Laois skin the Cats in O'Moore Park
Next Page