Genius of Ger Loughnane rings true in his believing players

As Pat Spillane famously once said, the viewer is only watching to decide if you're a bollocks, or not a bollocks.

Ger Loughnane could write the book on being called a bollocks. He's past it. Just looking for a rise these days. Hurling has moved on without him. The Sunday Game would be a much better place if they brought in some fresh, bush-beating hurling scientist.

You'd nearly fall into the trap yourself, so convincing is the case they'd make. Disgraceful this, ridiculous that...Outrage is like the outfit of the week nowadays and unfortunately, the touch-me-not clan have enough leverage to infect a nation. Yeah he’s a right auld bollocks isn’t he? A thundering bollocks.

But surely there's more to it than that.

The man has words at will and hurling is his specialist subject...of course there are going to be punchlines. Sometimes he does, admittedly, come down a bit hard.

'Pure constipated hurling' jumps to mind. Loughnane was remarking about his loyal lieutenant Dalo's Dublin then. The man who spoke about him with such passion way back when, but even more tellingly, still does now.

"The man who would die and has died for Clare hurling so that this day, his obsession might become a reality.

"A man who gave every last drop of sweat and blood he has.

The wheat is separate from the chaff. Life goes on.

The PC brigade roar all they want, no tomorrows and all that but the noise softens before the Feakle man. Water off a duck's back.

"This thing about criticism, if I criticise somebody," Ger begins at the GAA Hour Live in Ennis, 2018 "and then they come along and turn the thing around, turn from being folders or quitters to winners, I think your admiration is greater for them then, having done that, than team's who were winners from the very start. This has always been my policy..."

Ger has some story to tell. God be with the days.

As our longing for hurling grows by the minute, in this painful rise and strike deprived existence, looking back has become the new floor-filler. Classic games the new match-day. Ger Loughnane, the born again. With a spring in his step, this smooth talking, tracksuit-wearing evangelist has powered his way back into public view and truth be told, he was some detail in his prime.

A very stylish @Corktod interviewing Ger Loughnane before the 95 semi-final. @DooleyJoe having a gawk at proceedings after taking care of Down in the other semi. @SportTG4 #allirelandgold pic.twitter.com/Z9weiSqDmI

A hero for Clare people. The Tipp, the Cork, the Limerick, the Kilkenny and the Offaly lads will never forget him either, the unflappable prophet who upset the apple cart and did so with a mischievous grin adorning his face. 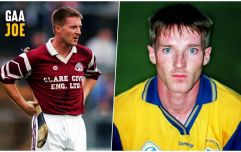 END_OF_DOCUMENT_TOKEN_TO_BE_REPLACED

The interviews with Tony, Marty and Ger delivered with such articulation and passion, the hair standing on backs of necks.

So great, for young bucks like this one too, who were too young for the summers of '95 and '97. Too consumed in the here and now. Too green to let it all in because no matter what way you look at it, Ger Loughane changed the game.

Back to the start.

Having earned his crust alongside Tipperary great Len Gaynor in Clare, Loughnane came back a second time; a second time with purpose.

"I said this time, I'm going to be ruthless with the thing. I went in the first night and it was after we'd been beaten in the League by Tipp, I said to one lad 'You pulled out of that challenge last Sunday," he says.

"Jesus, they were all looking at me because nobody has said this before.

"I just wish somebody had said that to me when I was playing that you backed down, you pulled out, because when that's pointed out to you, that's a test of your character then, you'll say to yourself, I'll show that fella, I won't back down again.

"That was the basis of the change-over in Clare. Everyone became totally honest about it - I don't mean playing badly - everybody plays badly sometimes, but backing down, it's inexcusable..."

END_OF_DOCUMENT_TOKEN_TO_BE_REPLACED

Under Ger Loughnane, Clare learned never to back down. The training sessions, the character building under Ger, Mike Mc and co. is almost legendary at this stage but for Jamesie O'Connor; golden boy of a golden era, there was much more to it than manic madness. 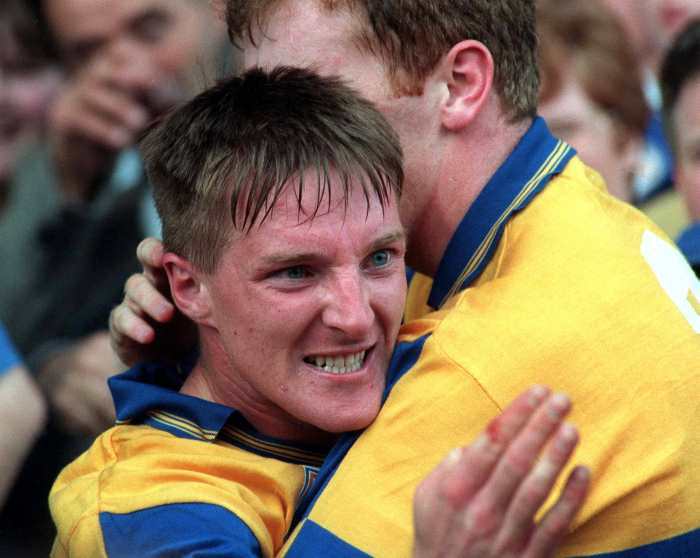 "Like all the great managers, he had that charisma, that intelligence. He had that sense of what to say, when to say it. He was a psychologist, there's no two ways about it. Like, he never let you get ahead of yourself at any time, you might have been feeling over-confident or whatever, and he might have a comment to chop you at your knees," he tells SportsJOE.

"He was exceptional. Nobody else would have got out of that team what he did. Probably his biggest achievement with that team was convincing us that it could be done...sometimes though, the training and the madness and all that side of it, I feel could have been over-played I mean, Ger was a hurling genius - the quality of his hurling, the quality of his training and the speed he got our hurling to, was unreal really," added Jamesie.

Ollie Baker talks about the "excellent reading of the game." "He had an excellent understanding of when a player was hot, if a defender was under pressure and that...There was a difference between if Considine or Mike Mc came in with a message, and if Loughnane did - one was you were getting it from the very top, the other important, but maybe not the most important," he said on The GAA Hour.

Anthony Daly was a guest on A Hurler's Life recently, and he clearly holds his old mentor in the highest regard.

"I think Loughnane was a sports psychologist in his own right, he could have been anything in life anyway I believe..."

"I have to say, Ger took it to another level. He was a savage in training, he went through you, he savaged you and then the Tuesday night before the game 'Aw Dalo, I never saw you looking so fit. They don't know who to put on you, you'd destroy any of them...Aw a genius, before his time. We were very lucky..."

Davy Fitz settled a number of scores in his memoir At All Costs, but you still sense he sees the goodness in Ger Loughnane. A man whose straight-talking Davy admires.

But we'll leave the last word to Conor Moore, the Loughnane impersonator who tells the best story of all.

"When I met him he just came up and he sat down and he goes 'Jeez you’re making a cunt of me ha?' and I was like 'Huh?'

"He says, 'What sort of stuff do you have me at at all? Out there in Thailand the whole lot.'

"And he goes 'I hope you make millions. Keep it up,'

“Sure it’s a bit of craic. I just kind of mixed your mannerisms and voice with Hugh Hefner and boom the public love it.” @conorsketches on meeting Ger Loughnane and how he nails his infamous impression. #IrelandUnfiltered

Maybe not that much of a bollocks after all.


popular
The SportsJOE 12 o'clock quiz | Day 136
The daily diet of Manchester United midfielder Jesse Lingard
Jadon Sancho to earn eye-watering salary at Manchester United
The SportsJOE 12 o'clock quiz | Day 135
"It's not about winning at underage. It's about building players and building people"
COMPETITION: Answer this survey for a chance to win a fabulous stay at the Trident Hotel in Kinsale
"When I signed for Munster, I didn't know Damian was coming as well" - RG Snyman

You may also like
4 months ago
We give you the All-Ireland hurling final, you tell us the man-of-the-match
5 months ago
Shane O'Donnell controls the ball without really knowing where it is
5 months ago
"Then we came along and we just won most competitions we were in"
5 months ago
The Tony Kelly show in the storm as forgotten man Shanagher shows his worth
6 months ago
Tony Kelly is still only 26 and that's a winner in itself for hurling lovers
7 months ago
The 15 best hurlers in the last decade
Next Page